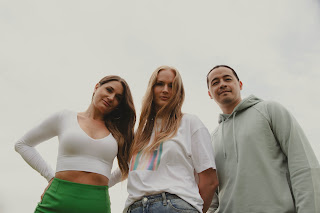 Selfish Bodies are a female lead alternative pop rock trio based in Edmonton, AB, who combine their love of writing with genre-blending, cinematic soundscapes and thoughtful lyrics. They believe music is a universal language.

What does the band want to say? Whatever their listeners need to hear. Selfish Bodies' goal is to connect with their listeners through the creation of relatable and heartfelt content.

Cathartic new single, "Bambi Legs," was inspired by insecurity. When self consciousness rears its ugly head, it can lead to a lot of fear and second guessing. This is a lonely feeling yet we are oddly united in it as we all feel this way at least sometimes. The duality of the feelings in the lyrics through the instrumentation is magnified as the song sways back and forth between a heaviness to a more lightheartedness. 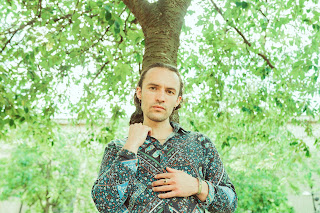 Hailing from South London, Dan Hatton is the latest independent artist to grace the Brixton boardwalk.

After a stint in the dizzying, high-rise landscape of the professional world, he dropped his calculator, quit his job, and picked up his guitar... which is why this debut single from Hatton is all the more poignant.

This is the second offering from Hatton's debut album which is an intimate introduction to what is sure to be an exquisite body of work. Dan Hatton is a singer-songwriter from South London. He loves mint tea, synths, and writing songs about love. 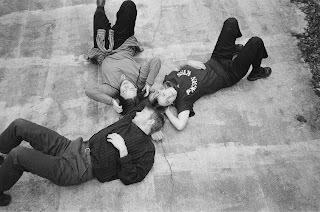 Womb have shared a final taste of their upcoming album Dreaming of the Future Again via brand new single, ‘When I See You’. Womb rarely fails to devastate their listeners and the slightly more accelerated ‘When I See You’ is no exception to the rule; a phenomenal teaser to their sophomore album, which is out digitally and on vinyl LP this Friday November 11th via Flying Nun Records.

“When I See You came to us in fragments; a chord progression arrived; then a verse; a driving beat; a guitar line; later, walking around at night listening to a demo of the song, the chorus finally came, the words “We could grow from here” circling round and round in my head.

This is a song about conflict: there’s a secret conversation going on between the ¾ guitar line that comes in at the start and the 4/4 timing of the rest of the song; the timings are clashing, each wishing to be heard, but in the end they are singing the same song.” - Womb

Womb · When I See You