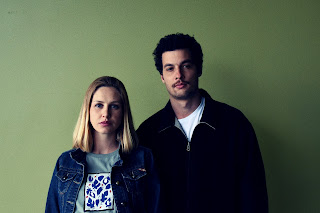 The Money War - Somebody Loves You.

It's something that we can easily lose sight of, but WA indie-pop songwriting duo The Money War are here to remind us all of an important truth with their beautifully special new song, 'Somebody Loves You', released yesterday.

The Money War is the musical and romantic partnership of Carmen Pepper and Dylan Ollivierre. Making music together since 2016, the BMG/Mirror Publishing-signed pair have toured with none other than Meg Mac, Dope Lemon, Holy Holy and were handpicked by Neil Finn to open for his shows. In addition to playing local festival FOTSUN, they've also crossed the seas for the eponymous SXSW, BIGSOUND and Southbound Festival. They've received a stack of nominations along the way, most notably having debut album 'Home' up for the Australian Music Prize.

With two albums, and three EP's under their belts after the release of 'Blood' EP in 2021, Pepper and Ollivierre continue to add their ever-growing catalogue of music. They now share the important message found on 'Somebody Loves You'.

The track's uplifting melody melts with sincerity from the very first taste. Generously encompassing the undeniable force of love, 'Somebody Loves You' is yet another gem that affirms their knack for songwriting, with the Midas touch afforded by the chemistry of their pairing. It's an instant classic that will leave listeners floating into the ether, or perhaps into the arms of somebody that loves them. 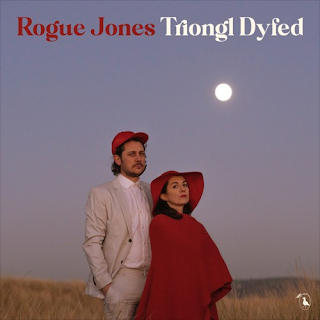 'Triongl Dyfed' (The Dyfed Triangle), was the name for the area of west Wales in which there were multiple UFO sightings in the 1970s and 1980s. The central concept of the song is an imagined conspiracy theory that the Meibion Glyndwr holiday cottage arson attacks were carried out by aliens.

Mostly sung from the point of view of the extra-terrestrials – the song borrows from ‘Mae Gen i Het Tri Chornel’ an old welsh nursery rhyme, quotes 70s rockers Edward H Dafis’ hit ‘Mae’n Braf Cael Byw Mewn Tŷ Haf’ (‘It’s nice to live in a holiday home’) and name-checks the legendary singer and actor Bryn Fôn, who was falsely arrested on suspicion of being a member of Meibion Glyndwr, as well as Owain Glyndŵr himself. Both Edward H and Bryn Fôn were extremely accommodating in allowing the band to reference them – Owain Glyndŵr’s silence on the matter is deafening.

As with the whole album, it was recorded in Tŷ Drwg Studios, Grangetown with Frank Naughton and features appearances from Llŷr Parri on drums and Harri Rees on clarinet with everything else performed by Bethan and Ynyr.

"We believe that the second home crisis in Wales is completely out of hand we believe that government should intervene to prevent house prices from rising so dramatically and to allow young people who grew up in the area to buy an affordable home where they live" said the band.

In case the lyrics get misconstrued; Rogue Jones are categorically not suggesting that burning second homes is the right thing to do - this is a song about aliens coming down from outer space to burn holiday homes. 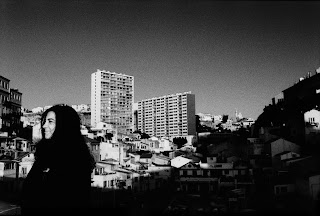 The Beirut-born now London-based singer-songwriter, Nadine Khouri is today sharing her new single, "Keep On Pushing The Walls" – the track emerges as the second to be lifted from Khouri's new album, Another Life which has found support so far from BBC 6 Music and Uncut. The new album, out November 18 via French label, Tailtres was recorded in London and Bristol with longtime collaborator, John Parish (PJ Harvey, Dry Cleaning) and follows her critically-acclaimed debut, The Salted Air which found praise from MOJO, Uncut, Clash, Drowned in Sound, Brooklyn Vegan and many more upon release.

On Another Life, Khouri and Parish take a minimalistic approach to both vocals and music alike: there is a serene, dreamlike quality to the songs, suffused with otherworldly, beatific textures. The soul-inflected “Keep On Pushing These Walls”, set to a stripped-down drum machine and Mellotron saxophones, is a joyous tribute to the late Canadian singer-songwriter Lhasa, who passed away in 2010 aged just 37.

“I wrote Keep On Pushing These Walls in tribute to the late, great Lhasa de Sela,” explains Nadine. “I'd seen Leslie Feist, Melissa Laveaux and others pay tribute to her life and work at the Barbican in London and came home and wrote this song. More generally, it's about songs written by another that open us up to ourselves, to each other and to the world.

“Lhasa was a one-of-a-kind artist, whose music has accompanied me all throughout my life,” she continues. “People often talk about her as an extraordinary singer or performer, but she was equally a brilliant songwriter and storyteller. I often wonder what Lhasa would make of the world today. Her humility, openness and quest for authenticity always inspire me. Her music was expansive, beyond language and genre - she sang from and for the soul.”