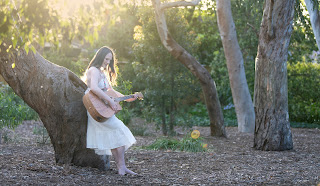 Karen Harding - It's Okay / Greener On The Other Side (feat. Cologne Chamber Orchestra)

Following on from previous single, ‘Strong For You’, Australian Singer-Songwriter, Karen Harding reveals the second half of her musical project with Argentinian P&M Records, with the dual release of ‘It’s Okay’ and ‘Greener On The Other Side’, featuring the Cologne Chamber Orchestra, on Friday 16th December 2022.

Written by Karen Harding and produced by P&M Records, ‘It’s Okay’ tells a story of self-frustration.. of believing that you should be somewhere, someone or somehow different than where you are.. and then allowing yourself to drop it and let go in compassion for yourself, letting yourself know that it is truly ok for things to be exactly as they are.

Co-written with P&M Records and featuring the Cologne Chamber Orchestra, ‘Greener On The Other Side’ was written when considering some big changes. It highlights the fears that come up with the change and questions whether what you imagine on the other side of change is truly the reality of how it is. Is the grass really greener on the other side?

“It was such an incredible honour to be able to have the Cologne Chamber Orchestra play on ‘Greener On The Other Side’. It has always been a dream to work with an orchestra, and to work with such a talented and world class orchestra is beyond my dreams” Karen Harding

Since her debut single release in May 2021, ‘I Didn’t Realise’, Melbourne, Australia singer-songwriter, Karen Harding has been on a journey of musical and personal exploration, determined to see what is truly possible in music and creativity. 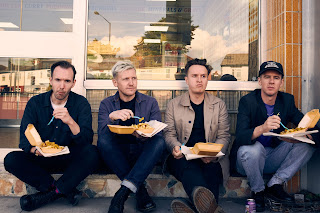 Dutch Uncles have released their new single “Poppin’" - the second track to be lifted from the band's long-awaited sixth album, True Entertainment, out 10th March 2023 on Memphis Industries. Named after the original demo of the track (as is tradition for one song on each of Dutch Uncles' previous albums), "Poppin'" was primarily composed by the band's guitarist and synth player Peter Broadhead and was partly inspired by Talking Heads' Brian Eno-produced albums.

Speaking on the lyrical inspiration behind the new single, vocalist/lyricist Duncan Wallis said: "Poppin' is a minimal take on the age-old anxieties, dread and fear we all experience at certain times - bumping into old faces hungover (or worse, not hungover), taking too long to answer the question ‘you alright?’, forgetting everyone’s name and constantly assessing if old faces were present at any moments of particular cringe in your past.”

Sharing new insight into the new album, Wallis commented: "True Entertainment is a soundtrack for the pursuit of anonymity within ever-changing societal norms, and the trappings that come with it. Those trappings are presented in a series of life-changing scenarios and epiphanies that include: abandoning one’s identity and accepting one's generation as a useless vessel; to suffering for betterment and dealing with challenges from other generations." 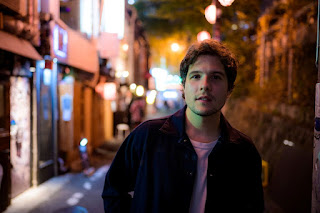 Brian Dunne - Sometime After This.

Brian Dunne makes his debut on legendary indie rock label Kill Rock Stars with his new single “Sometime After This.” A transcendent embodiment of the phrase “this too shall pass,” the new single is accompanied by a music video that finds Dunne in the role of a barstool philosopher wandering the empty streets of New York City searching for what it all means. Dunne has also announced an east coast tour kicking off next spring, with stops in New York, Boston, Philadelphia, Chicago, Nashville and more.

“At its core, this song is my way of saying ‘this too shall pass’ but in a way that feels honest, and not like a HomeGoods wall stencil,” says Dunne. “It starts with a big idea and gets smaller with each verse. The first one addresses the social and political state of things, and how sad it is that we can't even agree on what it is that we disagree about (and also has the first, and likely last use of the word ‘email’ in one of my songs). Verse two is about everything that led me here, to this particular song, and finds me asking a classic NYC vampire - a sacred character to me - what exactly to do with it. And verse three is just about a single cup of coffee and how it all just comes down to that; being grateful for a hot beverage.”

Slim Moon, founder and head of Kill Rock Stars, explains why Brian Dunne is right at home on the label: “KRS means different things to different people, but we’ve always had a wing in the building for great singer-songwriters. In the 90’s we had Mary Lou Lord and Elliott Smith. In the 00’s we had Thao Nguyen and Colin Meloy (Decemberists). In the 10’s we had Corin Tucker and Justin Ringle (Horse Feathers). Now, we have Mya Byrne and Brian Dunne.” 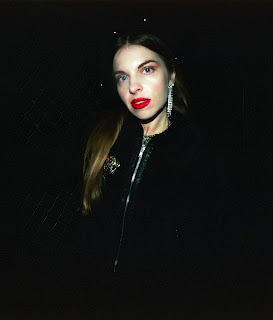 Here's a non-album cover song from Maraschino that will fit right in on your Winter playlist (but maybe not your Xmas playlist!). A cover of Yoko Ono's classic "Walking On Thin Ice" from 1981. When John Lennon was shot, he was famously holding in his hand a tape with the final mix of this song on it. So sing along friends.

Walking on thin ice
I'm paying the price
For throwing the dice in the air
Why must we learn it the hard way
And play the game of life with your heart?

"I knew a girl who tried to walk across the lake
'Course it was winter when all this was ice
That's a hell of a thing to do, you know
They say the lake is as big as the ocean
I wonder if she knew about it?"