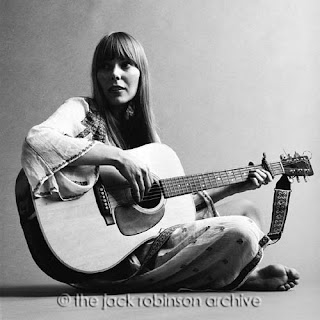 Joni Mitchell first played Club 47 in Cambridge, MA (USA), in December 1966, she returned for a second time in late April 1967.

While she was playing one night during November 1967 at 'The Gaslight South', a club in Florida, David Crosby walked in and was immediately struck by her ability and her appeal as an artist.

He took her back to Los Angeles, where he set about introducing her and her music to his friends.

David convinced a record company to agree to let Joni record a solo acoustic album without all the folk-rock overdubs that were in vogue at the time, and his clout earned him a producer's credit in March 1968, when Reprise records released her debut album, Song to a Seagull.

It is therefore likely that Joni Mitchell's third appearance at Club 47, a three night set of performances, from the 8th to 10th January 1968, were just prior to the recording of her debut album.

It is really something then, to have a good quality recording of an artist with the pedigree of Joni Mitchell, prior to their debut album, and from back in the 1960's.

This is Joni Mitchell live at Club 47, Cambridge, MA, USA, on her final night there back on the 10th January 1968.

Sound: This is a very good sound board recording.

Richard43 said…
Thanks for the memories. the club was in Coconut Grove (a beautiful hippy enclave in the sixties, before the place blew up into the Miami Vice version of itself in the eighties) just down the street from the (in)famous Florida Pharmacy. Fred Neil was another artist that performed there frequently.