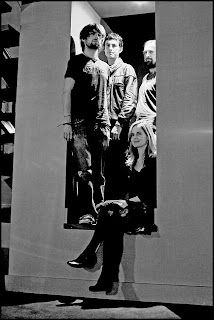 With SXSW just a month away there is no shortage of bands and artists looking to get noticed at the moment !

The Butterfly Explosion are a band from Ireland that blend powerful spiraling music with delicate vocals to form rich soundscapes of beautiful melodies, gliding between moments of ethereal dreampop and explosive sonic bliss. Well so says their promo and I have to agree they really are a breath of fresh air, and I hope get to be heard far and wide, they deserve it.

When UK webzine Drowned In Sound had a week of articles in April 2009 dedicated to the revival and diverse influence of the early 90s shoegaze scene, Butterfly Explosion were amongst the international artists highlighted as ones to watch.

Recording on the debut album Lost Trails began late 2008 with producer Torsten Kinsella (God Is An Astronaut) and is released March 1st 2010 through Revive Records. 'Closer', the first single, has been receiving extensive airplay from Ireland's leading alternative music shows such as Paul McLoone (TodayFM), featuring in his Best Of 2009 show, and Dan Hegarty (RTE 2FM) who described the track as "My Bloody Valentine meets M83 meets Sigur Ros in Heaven".

Following the debut album release, Butterfly Explosion will be touring between the UK (February) and Europe (April-May) with God Is An Astronaut, as well as the USA (March)
where they will be performing at the SXSW music festival in Austin, Texas. 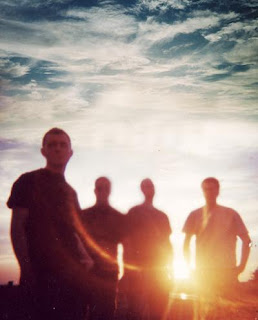 Shoreline Dream, originally from Denver, Colorado, has been doing-it-themselves from day one. Releasing their debut album, “Avoiding The Consequences” on their own label and on their own dime, the band built their sound and their fan-base by traveling around the West Coast and Texas, playing live and interacting directly with their fans. The result was a strong, gritty first album that was as sincere and humble as it was powerful and raw.

I know little about this band beyond what has been sent to me, however having given the featured track a listen, they get the thumbs up from Beehive Candy, who will be checking them out some more real soon.

I am reliably informed that a few years later, and now on their second full-length release, “Recollections Of Memory,” A Shoreline Dream has taken it a step further, recording the album in singer Ryan Policky’s “live-in” studio where they recorded all of their albums, but infusing it with a new found energy and fervor, partially provided to them by the newest addition to the band, drummer Sean Merrell. The songs carry with them the earnestness of a band that is still fighting to be heard and to make an impact, but that has done a significant amount of evolving and maturing since their early days.

With their second full-length under their belt, A Shoreline Dream has been pounding the pavement all year, bringing their music to as many willing ears as possible. With a new track, “Hypermode” receiving a lot of attention, an upcoming performance at SXSW, and a new video for their standout track “Manhattan Beach” just hitting the airwaves, there is a lot to check out right now in the world of A Shoreline Dream. Constantly in and out of the studio, working on an EP tentatively set for May and an LP expected to follow later this year, A Shoreline Dream shows no signs of slowing down. The band will continue to release tracks from their upcoming EP, as well as videos, as they make their way down to Austin. 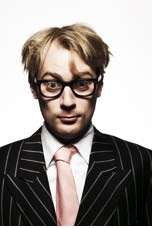 Since the age of 14, Norwegian singer-songwriter Julian Berntzen has dedicated much time and creativity in making music. Starting his first band with his father and friends, the musician initially focused on string swing music, later using those influences to progress to his current style. Writing and composing to express his individual stylistics, Julian Berntzen eventually teamed up with producer Hans Petter Gundersen. The combination of the two musical prodigies, children’s drawings, and unusual characters resulted in the mystical album Waffy Town, telling the story of a small town and its’ inhabitants. The unconventional album received instant recognition, including winning a Norwegian Grammy Award in 2003.

In more recent years, Julian Berntzen has continued down his musical path, including a follow-up album to Waffy Town, entitled Pictures In The House Where She Lives, and his third album Rocket Ship Love. Working with Universal Music, producer Kato Ådland, and a full orchestra, Rocket Ship Love was performed throughout some of the largest cities in Norway, receiving rave reviews and a Norwegian Grammy Award nomination in 2008.

Julian will of course be playing at this years SXSW so if you are fortunate enough to be there here is another artist to check out!
2010FM (Music and More)