As was the case with the first April 2010FM edition all the featured songs are at the bottom of this edition in one playlist.

I have already given some attention to Alcoholic Faith Mission this year, however with the forthcoming release of the new album 'Let This Be The Last Night We Care' (available on April 27th in the USA on Paper Garden Records) and those nice folk at said record label sending us another song by the band, I just had to give them another big Beehive Candy recommendation.

The band will be touring Japan and Europe along with the U.S. this year so keep a look out for tour details.

Roaring Colonel is the newest project of blogger-extraordinaire Dodge, best known for My Old Kentucky Blog which unfortunately became a victim of the recent Blogger-cide however a new site should now be up and running. Anyhow this is one fine song and the band hopefully wont keep us waiting to long for some more excellent material.

Another artist getting another mention on the Beehive is the lovely Dana Falconberry who finishes the eastern half of her current US tour later this week. On the road she is joined by the two ladies pictured above (Gina Dvorak and Lauren McMurray) on drum/banjo and keys respectively.

For those unfamiliar with Dana, she was a long-time collaborator with Peter and the Wolf and now is providing the world with some of the most beautiful folk music around with layered vocals and an angelic voice. This tour is in support of her most recent record Halletts which was released January 14th of this year. I received the charming demo featured below and could not resist adding her to our current feature.

Hot on the tails (I am told) of a couple of outstanding shows with Surfer Blood and Best Coast, San Diego's Lanterns drop their new single 'Pharaoh Beach'. The new track is a slight departure from their more punk-based roots, but this highly accessible jam is sure to get stuck in your head for days to come.

The band has been staking their claim in the San Diego scene, emerging along with fellow San Diegans Tape Deck Mountain, and becoming a go-to support act for some of the best touring bands out there. 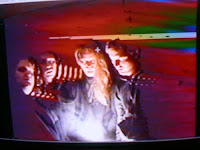 Survive presents a unique sound, which they mathematically describe as "murder rap - rap + 2012 + 1983 + rpg8 = 4 minds, one heart.". Nothing like keeping things simple eh? still this is really a very melodic instrumental piece and worthy of as attention. 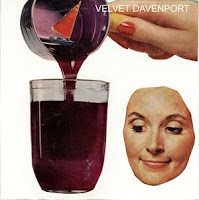 For some reason I thought I had already mentioned Minneapolis lo-fi psych sextet Velvet Davenport in a previous post however either I'm tired and missing the feature or I have dreamed the whole thing up.  Anyhow they released 'Get Out' back on March 30th via Shdwply Records and it is a jolly fine song.

Featuring Ariel Pink and Gary War, the trip down psychedelia road was accurately documented and premiered on Stereogum recently.

The songs "Get Out" and "Run" and another song called "Surfer Girl" were recorded in LA with Ariel Pink and Gary War on an 8-track in War's apartment. All songs were written by Velvet Davenport, while Pink and War play various instruments and sing on all tracks.

Finally for this edition we have Drew Danberry and a very gentle yet moving song interestingly called 'Nirvana By Kurt Cobain'. Following up where last year's Goodnight Gary left off, Drew Danburry recently announced the release of its companion album Goodnight Dannii, his seventh studio album.

Regarding the song he explains -  "I wrote this song after our car engine exploded in Ocala, Florida. We were stuck in the cheapest motel we could find living off a dollar menu at the Wendy’s across the street while witnessing our credit card debt mount as we paid for a new engine, and waited for the mechanics to fix the car. We had no income, I read at least five books in about two days and eventually even resorted to turning on the TV.

Feeling somewhat jailed to our fate, tour had already been plagued with bad luck and my wife was suffering (though bravely and silently) from the strain of finances and the constant struggle that makes up surviving on tour. All of this, and a little more, poured out in about two minutes with the kind of despair that plagues a mediocre artist realizing his inability to succeed at the kind of thing he’s been chasing for years. And as the hope fades away and he’s left to his absolute naked vulnerability, he realizes he ought to clothe his despair with the kind of clever outfit that would make others think a song isn’t really about him, that maybe he’s writing about someone he admires."