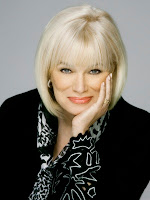 The second September edition is all over the place in a positive sort of way. Loads of different styles and moods from both new and established artists and we start with someone with real style and class. Grammy nominated Sylvia Bennett , (and we quote) the timeless smooth jazz and pop vocalist sings of love with a warmth, clarity and spirit that is enveloping and tender, showcasing the depth of her skill, talent and experience. She's sung with Lionel Hampton and she's sung for presidents - all with a singular style and intimacy that is hers and hers alone. Quoting some more however it's all pretty much 'on the nail' - 'Sylvia Bennett's big break came in the 1980's, when legendary vibraphonist (and National Arts Award Winner) Lionel Hampton took Sylvia under his wing and made her the first female singer to record with him in thirty years. She recounts, “Lionel validated me as a performer and inspired me to be the best singer I can be. He made me re
1 comment
Read more 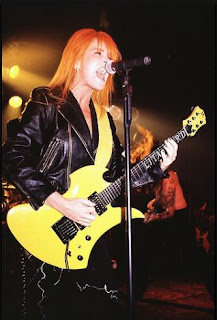 Keeping the emphasis on rock with a capital R for a little bit longer this is Lita Ford live at the Coach House, San Juan Capistrano, California, USA back in 1992. After The Runaways split in 1979, Lita began a solo career. Her first album Out for Blood as well as the title single were released in 1983 and had no luck on the charts. The next effort, 1984's Dancin' on the Edge  achieved moderate success. It included the single "Fire In My Heart" which reached the Top 10 in several countries. The next single "Gotta Let Go" was one of Ford's biggest hits. It reached Number One on the Mainstream Rock charts. Lita Ford toured extensively and made several guest appearances on TV shows for the next four years, but had no releases; a follow-up to Dancin' On The Edge, titled The Bride Wore Black, was abandoned and never released because Ford did not like the production of the album and this upset the head of her record label, leading to Lita switching f
1 comment
Read more 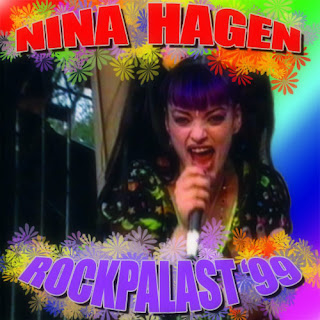 We think it only fair to admit that Beehive Candy has been a little gentle just lately with our selection of live concert material.  Well to help rectify this situation who better than the multi talented and highly energised legend that is Nina Hagen . This is Nina live in concert at Rockpalast in Bonn, Germany back on the 28th August 1999. The gig consists of a number of her original songs of which some are sung in English and some covers of well known English language songs that are sung in German. All of which provides some incredible twists and turns. As I do not speak German at all (except to say please and thank you badly) I can only guess of what is being said between numbers however whatever the language one cannot mistake high energy, passion and an element of the surreal. If you are not familiar with Nina Hagen but love any of the genres described below you will I think find this introduction a fascinating experience, if you are then this is a must have (yes we do say t
2 comments
Read more
More posts