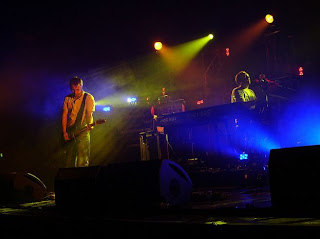 For lovers of instrumental music this is a stunning concert from Mogwai recorded live at The Gothic Theatre, Denver, Colorado, USA, back on the 3rd May 2006. Audio quality is superb and would pass comfortably as an official release. Five of the tracks are from the album 'Mr Beast' which was released just two months earlier on March 6th, 2006. For those of you new or unfamiliar with Mogwai, they are a Scottish post-rock band, who formed in 1995 in Glasgow. Wikipedia rather clinically states 'the band typically composes lengthy guitar-based instrumental pieces that feature dynamic contrast, melodic bass guitar lines, and heavy use of distortion and effects' . They do occasionally sing and track eight 'Cody' is a beautiful example of this dimension, however these guys are so good, that they just draw you into their layers and textures in every piece. Their style has been influenced by bands including MC5, My Bloody Valentine, Sonic Youth, Fugazi, and post-
1 comment
Read more 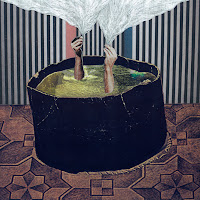 The final selection for September and a shed load of great music to cover, so plenty of copying from PR material to give some background on the artists, as is always the case take it as read that we like and recommend checking out these people. The Phantom Band was pulled together from all four corners of Scotland, settling on Glasgow as PB HQ. Duncan Marquiss (guitar), Gerry Hart (bass), Andy Wake (keyboards), Rick Anthony (vocals) and Greg Sinclair (guitars) are a volatile cabal of creative contradictions: a disorientating amalgam of music, art and performance that defies categorisation and provides an object lesson in how to forge something distinct and unique from well-worn sources. Checkmate Savage won plaudits from the mainstream music press and the indie blogs alike, finding famous fans in Peter Buck and comic artist Frank Quitely, while the influential music emporium Piccadilly Records named it their album of the year. Their new album may be The Wants, but what do The Phan
Post a Comment
Read more
More posts