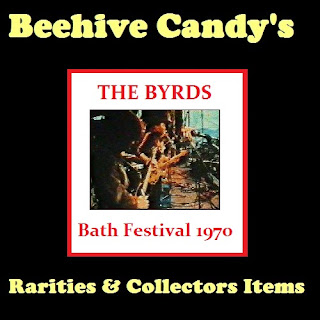 The Bath Festival of Blues and Progressive Music took place at the Bath and West Showground in Shepton Mallet, England over the weekend of 27th and 28th June 1970. The line up included a good number of major American acts (inc Jefferson Airplane, Frank Zappa, Steppenwolf) and from the UK the likes of Led Zeppelin and Pink Floyd. The festival suffered from some appalling weather at times and also from traffic jams getting to the venue which affected some acts. The original schedule of artists times for appearing went disastrously wrong and delays eventually meant acts appeared through both nights and into Monday morning. The Byrds appeared on stage, in the early hours of Monday 29th June and the following from the festival archives site takes up the story - It was really late, something like 2 am . We were down the front, as the hordes of Zep fans had gone home. It was wet windy and cold, the Airplane had left the stage because of shocks from the mic's. But the Byrds were ma
8 comments
Read more 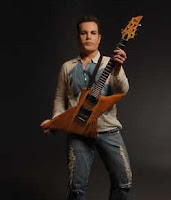 2011Candy takes up from where 2010FM left off, however this year we hope to expand the feature along with Beehive Candy in general. In the meantime the new music just keeps on coming and we are delighted to start of the new year with some fascinating artists and music from a variety of genres. Background: Michael Lee’s debut EP Hold On Till Heaven is Lee’s first foray into original music, and he has a great supporting cast: John “Rabbit” Bundrick on keyboards (The Who, Pete Townsend, Roger Waters, Mick Jagger, The Rocky Horror Picture Show); Steve Bundrick handled production and added drum tracks and producer/engineer Kirt Shearer (Cake) handled the mastering. Lee plays guitar, bass and sings on the album, while exploring issues such as faith (“Believe”), vampires (“Lost In A Touch”) and the evil stench of Paparazzi (“Mind Your Own Business”) in wonderfully post-pop rock arrangements. Hold On Till Heaven is just an appetizer for what’s to come however, as the project took on a life
Post a Comment
Read more
More posts