This is Jerry Lee Lewis and the Memphis Beat with special guest Carl Perkins recorded live at the Wembley Arena, London, on Friday 17th April 1981. In the 1960s, Lewis's attempts at a comeback as a rock and roll performer had stalled during four years with Smash Records until he began recording country ballads. He had already recorded a country-oriented LP for the label Country Songs for City Folks. In 1968, his single "Another Place, Another Time" became a Top 10 success and led to a string of Top Ten singles including the 1968 number-one country single "To Make Love Sweeter For You" that brought Lewis renewed stardom among country music fans, much like that which ex-rockabilly Conway Twitty began to cultivate during that same time. His shift to country reflected the fact that he had grown up listening to the Grand Ole Opry. Jerry Lee Lewis's country hits during this period include "What's Made Milwaukee Famous (Has Made a Loser Out of Me)"
1 comment
Read more 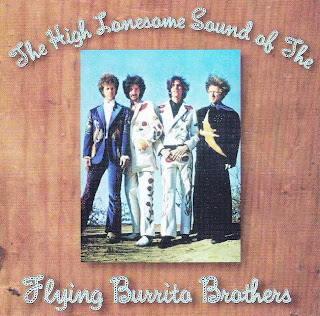 This is The Flying Burrito Brothers performing live at the Seattle Pop Festival held at Woodenville, Washington on July 27th 1969 (tracks 1-15) and additional material from a gig in Wynona, Minnesota in May 1970 (tracks 16-21). This bootleg was called "The High Lonesome Sound of The Flying Burrito Brothers" and was originally released on Gold Standard (Scorpio Records). The history of the Flying Burrito Brothers is long and checkered. The definitive line-up began with two ex-Byrds, Gram Parsons and Chris Hillman, and soon added a third, Michael Clarke. Both Gene Clark and David Crosby guested on recordings by the Burritos. Gene Parsons and Skip Battin would play with subsequent incarnations of the group. Indeed, the band went through a ridiculous number of iterations over the years, many of which had only the most tenuous of connections to the definitive Parsons-Hillman line-up. Ironically, even Gram Parsons had a fairly flimsy claim on the name when he took it over f
5 comments
Read more
More posts