Showing posts from September 4, 2011
Show All 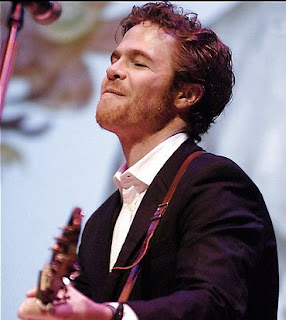 Internet Archive Replacement - This is Josh Ritter live at The Rivoli, Toronto, Ontario, Canada back on January 29th, 2005. This is a solo set recorded to a high standard and a must for any fans of his music and a great acoustic introduction for others. Josh Ritter was born in Moscow, Idaho in 1976. As a teenager, after hearing Johnny Cash and Bob Dylan’s “Girl from the North Country” on his parents' copy of Nashville Skyline, he attempted to write songs on a lute that his father had built, before abandoning the lute and buying his first guitar at K-Mart. Josh Ritter attended Oberlin College to study neuroscience, but later changed his major to the self-created "American History Through Narrative Folk Music". At the age of 21 Josh recorded his first album Josh Ritter at a recording studio on campus. After graduating, Josh moved to Scotland to attend the School of Scottish Folk Studies for six months. Josh then moved back to Idaho for a few months, before moving to Pr
Post a Comment
Read more
More posts