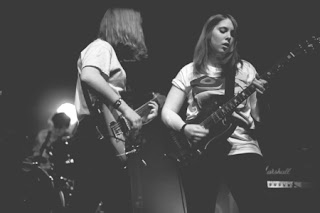 Baby In Vain - Muscles - The low down - Copenhagen’s all girl rock trio Baby In Vain recently released  a disorientating blues-sludge and ferocious new single ‘Muscles.’ Despite having an average age of under 20, these three musicians have amassed acclaim across the globe and shared stages with the likes of Ty Segall and Thurston Moore and are about to embark on a two week run opening up for The Kills. They kicked things off in LA a couple of days back and will return to LA for a headline slot at The Echo on August 11.

‘Muscles’ comes as the band put the finishing touches to their debut album, due for release late 2015. Baby In Vain take the templates laid out by the likes of Black Sabbath, MC5 and The Melvins and skew them with youthful, experimental abandon, to create something completely unique and truly invigorating.  It is filthy rock with dirty guitar riffs, complex and detail rich compositions, ear catching hooks, and screeching callback vocals. Being but 19-21 years of age, the three girls have impressively fast found their own place in a genre most often dominated by middle aged men.

You just would not mess with this band. Move aside my aged rocker friends your jobs have been taken. Should The Kills not be opening for Baby In Vain? 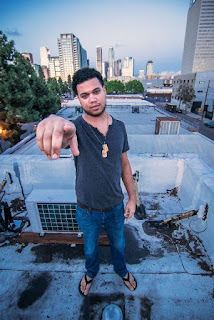 Ethan Tucker - Little Wing (cover) What you need to know - Singer songwriter Ethan Tucker is definitely staying busy as he wrapped up his recent tour with John Butler Trio and prepares to hit the road again starting August 22. With the recent release of his album Misunderstood, Ethan Tucker is receiving accolades for the impressive collection of diverse and well produced songs. Steadily building his fan base Ethan Tucker looks forward to meet his fans and gain new ones while on tour.

Still riding high off his recent performance this past Spring at the Cali Roots Festival with his band, as well as guest appearances on during the sets of Michael Franti, Slightly Stoopid and G-Love, Tucker has garnered a growing fan base, which appreciates his authentic delivery of his songs.

Performing songs from his third studio album, Misunderstood as well as some signature covers, fans can anticipate seeing Tucker strip his performance down to his voice and guitar alone, showcasing his ability to connect with his audience through his music and leaving his heart and soul on stage is an attribute the fans admire and love!

Ethan is looking forward to the collaboration with the legendary Buddy Guy as he opens up for him for the second time this year.  The first stint had Ethan opening for Buddy Guy in the heart of Texas, now on the East Coast Sept 26th - Oct 2nd.

If you are going to do a cover of a Jimi Hendrix anthem then learn from Ethan. Start with respect and then put your own stamp on it. This has been around for a while but the tour news makes a great excuse to feature. 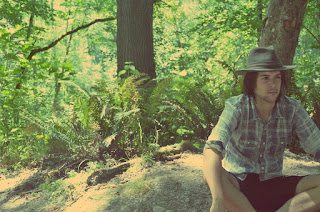 Wickerbird - Bugbear (From the forthcoming album  'The Leaf Maker') - Background words - The Cascadian region of the Pacific Northwest is a special place in America, a fact known well by Wickerbird AKA Blake Cowan. When writing the follow up to 2012's The Crow Mother and 2013's The Westering, Cowan secluded himself in a trailer on Washington's Mount Rainier and found inspiration in the forest and even recorded some of nature's own notes, recording them and featuring them on his new album, The Leaf Maker, out September 18th.

Wickerbird is Blake Cowan. Homesick and disillusioned by his impending transition to mature society, he concluded his sophomore year of college in New York City and returned to his native Washington State. There, in a borrowed trailer, buried among the foothills of Mt. Rainier, he found respite. It was in this time of stasis and lucidity that he resigned himself at last to open his consciousness, confront the haunting truths surrounding life and to draw his own answers from the unanswerable.

The sounds of Wickerbird are the manifested revelations and madness begotten in his mountainside reveries. More, they are the hymns of the mountain itself, sonnets from the wooded deep to the fill the silence, soaking into the cracks and crevices. His second full-length record, “The Leaf Maker” finds its lead character in the forest--the bird calls and pattering rain and snapping fire all as crucial and telling as the whispers and guitar that surround them.

Somehow Wickerbird manages to transport me into some far off woodland, where the peace is gently accompanied by this dreamy music. Something special going on here. 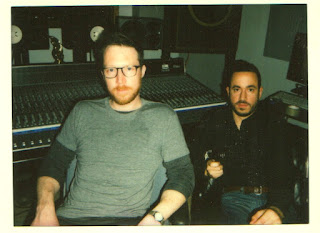 Zombi - Pillars of the Dawn (from 'Shape Shift' coming October 16, 2015) - and we are told - The prolific instrumental duo of Steve Moore and A.E. Paterra, known as Zombi, have announced a long awaited new album Shape Shift, due via longtime label Relapse Records on October 16. The album marks a return to the group's prog-inclined rock roots after a detour into electronic textures on previous albums, a path that had been informed by pursuing the group as a long-distance studio project following their withdrawal from live performance in 2007. Energised by their return to the touring circuit in 2013 (supporting Italian horror soundtrack legends Goblin), the band resumed regular rehearsals to compose as a unit. The resulting album is their most cohesive and representative to date, nine songs brimming with head nodding beats and hypnotic keyboard runs. Moore commented on the new material: "It's a rock record - think of it as a follow-up to Surface To Air. There are no techno jams or symphonic prog fantasies. No solo track interludes. We have officially moved from 'studio project' mode back into 'live band' mode."

It would be neither difficult nor unfair to cite Zombi as a catalyst for the multitudes of soundtrack-oriented synth acts in their wake and the recent surge in reissues of original horror and sci-fi soundtracks. Formed in Pittsburgh in 2001, Paterra and Moore bonded over shared love of the soundtrack works of Fabio Frizzi, Goblin, and John Carpenter, choosing a moniker that evoked the work of the Iron City's premier horror auteur George Romero (Zombi was the title of the Italian release of Dawn of the Dead). Creating a signature sound out of bass guitar, drums, and analog synthesisers - and demonstrating how to play them all simultaneously in the live setting - their taut musicianship and sterling arrangements create an unmistakable atmosphere, unifying fans of metal, indie rock, horror soundtracks, new age, and dance music, with their prog-minded brethren across the aisle. Zombi have made an indelible mark on several marginalised forms of music, a mark which will deepen even further with the release of Shape Shift.

A long, long time ago in a Galaxy far, far away I used to indulge in privately listening to Prog Rock. Then punk came along and we all had to pretend that prog was history and this was just what we had been waiting for. But prog was made of sterner stuff and Zombi go full on, blazing along. Still all the same best keep my old listening habits between ourselves - thanks.