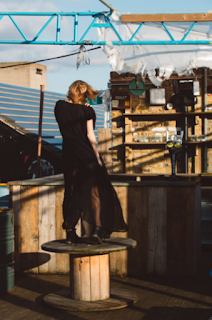 Hannah In The Wars - 'Only Wanna Be'

Background Info - Songwriter Hannah Curwood originates from the stark, remote region of Central Otago in New Zealand. Now based in London, Hannah in the Wars is the result of working alongside Roger O'Donnell of The Cure and a handpicked group of musicians.

Both 'Only Wanna Be' and B-side 'Sweet Release', lifted from the critically acclaimed album, were written following the breakdown of a relationship and Curwood's decision to move half way around the world to start afresh. Of the songs, she says their creation came easily and, despite the subject matter, they have come to occupy a positive space in her mind, particularly after seeing them so well received by audiences on her recent two month tour across the UK, Ireland, New Zealand and Berlin.

I have spent the last few minutes going back through all the new music features since we returned, as I could not understand why I have not featured Hanna In The Wars already. Three times I have been sent info on Hanna since April and finally my ears discover her beautiful music. 'Only Wanna Be' is lifted off of the wonderful debut album, the B-side is equally superb and you can find out more on the Bandcamp page (here). If you like the single, the album is a definite for your collection. 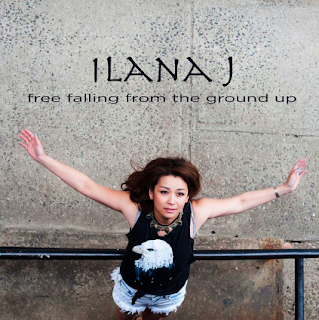 Ilana J - Free Falling From The Ground Up

Background Info - Ilana J is a British singer songwriter. Having turned down the opportunity to enter the prestigious London College of Music at thirteen in favour of a more traditional academic education, a successful healthcare career followed, but her soul has always craved a more creative outlet.

Following an extended visit to the US in 2008, Ilana made the decision to devote her life to songwriting and recording, diving into intensive musical training on both the guitar and the piano, and immediately writing prolifically, as if the lyrics had always been there just waiting to find their way out.

Ilana J's musical style has evolved naturally, influenced by the likes of Sting, Coldplay and Keane, and although her musical journey has been a solitary one, her passion has brought her to the attention of key people who have worked with her to nurture her talents. A chance meeting with Mark Alexander, ex-keyboard player with Meat Loaf, has resulted in him becoming her producer.

The resulting debut EP 'Free Falling From The Ground Up' is inspired by how she feels now that music is back in her life where it belongs; " I am letting the music and the lyrics 'free fall' out of me and am growing everyday from the 'ground up' which is intensely fulfilling on a whole new level".

The six track record has provided a single which will be released on September 14th 2015. Entitled 'Paper Planes', the track was inspired by her trauma as a teenager when her younger brother tragically died. With the passing of the years the pain has receded and this song is dedicated to his memory with a message of hope and peace. The accompanying video, filmed in New York City, will be released in the first week of September.

Ilana's songs express simple and heartfelt themes of love, joy and real life; influenced by her own life stories and her core values of love and appreciation for the beauty of the world we live in.

I feel like I am being spoilt today. Ilana J just has 'that something' which takes a fine song to a higher level. Well crafted words, a voice that infuses, and music that could not be more complimentary if anyone tried. I may be to old to be a gushing fan, so I will just calmly say, another one for the music collection. Website (here).