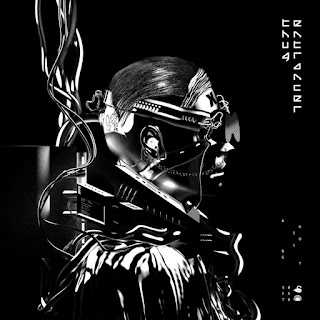 Background - Thug Entrancer, aka Denver-based producer Ryan McRyhew, has announced his sophomore full length Arcology is arriving via Daniel Lopatin's forward-thinking electronic label Software on March 4th. A sonic narrative of an imagined alien colony existing between the fabric of known and unknown worlds, Arcology explores high tech / low life society, mechanical structures, and data-driven humanity in an evocative techno framework. Though conceived in a similar improvisational womb as McRyhew's debut, the new album moves from the free-form foot workouts of Death After Life with an expanded palette vibrating brightly with melodic deployment.

McRyhew did not sculpt Arcology's universe alone. Milton Melvin Croissant III designed the album's artwork, live visuals and forthcoming video pieces, the offspring of an expansive collaboration and a lifelong friendship between the two Coloradans. At the outset of recording, McRyhew and MMCIII spoke at length on the theme of world building: "What interests us the most in science fiction... is the ability to construct a new universe, culture, and environment," notes Croissant III. "World-building is something we strive for individually in each of our creative practises. The ultimate goal of this collaboration is to use the music of Arcology as a framework to create a universe."

"The album title stems from the idea of a structure or object that is entirely self-sufficient and life-generating with little to no outside influence," notes McRyhew. Thug Entrancer's new odyssey expands on DAL's themes of isolation and displacement by envisioning how similar emotions would play out in a fantastical environment. Arcology scores a VR addict's routine or a sleepless night in a still-suit, a suite of anthems for the sci-fi lover and dystopian dreamer.

There is something about 'Curaga' that works for me. The music seemingly snakes and weaves within itself, at times quite intricately. All of this needs the order of the constant dominant beat, the result makes next years album, one to look forward to. 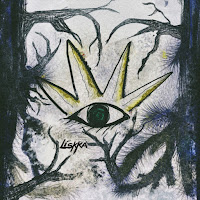 Words from Liskka - 'Keep Me Awake' is a spooky, dripping wet, autumnal song that utilizes real instrumentation such as Oboe and Trumpet, samples, and alluring vocals to create a gorgeously exciting, and cinematic song.

'Keep Me Awake' takes cues from glitch, electro pop and Modern R'n'B, whilst managing to sound absolutely nothing like any of them. Warm organic sounds of horn and piano litter the track, adding a beautiful respite to a fairly restless scene. Meanwhile, self-referential stop-start samples emphasise the glassy alien tone, all combined, it amounts to an interesting journey.

After toying with several demos, we decided to quietly release a 5-track EP to help define our sound. A clear winner was the combination of electronic glitch and organic instrumentation.
Following that EP is 'Keep Me Awake' which we think is both a continuation and the beginning.

Now I really do like this song. Each layer fits beautifully together, the music is a concoction of ideas and instruments, that playfully work wonders, supporting the vocals that take it all even further. 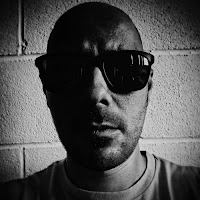 Background - FERDI-F is a a session drummer, recording engineer and producer with a unique approach to his blend of EDM.

Boasting over twenty albums (involved as an engineer) and ten single releases of his own material, FERDI-F set out to develop a sound that is all about connecting with listeners through high-energy release, uplifting melodies, and a floor-shattering beats not unlike influential performers such as Hardwell, Tiesto or Steve Aoki, just to mention a few.

This has been around for a few weeks, however it's to good to ignore. As you might imagine the drums are clearly a key component of the music, but by no means the dominant part. This is more stripped down than a lot of house music and as a result the tiny and detailed parts stand out more, much to my ears delight. 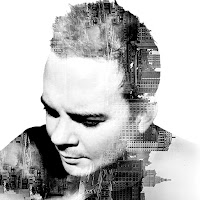 The Weather - Too Late.

Background - After ten long years in the desert, Isaac James is back with a new electronic project, The Weather. Shaking of previous vocal house roots, The Weather has emerged with a TB-303 Bassline synth and cut up sample attitudes to produce uplifting debut "Too Late" Releasing a string of house hits in the 2000??s through Sony Music, Central Station and Vicious Vinyl, Isaac is no stranger to the scene, responsible for the 'Dirty South remixed "Just Can't Handle this" and single ??Baby Likes It? which charted at number 4 on the UK dance charts and gained global TV and radio play.

Under a new moniker and with a fresh new direction, The Weather now makes a new home in the world of uplifting electronica; carefully melding samples, analogue synths and vocal drops in this refreshing sonic reinvention.

'Too Late' just puts me in a good mood. The vocal lines are a delight and the chunky bassline synth just punches (and punches) the beat out. Clearly a lot has gone into this, the result is something quite uplifting.