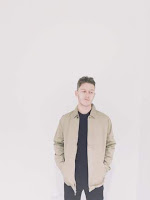 LeRiche introduces himself - I'm 22 years old and I'm from Port aux Basques. My passion for music began at an early age, first stretching my fingers out on a six-string at the age of one. After years of playing local establishments across the island of Newfoundland, I'm thrilled to be upon my first commercial release, Rain.

In this release, I'm supported by a string quartet, percussion and the sound of rain falling (captured on microphone) through an open window at the downtown Toronto studio as the track was being recorded.  This will be the first look at new music from my debut EP Quiet Steady which is set for release Summer 2016.  The album delves deep into strong memorable melodies at the core of my music.

The only other band I know who recorded rain with a live mike through an open window was The Who (Quadrophenia). OK music lesson over and to LeRiche. 'Rain' is a gentle and melodic song, with LeRiche's vocals reminiscent a little of Jeff Buckley, in as much as they are so natural and sincere. It's a fine introduction and one that sets the EP up, as a must listen. 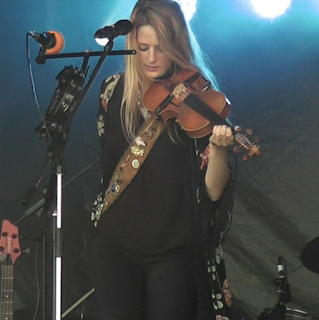 And The News - Friday 27th November 2015, the day history is made by Joni Fuller, an award-winning songwriter and classically trained multi-instrumentalist. Joni Fuller will be releasing her high-energy, indie folk/pop song  'Everybody Says So' through existing digital outlets, but the track will first be available on Aurovine, an revolutionary platform which utilises the recently launched music industry currency AudioCoin.

Aurovine allows music fans to connect and support emerging artists by listening, rating and sharing tracks, earning AudioCoins for both parties which can be exchanged for other currencies, stored in an offline wallet to earn interest or used for transactions on Aurovine and other websites. Through revolutionary blockchain technology, Aurovine provides super transparent and fair revenue splits to the artist, songwriter and anyone with a tangible stake in the making and promotion/distribution of a record. Even fans can become an integral part of the project with an innovative crowd revenue share feature.

Born in Lytham-St Annes, Lancashire, Joni Fuller's first solo performance was made at the Montreux Jazz Festival when she was just twelve years old. Since then she has honed her craft the traditional way,  performing extensively in the UK, mainland Europe and North America. Known for her high energy, instrument swapping solo performances, Joni combines sublime musicianship with ground breaking looping techniques to build a wall of sound live on stage.

So all of the above is about 'Everybody Say So' and I have featured 'The Penny'. Well 'The Penny' is a great introduction to Joni Fuller, and it only seems fair to support her Aurovine release by encouraging a visit to her page on the site. Joni's Aurovine link (here). Both are really good songs indeed you can checkout more on her website (here). Right I'm off to figure out how Aurovine works - enjoy.