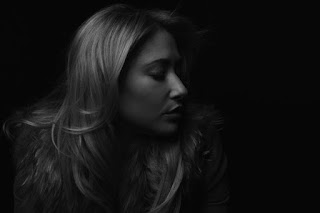 Background promo - At first glance, one wouldn’t guess that Anna Rose, the adorably petite blonde with the sugary name, is a fearless, unabashed, mind-blowingly talented Rock and Roll powerhouse.  But, Rose, in fact, is walking, singing proof that big things most definitely come in small packages.   It’s no wonder that Pancakes and Whiskey declares her a “complete badass.”

Anna Rose is gearing up for the release of her new EP, Strays In The Cut, a collection of six mesmerizing tracks that find the singer/songwriter pushing her musical boundaries. “I am very much an album artist and a storyteller, so the idea of scaling it all back to the size of an EP was a challenge in itself. It forced me to look at the songs in a different way, the production, everything. These six songs needed to tell the whole story. The limitations I placed on the length made the process so much more imaginative in every other aspect.” shares Rose.

Strays in the Cut is the much-anticipated follow-up to Rose’s Beyond a Pale Horse, which Flashwounds declared a “deep swirl of Blues and Rock and Roll” that “beautifully represents the many dark and beautiful corridors of the human heart.”  Beyond a Pale Horse introduced us to Anna Rose’s dynamic voice and effortless command of the guitar; each song highlighted by attitude and pure grit.  Undoubtedly, Beyond the Pale Horse cemented Rose as a veritable force, with hard-driving Rock and dirty Blues coursing through her veins.

In 2012, Rose also gained attention for her sultry take on Arcade Fire’s “My Body is a Cage,” which is currently available for download on iTunes. Cover Me Songs premiered the track, affirming, “The sparse cover showcases her effortlessly soulful singing.” Since then, Rose has shared the stage with a variety of notable artists, including: Crystal Bowersox, Howie Day, Teddy Geiger, Tyler Hilton and founding member of Live, Ed Kowalczyk. The consummate artist, Anna Rose lets her spirit shine through with every performance, while captivated fans hang on every note. Anna Rose is set to play the Brooklyn Bowl on January 27, 2016 with more dates to be announced soon.


'Start A War', may be a little laid back, however the tension and drama in Anna Rose's voice simmers, as this gentle bluesy song unfolds. If the EP is as good as this, we have something special to look forward to. 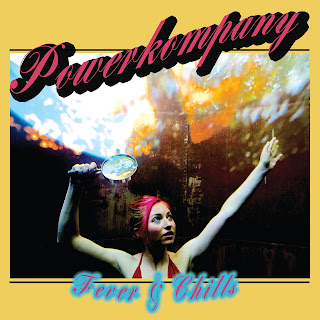 Background promo - Powerkompany's compound noun name is hardly coincidental; by the sound of their first single off their upcoming two-part LP Fever & Chills, it's completely possible that they are a fully functioning power station (but not the Robert Palmer/Duran Duran supergroup). "Can't Cry" features vocals by the band's Marie Davon that are so massive that not only has the song been probably powering our entire office like a mini nuclear reactor, but it gives Diane Lane's performance in Streets of Fire a run for its wallet.

Fever & Chills was recently completed at Chase Park Studio in collaboration with Andy LeMaster of Bright Eyes and Azure Ray fame. The two-part LP is made up of two sides of six songs that reach into the depths of the most orchestral music that permeated a more fun era in pop music, like in the 1980s, although there are hints of cabaret whimsy throughout that wouldn't be uncomfortable living in a dark, 1920s opium brothel. The album is out February 5th 2016, and its playful score and powerful vocals are a must for anyone who loves their favorite records to dabble in the cinematic.

'Cant Cry' is just a taste of what is one very good album. Songs are imaginative, diverse and some are splendidly big in production. The sheer variety that comes across, in the twelve tracks that make up the album, left me wondering why they chose 'Cant Cry' as the 'streamed' song. I guess you have to start somewhere, and it's a good song, it needs to be to get on the album.