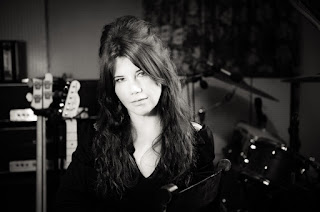 Background promo - With both BBC and Irish radio support for her debut album “Shadow Lands” , new single “Blue Girl” is available on download on 29th February. The single takes you back to the 1960s Phil Spector “Wall of Sound” girl group soul era, with Linda’s pure and raw vocal beautifully intertwining with the soulful backing singers.

Linda’s lyrical narrative has a nostalgic feel to it bringing back the early days of Woodstock, with some saying that she has an old soul for such a young woman. No surprise when she quotes Joan Baez, Carole King and the husky laments of Melanie Safka as her song writing influences. Performing at the credible 100 Club (London) and Ifracombe Folk festival her set up can be acoustic or with her full seven-piece band, which includes soul backing singers and a mandolin/ bodran player bringing the Celtic vibe to the music.

Linda’s clear, warm, sultry vocal draws the listener into her musical story telling throughout her album “Shadow Lands”. What‘s unique is the extraordinary mix of other influences that create Linda’s original Roots sound. There is folk (revisited from a current London / Irish cultural perspective), a bit of rock, Celtic, American blues and even a hint of Ska if you listen closely. The overall production of her songs take you  back to the 60s/ 70s sound pulling you right back to Woodstock  with an overall modern day eclectic feel.

Getting straight to the point, 'Blue Girl' is, in my personal opinion an absolutely stunning song. Vocally it has passion, style and heart. Add in the wonderful harmonies and notably cool music delivery, and you may have spotted that I really like it. The song strides across genres, it's a melting pot of ideas, held in harmony by the clear commitment to deliver a top class piece. 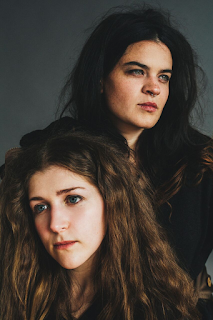 Background promo - New York-based Overcoats’ female duo Hana Elion and JJ Mitchell announces the release of their newest track, “Nighttime Hunger,”. Hana and JJ are also pleased to announce they will be heading to SXSW, where they will be playing in the official showcase.

The new single is a step towards a darker, more ambitious sound. Grounded in the duo’s trademark soulful minimalism, the song is about the fears that subside by day but emerge and consume us by night. Bullett Magazine says “it almost sounds sweet and innocent. But there’s a lot of threat implied in the lyric of their song.”

The girls’ most recently finished their three-month tour overseas in support of their first EP. This tour included notable performances including showcases in London, a headline show at Dublin’s renowned Whelan’s, and a set at Longitude Festival alongside the likes of James Blake, Hozier and Ibeyi. They have since been packing various NYC venues such as Rockwood, Pianos and Mercury Lounge. The girls head down to NPR’s Mountain Stage later this month.

Those who’ve had the pleasure of seeing the girls live know that Overcoats’ is more than a band, it’s an artistic bond whose unique telepathy palpably resonates with their audiences.

Somebody is determined that my weekend gets off to a great start as far as the music goes. 'Nighttime Hunger' charms and delight in equal measures. The minimalist style is apparent within the musical accompaniment, however this unleashes the vocals to interact wonderfully.