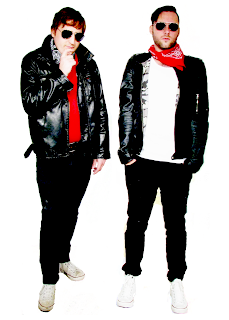 Shapes On Tape - My One and Only True Love.

Background promo - "My One and Only True Love' is actually about my one and only true love. It's about my girlfriend. It is a factual account of just a few of the things that make her a marvel of nature. She was a ballerina but should have been a drummer in a riot grrl band--or perhaps both. She did go to space camp two years in a row, as well as art school. There's no question that she is the smartest, funniest and best woman to ever be able to put up with me. Also, it explores a Faulknerian inspired notion that the very specific actually creates and ironic sense of the universal, but that is very much secondary."

Shapes on Tape was an arranged marriage. In 2012, Jason Matuskiewicz left behind a reasonably decent job as a young litigator in a relatively secure law firm to move to New York City and "make it" with his band. A solid career move to be sure. His famous last words were, "If I had known it was going to be this easy, I would have moved to New York a long time ago." Hilarious. Spoken like a true fool. As the labels and other industry types began to gather, and various kinds of deals were offered, the band did what many bands do under pressure of any kind. It completely imploded.

Having nearly attained his wild dreams only to have them snatched away did not affect Jason in the least of little bits. Or so he told everybody. His girlfriend, however, did not believe him, and to this day claims evidence to the contrary. She demanded that her friend, genre-hopping producer/multi-instrumentalist and 90’s groovebox enthusiast, Adam Kruckenberg, play music with her mopey boyfriend, in order to snap him out of his interminable funk. And guess what? It worked. The duo hit on a collaborative process that highlighted both of their strengths. They soon took Jason’s effortless punk-tinged folk songs in a far more electronic direction.

Matuskiewicz’s lyrics and straightforward style always flirt with the relationship between high and low concept, taking on complex social and emotional issues with an abrupt three chord frankness that never takes itself seriously, while Kruckenberg’s synthetic re imaginings take the songs into lush and dynamic sound that is simultaneously unusual and instantly accessible. The Deli has described the band as "effortlessly transitioning between laid back dream pop and rock infused dance anthems," which is about as good a description as possible.

'My One and Only True Love' musically reminds me a little of New Order, however vocally it's far to upbeat and then the comparisons fade as Shapes On Tapes stamp their own mark on the song. Anyone with a sense of rhythm may find dancing unavoidable, enjoy! 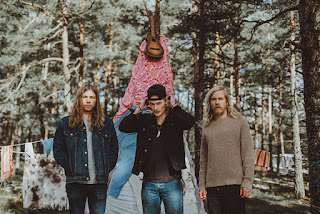 Background promo - Lake Jons is a finnish trio, formed by a happy accident in 2014. Singer-guitarist Jooel Jons got accompanied by guitarist Jaska Stenroth and drummer Mikko Pennanen while performing his songs at their friend’s graduation party.

The trio started working together as Lake Jons, creating their beautiful folk sound at a garage somewhere in Helsinki. Since then Lake Jons have played loads of live shows and charmed people with their music which combines the spirit of dusty garages, rumbling canyons and Nordic woods. Gorgeous vocal harmonies and moods referring to Bon Iver, Josh T. Pearson and Beck are in the center of it all.

'My Friend' is the first of six songs on the 'Explore' EP, and it really is, only one sixth of the whole. The band explore (sorry) differing styles and pace throughout the EP, however the quality and sheer craftsmanship of this collection is constantly apparent.