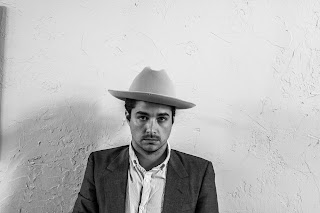 Background promo - If you happen to like indie rock performed by real bands, and you catch yourself listening to a mixture of The Vaccines, Kasabian, Dead Weather and Arctic Monkeys more often than not, you should keep an ear out for Matthew Logan Vasquez, the front man of Delta Spirit and one-third of the super-group Middle Brother’s upcoming new LP Solicitor Returns.

Inspired by the sonic nonconformity of The Black Keys and The Raconteurs his tracks like Everything I Do Is Out, Personal or Muerte Tranquila showcase the lo-fi rock raver-cum-primal stomp-like energy from start to finish. Compromise- what’s that? Take it easy- what for? No no no, this track is certainly not about keeping anything in, but letting yourself go to the sound of the still much alive rock’n’roll.

The speaker-blowing vocal abilities of Vasquez, hinting slightly at the style of Dan Auerbach and Cold War Kids, are complimented well against his guitar-driven idiosyncratic flourishes… And when he sings, he manages to channel highly addictive levels of drive and determination at the same time.

I Bet It All is a contrast to his high level attitude. It sounds delicate, genuine and filled with beautiful (almost ELO-like) harmonies.

Solicitor Returns is filled with only brilliant tracks, and the album will be out for sale and download on the 19th February via Devil Duck Records.

Returning in May for The Great Escape

1-2-3-4 and 'Personal' erupts in your speakers. Slick vocals and wall of sound guitars, soar over a pounding beat in what is a serious dose of 'wake up' rock'n'roll. 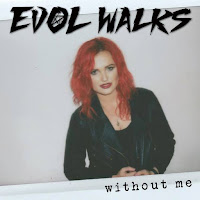 Evol Walks - Without Me.

Background promo - Fronted by Leah Martin-Brown, Evol Walks are loud, electronic Rock & Roll band with attitude During 2015, Evol Walks put in the hard yards, touring three continents and sharing the stage with some of the world’s biggest acts including Dream Theatre and Black Label Society

Evol Walks performed a slot on the main stage at the Polish Woodstock, playing in front of over 250,000 people “Without Me” was written by Leah Martin-Brown and features the iconic drummer Kenny Aronoff (John Mellencamp, Paul McCartney).

So there I was expecting 'Without Me' to be a major assault on my ears and it turns out to be a ballad. I suppose the song is a little bit classic rock meets stadium rock, however it's very, very catchy. Nothing wrong with the occasional rock ballad, and if it's this good, make it a regular event. 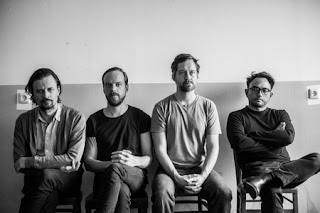 Background promo - Precarious born vivants, gifted musicians, radical guys – Von Spar are many things, but above all they are one of the most amazing bands in the realm of what the British music press once baptized as Krautrock. Sebastian Blume, Jan Philipp Janzen, Christopher Marquez and Philip Tielsch have in the past been praised even more than the revenants of the genre (in 2012, together with Stephen Malkmus, before the watering eyes of Can founding members Irmin Schmidt and Jaki Liebezeit, they provided a reinterpretation of the album “Ege Bamyasi” at the Cologne Weekend Festival) – even if the four were equally inspired by techno, synth-pop, noise, post-punk and new music.

“The concept of the collective Von Spar seems to be to torpedo listeners’ expectations from album to album”, wrote German newspaper Taz about their last album “Foreigner”. And once again, much is new on “Streetlife”. Four of the eight pieces were recorded with Canadian singer Chris Cummings, aka Marker Starling (formerly Mantler), who has worked with Junior Boys and Owen Pallett in recent times, and whose fragile voice at moments recalls that of the great communist and musician Robert Wyatt. Other pieces feature the voice of Ada (Pampa Records) and of Scout Niblett (Drag City), for whom Jan Philipp Janzen has played drums on various tours (as he has for the likes of Owen Pallett and The Field).

“Streetlife” has emerged as a heterogeneous album ranging from melodic piano disco (“Chain Of Command”), to tripped out soundscapes (“Hearts Fear”), to grandiose soft rock (“Try Though We Might”). One might call it music for a better world, if that didn’t sound so lofty. Yet Von Spar are not at all lofty, they are wide awake. This is not escapism, but life in the streets. And that’s how they live it.

'Chain Of Command' is a melodic piano lead piece. Vocally it's soothingly gentle and very appealing. It's not until nearly three minutes in, that I got the Krautrock references, however they are quite organic rather than contrived, (not sure if that makes any sense, however it's the best I can put it). The outcome for me is simple, I want to hear more.