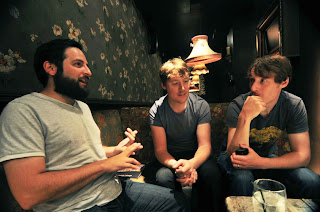 Not content with leaving the ear candy duties to their primary instruments alone (consisting of guitar, bass and percussion), Candi’s Dog add delicious, rich vocal harmonies to their audio arsenal, echoing the melodic vocal prowess of the Beach Boys and Crowded House. The satisfying suggestion of pop along with their folksy-rock feel results in their sound igniting a feast of welcomed familiarity, allowing the band to become part of your inner soundtrack with obliging ease.

Favouring the DIY approach, Candi’s Dog have not only opted to make their own instruments but after being left with underwhelming results at the hands of recording studios, the band have taken to home recording. The decision has clearly paid off with the brilliantly catchy single “I Couldn’t Ask For More” fresh off the production line, showcasing the song craft of twin brothers, Matthew and Daniel Slee, and Stephen Justice. Set for release on Monday 29th Feb the upbeat “I Couldn’t Ask For More” is taken from the band’s debut album out later this year.

There is no shortage of folksy music these days. With 'I Couldn't Ask For More' the emphasis is towards pop, with a natural acoustic feel and some very good harmonies. Whether it's reminiscent of others is pretty much irrelevant, in part it has to be, what matters is that this is a great song, both in substance and performance. 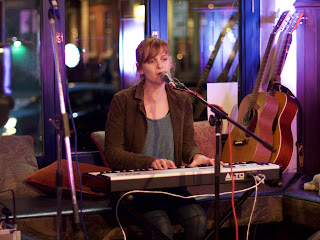 Background promo - Music has always been a big part of my life and impossible to ignore; from a young age experiencing folk festivals to classical music at college to working with bands in clubs and venues across Europe and beyond.

Being constantly surrounded by musical influences I've always felt driven to write my own songs, from experimenting with my own adapted versions of classic folk songs on the piano to playing around with drum and bass beats on logic.

Eventually full of inspiration and broad collection of sounds, I became more serious about wanting to produce a sound that people will appreciate and like as art sharing my experiences of life through my own music.

'October' is the first of four songs on the debut EP from South East London based Singer Songwriter - Ellie Dorman. Talk about setting the bar high, this is a rich and vibrant collection of songs. Musically we are spoilt with an eclectic choice of sounds and instruments whilst vocally Ellie's singing and interpretation pulls everything smoothly together. 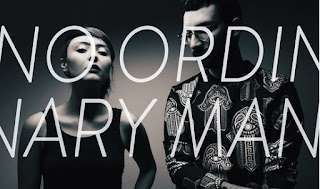 Background promo - “No Ordinary Man” is the new single from New York-based Colombian producers Nicolas Losada and Juliana Ronderos as Salt Cathedral. Coming in advance of their full-length debut, and following on the heels of "Holy Soul," lead track off 2014’s Oom Velt EP, No Ordinary Man is a hip-hop and soul influenced ballad that speaks about love, the need for reassurance, the fear of letting go and the desire to be extraordinary.

Recorded in Williamsburg’s Bunker Studio, Salt Cathedral’s plaintive new single signals the continued development of th electronic tenor and danceable eclecticism that has defined their sonic trajectory. Through their collaborations with producer/musician John Davis (Jojo Mayer’s Nerve) they achieve a recording where every detail of the sparse arrangement pulses with heart rending clarity. Understated and achingly beautiful, “No Ordinary Man” is the duo’s most mature and affecting song to date, as well as a bold & sure footed précis for 2016, their forthcoming full length, and the remarkable evolution of their new meaningful sounds.

Salt Cathedral is the electronic project of New York based Colombian musicians Juliana Ronderos and Nicolas Losada. Their music combines elements of trip-hop and ambient genres with folkloric influences from many cultures. The band's most recent record, Oom Velt, was released in 2014. "Oom Velt," makes reference to the individuality of experience – the discrete "worlds" as they are experienced by different organisms. Guardian UK, in their coverage of the EP's lead single "Holy Soul," describes Salt Cathedral as "purveyors of breezy electronic pop with lightly tropical rhythms and deathlessly pretty vocals’’.

'No Ordinary Man' is a soothingly good electro pop song, with a huge helping of soulfulness. It's no wonder they have been noticed both sides of the Atlantic, with music and singing this well crafted, it's a simple case of 'more please'. 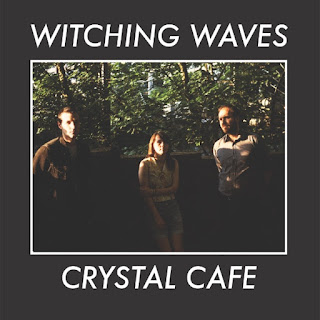 Background promo - The winners want us to believe the world is beautiful, but Witching Waves has seen the world and knows this is a lie—that everything is lost and nothing is to be trusted. We (HHBTM Records) saw them open for Eureka California in the UK in late 2014 and could not get the songs out of our head so we’ve jumped on the second album.

Emma Wigham, Mark Jasper, and Ed Shellard are Witching Waves, and they sound like exiles in their own country. And like all exiles, they know the only safety is in numbers, and the only comfort is in friends. Witching Waves come from a world of DIY and co-operation. Mark Jasper works at Sound Savers recording studio, a love of labour turned into a labour of love in one of the rapidly vanishing not-so-nice parts of London.

Every window is filled with witnesses. We watch the world go by, each of us observing and observed. You can hear them switching instruments, trying out roles. Watching the world fall apart all around them, Witching Waves knows that being right is pointless—the television tells a hundred lies in the time it takes you to speak a single truth, and for every book you read, your neighbour reads none—but the only alternative is to participate in the slow silent psychic death that is mainstream 21st century life.

Because this music is rooted in UK DIY and the only alternative to the clean smiles of 21st century surface life is dirty frowns, you might hear the fuzz, the flattened shouts, and think you’ve heard it before, but then you notice the guitars at the end of ‘Red Light,’ how they swell & buzz like an attack of locusts, and the oceanic rise & fall of album closer ‘Flowers’ and you realize that in their endless explorations of black & white, WW has created a universe of infinite textures and shade.

Taken from the forthcoming 'Crystal Cafe' album, 'Pitiless' is one of those cut to the chase songs, that sets out it's agenda within seconds. The song has an instant punk feel to it, although it is far more than that. Vocals are buried in the mix, occasionally rising and pulsating along with the instruments. It's a contradiction, both raw and yet refined.