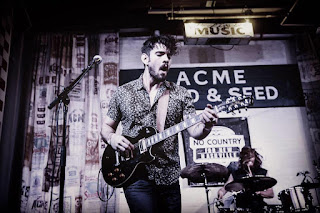 Background bio - Originally from Reno, Nevada, Berry created his first album for a school project while studying in Los Angeles. After performing along the West Coast in a duo, Berry decided that he was meant for a career in music and relocated to Nashville. After several months of sleeping on a couch and working to catch the attention of the local press, Berry’s “ample supply of good hooks and riffs” (Nashville Scene) eventually gained the praise of critics throughout Nashville and beyond, earning him spots at well- known festivals, including North by Northeast in Toronto, New York City’s CMJ Music Marathon and SXSW’s Red Gorilla Festival.

Since then, Berry has logged dozens of shows from Nashville to New York City. He most recently appeared at No Country For New Nashville’s December showcase in 2015 and earned the runner-up spot in Hard Rock Rising’s Battle of the Bands. Mean Machine is poised to serve as Jack Berry’s breakthrough record, so be sure to stay tuned to the Reno-native’s every move! The new single, "Coal," is from his forthcoming LP, Mean Machine, out May 13th.

The mix of Alt rock and blues is a really good background for Jack Berry's naturally potent vocals. 'Coal' is a bruising rocker of a song with vocals and band delivering a concerted piece of in your face music. The music and harmonies are a mighty powerhouse, and Jack is the vital messenger. 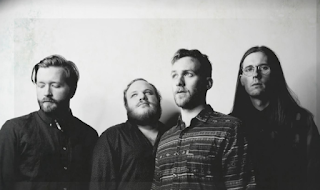 Background promo - The best kind of road trips are the ones that are spontaneous. You know where you want to go, you have a final destination in mind - you just don’t necessarily know how you’re going to get there. But that’s ok, because it’s all about the journey, right? Brooklyn-based four piece, Stone Cold Fox want to take a road trip with you- they’ll get you to where you want to go, you just gotta let them take the wheel, because in the end whatever will be, will be. And the soundtrack? Their forthcoming EP, Tunnel Vision.

Tunnel Vision is a stunning contradiction- a collection of journeys made up of distorted dance synths that bleed with a rock-heavy heart. Written, recorded and produced over a period of two years, the sound of Tunnel Vision resembles a mindset that is anything but narrow minded- instead, it’s a collection of tracks that skew in every which way, that ultimately steer back to it’s original course to create a wistful, cohesive sound. “Tracks started as total rock songs, then turned into chilled electro songs, eventually finding its way somewhere comfortably in the middle,” explains guitarist and vocalist Kevin. “They find middle ground with a rock core and a dancey pulse,” he adds. So, imagine a world where John Lennon is rose from the dead and conceived a love child with The Strokes while listening to LCD Soundsystem and Beat Connection - that’s the kind of world that Tunnel Vision creates.