Quality Not Quantity: The Insatiables - Stillwater Giants - ISLES - The Broadcasts 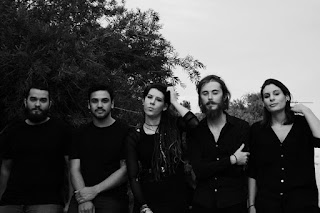 The Insatiables - I Know My Scars.

Background promo - Perth based indie-popsters The Insatiables are gearing up for the May 9 release of their second EP 'Impatient Creatures', with a live launch May 22 at everyone's favourite watering hole The Rosemount Hotel.

Spearheaded by lead single 'I Know My Scars', the six track EP was recorded at Underground Studios with resident producers Mark McEwan and Brody Simpson. 'Impatient Creatures' treads the alternative path, not shy of a trumpet melody or a cinematic sub effect, ultimately providing an expansive landscape. The moodier tracks could sit on a shelf with artists like Lana Del Ray and London Grammar where cyclical guitar and piano riffs swirl around a commanding vocal line.

Following on from their debut 'Let Go of Limbo', which quickly saw the group play the 2013 WAMi Saturday Spectacular showcase, The Insatiables are now armed with an inviting 2016 release that is both lyrically and musically passionate.

'I Know My Scars' is the second of six really good songs on the forthcoming EP. The band have a distinctive indie pop sound that runs through the collection, plenty of melody and well crafted material. 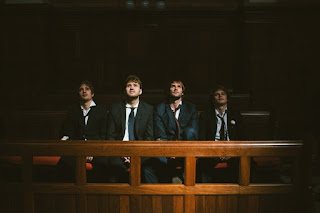 Background bio - Gearing up for the imminent release of their debut album, lovable Perth scamps Stillwater Giants announce the release of 'Montage', the second single from the upcoming LP.

Brotherhood. It’s a word thrown around often, but for Stillwater Giants, it’s now gospel.  These days, two years can seem like a lifetime between new releases. For this Perth four piece it was a necessary hiatus that’s helped to turn them from boys to men, both within their song writing and the mateship that hard times bring. After originally being Unearthed by triple j in 2012 to play the Groovin' the Moofestival, this group of young guns from Margaret River began their steam rolling journey across the country. Swiftly finding themselves warming up the stage for the likes of The Delta Riggs, Birds of Tokyo, Stonefield, Ball Park Music, British India, The Rubens and Regurgitator, they also clocked festival time at Future Music, Parklife, Southbound, St Kilda Festival,as well as heading to US taste maker festival CMJ. The lads were even given the unique pleasure of being the first ever band to perform at the brand new Perth Arena when it opened.

With an intention to head back into the studio for a quick six month follow up to their hugely successful single and EP ‘Fly Under the Radar’, things went slightly awry as they sometimes do. This once cheeky group of musos - who were famous for their happy-go-lucky attitudes and not taking life too seriously -turned. Internal conflicts ensued, university degree debts went up and personal differences almost drove the band apart. Then, something amazing happened. They began recording. The decision to record all parts to their new album live at RADA Studios with Matt Gio (Birds of Tokyo, Katy Steele, San Cisco) presented a chance to bond but also to write new material, together. Inspired by the rawness and evidence of mistakes heard by other artists who recorded live such as Eddy Current Suppression Ring and Parquet Courts, they began.

Continuing to write helped pull the band back from a period of stagnation and the results are stunning. With their fun-loving attitudes back in-tact and a polished new live show,complete with equally polished Dad jokes,this certified party band are finally ready to unleash the very first Stillwater Giants full-length to the world. Long live the Stillwater Giants wolf pack.

Indie rock song 'Montage' is one catchy piece. The band have kept things simple and concentrated on making a foot stomping number, with vocals and harmonies providing as much melody as the perfectly timed chord changes. 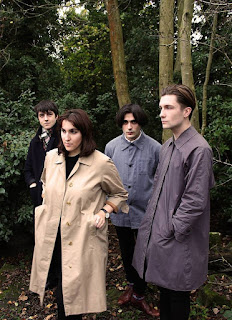 The indie-pop quartet is made up of Goldsmith students: Amber, Luke, Miles and Oliver - a 75% Northern group of friends who now reside in South London.

Taking references from bands such as Orange Juice, Neil Young and REM, the band manage to perfectly blend art school sensitivities with an alternative, bluesy sound. The band spent most of 2015 writing and touring across the UK. Bury Me is their first track of their double A –side single Bury Me / The First Act which will be unleashed on line over the coming month.

Bury Me, the first track to be released, is a soulful song with rugged, dreamy vibes. The melancholy female lead-vocals work perfectly in tune with upbeat guitars, ambient drums and backing vocals from fellow band mates.

Despite being described as indie pop in the press release, ISLES could slip into a number of genres quite comfortably. As regards 'The First Act' vocals are dreamy and delightful, and the music is bright and breezy, almost hinting that summers on it's way. Looking forward to hearing more. 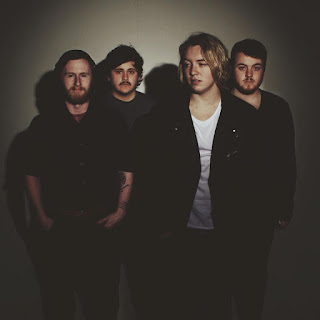 The Broadcasts - This Is Life.

Background promo - The Broadcasts are a four piece Alt Rock/Acoustic band who are based just outside of Cardiff, South Wales. Previously signed to indie label Right Recordings, the band released a double A side single recorded by legendary producer Stuart Epps (Oasis, Elton John) before leaving their label to pursue an alternative path.

Since forming in 2012 The Broadcasts have played at the BBC Club, London in front of music industry professionals, supported bands like Press To Meco, Dead! and Owen Paul in Cardiff as well as sharing the bill with BBC Radio 1 DJ Huw Stephens at Newport Student Union. The boys recorded their debut nine track album in May 2015 at the beautifully scenic Mwnci Studios in Pembrokeshire, embarking on their first UK Tour shortly afterwards. Adam Walton of BBC Radio Wales' Introducing Show, described their music as "Heart on your sleeve, gritty Rock" and that's exactly what to expect from this storming eponymous debut album.

The album is released digitally on June 3rd and will be available on CD from June 17th.

One of nine songs on the new album, 'This Is Life' gives a good flavour of the alt rock side of the album, with super tight musicianship and gutsy vocals. There are some more acoustic based songs that add to the whole in a very positive way,  indeed the band seem quite happy to explore different ideas. It's creative without being pretentious, and there is plenty of good old feisty rock'n'roll.