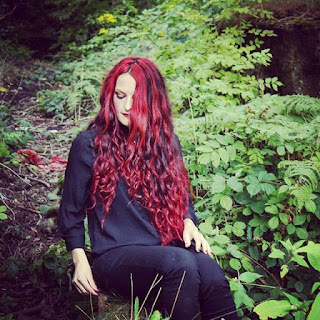 The Blackheart Orchestra - Keep The Light In.

Minimalist and fragile, “Keep The Light In” weaves melodies and atmospherics to create an ethereal musical landscape drawing comparisons with the likes of The Cure and London Grammar while Chrissy Mostyn’s captivating vocals soar, reminiscent of Kate Bush. Combining ancient synthesisers and modern songwriting, The Blackheart Orchestra create an enchanting masterpiece leaving the listener with no choice but to cling on to every note through to the track’s rich and rewardingly layered climactic end.

Often mistaken for an 8-piece band on first listen, The Blackheart Orchestra can be found on stage with a multitude of instruments ranging from guitars, piano and electronic beats to vintage synthesisers, omnichord, and flugelhorn. Comprising of long term collaborators Chrissy Mostyn and Richard Pilkington, the duo have seen their 3 previous albums, extensive touring across the UK, Europe and Australia and playing close to 1000 shows amass a large and loyal following ahead of their forth album to be released later this year.

'Keep The Light In' from The Blackheart Orchestra (Chrissy Mostyn and Richard Pilkington) sees the duo presenting a lighter and quite minimalist song. Melodic and with the vocals well up in the mix, it's a very pleasing song. 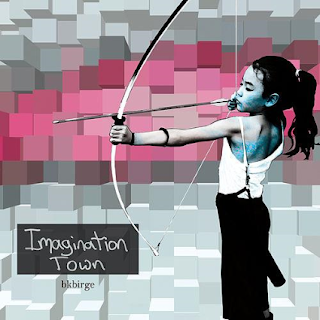 Background promo - bkbirge is a multi-instrumentalist with over 25 years of experience behind and in front of the glass. He has written hundreds of songs, produced for dozens of artists, and performed as a solo artist on several records. He brings an encyclopedic knowledge of musical style to every project while adhering to the “if it sounds good it is good” philosophy of production.

As a bass and keyboard player as well as writer he has worked with the influential art rock psychedelic groups the Sealers and the Ex-Sealers. The Sealers single “Wombat Rhythms” was picked for inclusion into the weird-out album “Topped With Fudge” (VA). His brush with greatness came when Frank Zappa heard a Sealers album given to him by his daughter Moon and called up the guitar player to say what a cool record it was. The guitar player thought he was being pranked and told Frank to eff off. He has also worked with Pat Boone and was once uncomfortably touched by Jerry Falwell.

I was not sure which song to feature from the album Imagination Town, so I took the easy way out and went with the title track. The album takes the listener in a variety of directions and musical styles, sometimes quite off the wall, but always interesting and sometimes quite stunning. 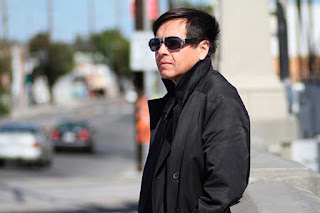 Electronic composer and multi-instrumentalist George Sarah has been a mainstay on the Los Angeles music scene since 1985. He has achieved critical acclaim for his unique brand of electronic chamber music. Sarah performs his original compositions from a bank of synthesisers and drum machines alongside a trio of live strings, bridging the normally discrete musical worlds of electronic and classical

George Sarah has scored 28 episodes for the Discovery network. In Aug 2008 he composed music for the ceremonies at the 2008 summer Olympic Games in Beijing, China. His songs have been featured on the hit CBS shows "CSI", CSI NY, Paul Haggis’s Family Law, the Oprah Winfrey show, HBO’s “Addiction” "History Detectives" on PBS, Chris Rock's "Everybody hates Chris" ‘Everwood’ on WB, scored 1 episode for EWTN and performed his songs on the hit TV show Buffy the Vampire Slayer (Three Episodes), and has had his music played on Buffy spin-off ‘Angel’ as well as in eight feature films and documentary’s including “Bra Boys” narrated by Russell Crowe and “On the line” featuring Susan Sarandon and Martin Sheen. His songs have been licensed to many networks including Style, TLC, and Spike.

'Min And Elsa' is one of three good tracks on the new EP. It's a synth lovers dream, full of good west coast vibes and highly catchy melodies. 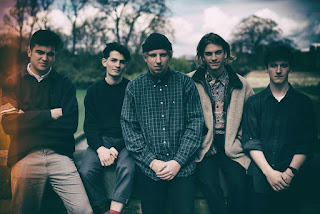 Background promo - Having recently played alongside the likes of Lonely The Brave, High Tyde and playing sets at festivals such as Secret Garden Party and Rhythms of the World, Staycations new material is a statement of intent. Full of racing guitars and strong drumbeats reminiscent of LA-style surf pop, there are also influences of Peace, JAWS and Superfood to be heard here. Staycations music is familiar but it remains individual throughout thanks to the beguiling idiosyncratic vocals from frontman Lewis Hall and the satisfyingly off-kilter guitar riffs and intricate rhythms from the rest of the band.

Speaking about 'The Enemy' the band said: "The Enemy is an anti-love song. It’s about the feeling of an unrequited sense of admiration towards someone you really care about and who you’d do anything for but you know they wouldn’t in return. It’s kind of depressing the more we think about it."

With real heads for song craft on the bodies of such young musicians, their new single perfectly captures the spirit, zeal and electricity of what it is to be young and restless in 2016. As a taster of what’s yet to come ‘The Enemy’ is over before you know it, and is likely to leave listeners and their well-earned fans eager in anticipation for their next release. This is material is completely new territory for Staycations, and it’s one that is likely to please fans and newcomers alike.

'The Enemy' showcases the Staycations' in a very positive light. Hook laden alt or indie rock sounds, the vocals punch above a very tightly delivered soundtrack. It's one of those play it again songs, always a good sign. 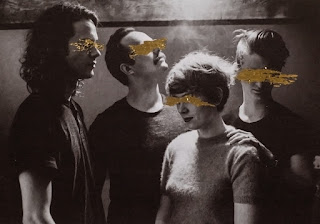 Deft lines and dangerous grooves are intoned by a disciplined drum & bass combo. Chaos lurks beneath the surface of The Medicine Hat's tight motifs and rhythmic trances, erupting into moments of prophetic ecstasy. Their live performances are wild affairs. Brimstone at their heels, The Medicine Hat's contagious energy turns rooms into reveries.

The Medicine Hat has played festivals and dark rooms across Canada with innumerable class acts. They recently collaborated with the Hamilton Philharmonic Orchestra in an ambitious and innovative performance piece. The Medicine Hat will be debuting songs from their self-titled record in June of 2016.

It's always good to finish off a new music round up with something special and 'New Survival' does the job very well. There is a sense of restrained emotion in the vocals, whilst the music is melodic and so well delivered. More please!