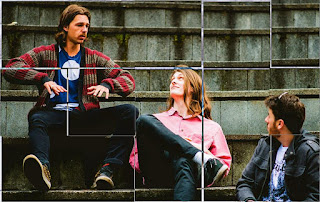 Background promo - Hobart's Verticoli have served up new single ‘Positions’, a snarling slice of alt-rock that taps into the vein of some of Australia’s most loved nineties-esque guitar driven bands.

Following on from ‘Punching Bag’, last year’s full length that spawned the singles ‘Happiness’ and ‘Head Things, Verticoli teamed up with producer Rob Long (Shihad, Magic Dirt, Violent Soho) to deliver the brooding and melodious track. Frontman Sam Hunn says of ‘Positions’, “The song is about speaking your mind, even if that might be something people don't necessarily want to hear.”

After supporting the likes of DZ Deathrays, The Delta Riggs, Kingswood and more, the lads will be hitting - The Republic Bar July 2 to support arguably the hardest gigging band in the country, British India (Oztix).

‘Positions’ will be available on a limited edition split 7” vinyl with killer Melbourne rock duo The Hunted Crows, who will be joining Verticoli for a co-headline run this July.

Verticoli treat us to a straight down the line, guitar lead piece of alt rock, with plenty of edge in the vocals. 'Positions' has something of timeless feel to it, as a good old rock'n'roll song so often does. 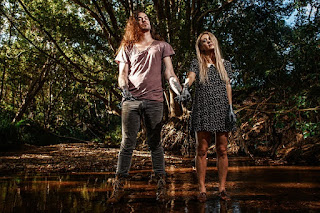 Background promo - Introducing The Halls, Brisbane’s freshest musical enigma, and their debut single ‘Lemonade’. Having bid their time since the band's inception with writing, sowing their live oats and recording, the experimental two piece are ready for their music to be brought into the limelight.

A band of contrasts, The Halls are difficult to pigeonhole. Described by one blogger as 'shiver pop', they flit from intricate and delicate, to sparse and epic, to grungy and trashy - sometimes within the same song. 'Lemonade' casts a playful yet critical eye upon Australian environmental issues and first world consumerism. Produced by Konstantin Kersting (The Belligerents, Kingswood) at Powderfinger expat Ian Haug’s Airlock Studios, the track’s dark, nostalgic pop drives relentlessly throughout, finally exploding into a searing yet hopeful reprise.

On Saturday June 11 The Halls will celebrate and launch their single at Brisbane’s coveted arthouse and live venue The New Globe Theatre. Joining them will be Bad Pony,Golden Age of Ballooning and Lulu and the Cutthroats.

As debut singles go 'Lemonade' is one very impressive and powerful song. They may be a little difficult to pigeonhole genre wise, but with a song this good and performed so well, that's the least of the bands worries. 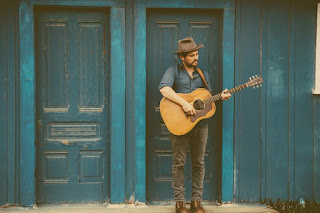 Background promo - Gregory Alan Isakov is pleased to share the brilliant new single 'Master & A Hound' taken from his forthcoming album (out 10th June) with the brilliant Colorado Symphony.

The beauty of Gregory Alan Isakov’s latest album is realizing how much it surprises and rewards the listener. It burns slowly, not unlike a campfire that blazes one moment and then crackles the next. A song might begin with the barest of bones, with Isakov’s resonant voice closely synched to his acoustic guitar. But then the orchestral layers begin to pile up, transporting the songs to cinematic heights.

Gregory Alan Isakov with the Colorado Symphony marks a milestone for the singer-songwriter, who’s beloved for the spectral intimacy of his recordings and live shows. Set for release on June 10 on Isakov’s own Suitcase Town Music label, the album finds Isakov cracking his catalog wide open to see what else he—and we—can learn about them.

The album features songs from Isakov’s previous three studios releases, along with the debut studio recording of “Liars,” a fan favorite that’s been a staple of his concerts for the past few years. The album will be released on limited-edition LP, CD, and digitally.

Regular visitors may well remember Gregory Alan Isakov being featured on Beehive Candy just a few weeks back. Well I could not pass up the opportunity to feature another song from his keenly awaited album, Master & a Hound is just beautiful.