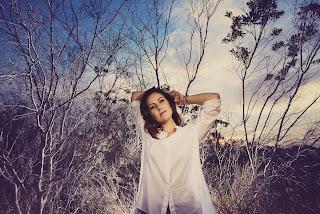 Gileah Taylor - Tears Of A Spirit.

Background promo - “Tears of a Spirit”, Gileah Taylor’s new single from her upcoming album, hides hopefulness and expectancy just below its melancholy surface. Beautifully orchestrated, the song radiates a sense of innocence, reverie and weightlessness both melodiously and lyrically. Yet it also conveys passion and a certain heaviness of heart—it is pensive without being brooding, contemplative but not overly cautious. And while it could most certainly be a love song, “Tears of a Spirit”showcases Taylor’s poetic approach, making it more open to interpretation. The first single from her upcoming Songs For Late At Night Vol. 2, “Tears of a Spirit” is the perfect sneak peak to what will be an exquisitely tender and brilliant record.

The city of Destin is located in the panhandle of the state of Florida, and it's best known for its beautiful Gulf Coast beaches, spring breaks and warm weather. It's an odd location for the melancholy songstress Gileah Taylor to reside, especially considering her latest record Songs For Late At Night Vol. 2 is about as far away from a beach party as you can get.

Gileah describes the album as sci-fi inspired, and it's intentionally sparse with soft ambient textures,which all serve as the perfect base for her distinctive vocal and heart breaking melodies. Lyrically the record is driven by Gileah's intense interest in the writer and poet George MacDonald, coupled with her day-to-day life experiences. "The idea was to pick up the listener here on earth, have them hold on,and go somewhere other-worldly." I think it can go without saying that Gileah is a dreamer, and in this collection of songs Gileah reaches out to the listener with the intent of having them join her in these dreams. Songs was recorded in Fort Walton Beach, FL at Printups Studio with producer Jeremy SH Griffith. While there is a small revolving cast of musicians that make up the band live, Gileah and Jeremy are the sole players on Songs. This helped them to focus first on the song, and then on the album-wide soundscape of space and distance.

'Tears Of A Spirit' has an expansive, distant and dreamy feel to it. Gileah's vocals glide above the softly melodic soundtrack, and combined they allow the listeners mind and imagination wander. Described as a taster for her forthcoming album, it's certainly gained my attention. 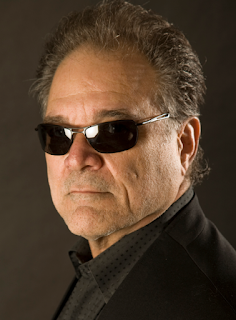 Background - Larry Weiss was born in 1941 and raised in Queens, New York. When he started writing songs as a teen he says he was merely looking for a way out. “My father ran a textiles business, and I wanted no part of it.” His childhood was filled with music, and eventually found work as a freelance songwriter for Wes "Hang On Sloopy" Farrell.

His first break came in 1963 when Nat "King" Cole recorded a co-write "Mr. Wishing Well". This sparked a run of successes with R & B greats Baby Washington, Chuck Jackson and The Shirelles. In the mid and late 1960s He teamed up with lyricist Scott English for those well loved pop classics as well as "Help Me Girl", a hit for Eric Burdon And The Animals. He also co-wrote, with Jerry Ross, "Mr. Dream Merchant", a hit for Jerry Butler - and later (as "Dream Merchant") for New Birth!

In 1971, he moved to Los Angeles, where he continued to push himself as a songwriter along with a "9 to 5" executive job for Famous Music plugging other people’s songs. Later - Bobby Sherman, Donny Osmond and Lou Rawls discovered His songs and into the charts. After a year he stopped being a ‘suit’ and landed his first recording deal. ‘Black & Blue Suite’, was his first album, released on 20th Century Records. “I was So petrified,” he admits, “I had to enlist hypnosis therapy to stand behind the mike.”

The opening track "Rhinestone Cowboy" went to no.24 on the Billboard adult contemporary chart. Glen Campbell heard and liked the song - recorded it and it became an international hit, topping the charts in the US and several other countries, and reached no.4 in the UK. It was named the Country Music Association's Song of the Year in 1976. Another track from the album "Lay Me Down," was covered by Barry Manilow on his albums "Trying' to Get the Feeling" and "Barry Manilow Live" As well as developing his idea for a musical based around "Rhinestone Cowboy", he is also a talented painter and you can see some of his work on the cover for the single ‘Better By Now’.

“We are all magicians if we have the courage to reach for the magic inside", he says. So if you’ve been given a wonderful vision why not work to reveal it.”

Larry Weiss has been writing superb songs for a very long time. 'Better By Now' is a beautiful pop piece and Larry reminds us, he has been singing them for some time to. Excellent production, the song is simply charming. The Legends - Summer In The City (Living Is For Somebody Else).

The Legends’ Johan Angergård told SPIN, “My releases are imprints of the particular time in my life when they were recorded. Angergård adds, “If I ever want to find out what my life felt like during a certain year, I’ll just listen to the songs I put out at that time.”Those who have followed The Legends in the past will not be surprised that the one-man band has moved on sound-wise since last year. New life calls for new sounds.

The Legends from Stockholm have enjoyed a somewhat accidental career. Beginning with Up Against The Legends, their debut album in 2003, the project was comically assumed to be a 9-piece band due to early shows consisting of friends on stage, drunk and generally winging it. In actuality, The Legends has only ever been a personal outlet for one man, Johan Angergård.

'Summer In The City (Living Is For Somebody Else)' is a fine electro disco song, with a warm synth vibe running through the track. Vocals morph into the music as the beats gently push the song along.