Sunday Four: Canary - David Nyro - The Attics - The By Gods 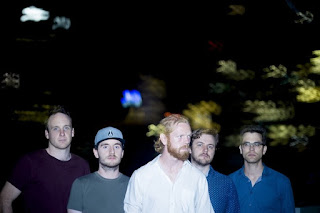 Background promo - Melbourne's Canary have just released their second studio album I Am Lion, to be followed by a three-date album tour.

I Am Lion, self-produced by bassist Isaac Barter & the band as a whole, is "emotionally and thematically heavy". The release was born out of a particularly intense breakup that frontman & songwriter Matthew Kenneally struggled through. Each song is the embodiment of an emotional state that Kenneally lived & breathed at some point during the aftermath of this poignant life event. The breadth of humanity's capability to be bitter & ugly is openly on display, dichotomously captured in deceptively peaceful, refined ways in tracks such as 'Smile' or 'Last Resort'.

In many ways, Kenneally acknowledges that I Am Lion is somewhat of an extension of the themes he previously explored in debut album Dear Universe. And how could it not be? Canary's first LP explored the bass notes of that which makes us human: self-loathing, heartache, frustration. But I Am Lion is underpinned by a more solid musical vision, aided by the ever-present choir lending chops to the record. The vitality that drives even the most dulcet of tracks on I Am Lion forward is a result of the three days Canary spent holed up in Greg Walkers' (Machine Translations) home studio in Gippsland, recording every track live.

'Fickle Heart', the current single from I Am Lion, quickly gathered accolades from sources online including Rolling Stone Australia and cutting edge US blog Indie Shuffle. Also showered with praise from the airwaves, triple j gave 'Fickle Heart' its official radio premiere, Double J called it a "perfect balance of big and brash, and subtle and tuneful moments" and adding it to rotation alongside taste-making Sydney station FBi radio. They've supported acts such as Saskwatch, LANKS, Ainslie Wills & Hein Cooper and are set to embark on their I Am Lion tour with dates in Victoria and New South Wales.

'I Am Lion' is a really good album that sees Canary mix their musical styles with the featured song 'Burning Man' demonstrating the softer side of the band. Musically the band are totally capable of exploring and delivering ideas and vocally everything just combines in a beautiful manner. This is an album and band that really do deserve to be heard. 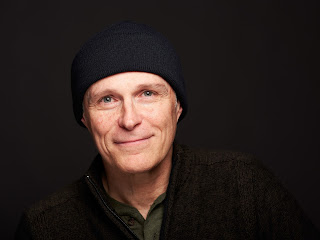 With many of today’s music listeners investing in vinyl records after having rediscovered the magical charm and simplicity of 1960s and ’70s pop and rock, the time is now right for David Nyro. Much like the prominent songwriters of decades past, Nyro has recruited some of today’s most talented and reputable singers and musicians to collaborate on his project. Collaborators on Nyro’s newest songs include vocalist Mycle Wastman (The Voice), violinist Andrew Joslyn (Macklemore), drummer Ben Smith (Heart), bassist Garey Shelton (BB King, James Brown), and drummer Jeff Kathan (Paul Rodgers).

'Happiness' is one of six quite delicious songs on 'Writer of Wrongs, Singer of Songs'. David Nyro pens incredibly beautiful music, and collaborates with some very talented individuals, to ensure the final product does justice to the material. 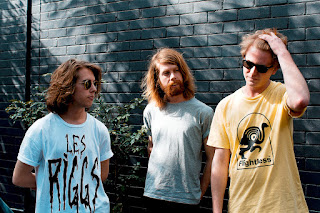 Background - The Attics release their new single “Bluffing” - a bright yet hazy picture of adventure in their most addictive release to date.

In 2016, a whimsical return to the band’s beginnings sees The Attics once again embracing electronic elements that bring to mind future pop and 80s synth-driven ballads. Guitars jangle over infectious bass hooks while soft programmed electronica sounds and hip-hop style beats are blended into pop music that’s informed by the past, yet forward thinking. This is pop songwriting buried in swirling reverberations begging to be played under flickering disco lights.

Based in the country town of Colac in South-West Victoria, The Attics formed in 2011 dropping a dark and moody indie rock EP based around the minimal electronic music Cameron Wade had been producing on his computer. Since then, the band has tumbled endlessly through change. If one thing has remained a constant, it’s the importance of the melody around which their songs are formed.

Returning to the studio The Attics have once again teamed up with Isaac Barter (Canary, Life Is Better Blonde) to record, mix and master their latest effort. With an EP on the not-too-distant horizon, “Bluffing” points to the future for the band. Swaggering vocal delivery and warm production lend a sense of comfort to the track, that’s otherwise sitting somewhere other-worldly. Sonically a step forward, but surely only the first of many more to come. A string of headline dates will be announced in support of The Attics dreamy new single, “Bluffing”. The live show will hit a bunch of regional centres through Victoria as well as Melbourne and Sydney stop-offs.

Second time around on Beehive Candy for The Attics, who continue to impress in a very big way. This is a musically upbeat song, with vocals and harmonies ensuring the bands distinctive sound. There is also a confidence in the bands performance that suggests they are comfortable with what they are doing, even when that includes testing out alternative ideas. 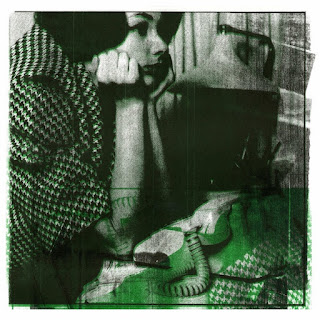 The By Gods - Where Do You Come From.

Background - If it feels like Nashville’s The By Gods are trying to drill through your skull to plant their hook-laden songs in your grey matter, that’s precisely the point. Squalls of feedback interrupting repetitive chords signaling the return to a chorus, it’s what we’ve come to recognize as the formula; a recipe for loud/quiet/loud. On their latest outing, Phone Calls, The By Gods have bucked such formulae by purposely pushing the repetition.

The By Gods, composed of Tye Hammonds and husband and wife duo, Natalie and George Pauley, sound at times to meld into a single organism. This is certainly the result of their skills being honed by a steady touring regimen. Tightening the screws an extra turn on an already tight unit seems to have allowed the band to loosen up; favoring mid-tempo chugging to a frantic burnout.

Despite the vibrance of the music there’s a vein of anger masked behind the songs’ hooks, like a polite smile to accompany a middle finger. The chorus of the title track “Phone Calls” - “Please pick up my phone calls… Please pick up my phone calls.” invokes the image of a phone ringing in another room, like an itch you can’t scratch, as the song gradually builds into a fury. The song “Good Lie” wraps a bitter pill in a sweet melody as it serves up an admonishment of the age-old annoyance of the “humble brag”, a phenomena that has only worsened with the advent of the ability to curate, via social media, how others see your life.

Phone Calls is the third release in as many years from the Nashville-based band and the second as a trio. The EP manages to capture the urgency of their live show as expertly recorded by Mike Purcell (Lees Of Memory, Tom Pappas Collection, Hurts To Laugh) at County Q in Nashville.

'Where Do You Come From' is the first of four songs on the 'Phone Calls' EP. The trio pound out the guitar and vocal hooks, with bass and drums powering the message home. It's good old raw, no nonsense rock music, delivered with passion and feeling.