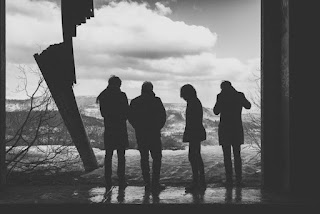 Back in May we featured the song 'Face In The Crowd' taken from In Letter Form's eleven song album 'Fracture. Repair. Repeat'. We commented at the time "this is one very cool album, full of post punk sounds, that at times veer towards a darker Gothic feel, and sometimes a crisper early indie rock feel".

From the album we are pleased to share 'Wait Now' and we were pleased to take the opportunity, to ask the band a few questions earlier this week. Here is the interview in full:

Just what is it that makes the likes of Joy Division, Bauhaus, and Echo and the Bunnymen inspire your music?
These bands are among the core music we grew up listening to, so it's hard wired, in a way. None of us ever set out to write songs that showcase these influences, it just has a way of emerging. It's a beautiful thing and sometimes a hindrance as reviewers sometime cling to these influences and ironically become just as dependent upon the influences as they suggest we may be. A Very interesting dance, indeed. We try not to overthink it.

As a follow up question, given the choice would you prefer to have been a band during their era, or today?
With the exception of the direction the industry has taken and the "value" I feel people place or rather 'don't' upon live music and recorded music, I'd have to say TODAY, hands down. We live in our time. It's a tautology. If we were then, we wouldn't be us, now.

What are the obstacles facing bands and artists today, that make being a full time professional in your genre(s) difficult?
Well here in San Francisco, we've witnessed a massive growth in 'wealth' and perverse income inequality along with a population boom. This has meant the closure and threat of closure of many local live music venues that support/ed beginning bands and artist communities. The Idolatry of money that has become systemically pervasive in American culture and felt no where more than here in SF (the great gold rush city) bring an oppressive amount of homogeneity, dull and bland, no teachers, no scholars, less art, more money, always more money.  Makes getting recognised and creating a true community harder but within that struggle there is fertility in the strife. 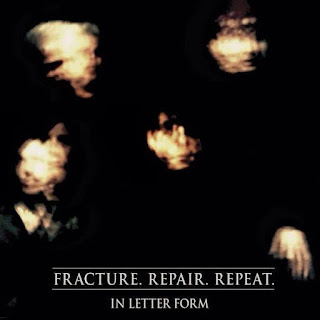 How well do you get on which each other in the creative and recording process?
We love each other, and I say that with absolute resolve and without caveat. We really are a family and that extends beyond us 'four' to our team of members in family, management, creative and our label Metropolis who believe in what we're doing. The core four disagree from time to time but it makes for better art. It's about compromise and collaboration and trust. We're still learning and that keeps it exciting.

How on earth do you get airplay on major radio these days?
Some of it is word of mouth, some of it is PR and campaigning, who you know or rather who you pay for access to the people THEY know. You know?

Best/worst gigs?
Oooh, they're all 'good' gigs and you gotta believe that. The only thing the artist needs to do is be true to the muse, to the piece whether it be for five people in a pub or five thousand on a green. When I feel I had a bad gig, it's usually because I failed to connect with my audience or my band and that's usually symptomatic of me not connecting with myself, or with the muse.

Can music still influence people on mass, like the "protest songs" of the sixties, and if so, in a positive manner?
Absolutely! I'll share a story, during our BFD performance I made the decision to get the audience to join in on a chant during "Terror (is a state of mind)" it was simple "Fuck Trump." The audience obliged and we connected, united around a common message. He really is a formidable threat to our nation, and humanity which is under constant threat as it is. After we got off stage I was confronted by two "REAL" Trump supporters. They came at me pretty hard at the merch table. "How dare you push your politics on us! You should play the songs we paid to hear without forcing that on us. We thought you were pretty good! You lost two fans today" I could only respond by saying that our music and politics/philosophy are not mutually exclusive and that I respected their right to voice this opinion but in turn they needed to afford us the same respect. Anyway, that was evidence enough that we can still influence, is it positive? I believe it to be when compared to the message of racism and intolerance that Trump and his clan either knowingly or ignorantly espouse.

Our thanks to Eric and In Letter Form for your thoughtful answers!