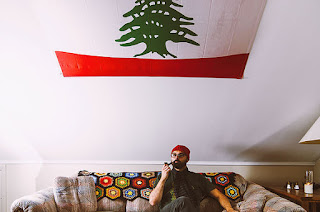 Background Bio - Beyond being an obscure peak on the outskirts of Maine, Almanac Mountain is the moniker of conceptual bedroom prog pop impresario Chris Cote. The slight pinnacle of a namesake is indicative of the band’s emphasis on the mundane, simple and modest aspects of life which Cote finds more spiritually liberating than the spectacular, big and awe-inspiring.

Based on the New Hampshire Seacoast, which happens to be the country’s smallest coastline, Almanac Mountain has cultivated a unique sound which merges Cote’s pop and classical instincts. It is one part ELO, one part Magnetic Fields and one part Franz Schubert. The band began releasing material in 2010 with the When In Nature EP and followed with the debut full length So Many Seas later that year. Their sophomore LP Almanac Mountain Is In Like With You was released in September of 2014 and was supported by a series of shows all over New England.

While Almanac Mountain’s live show consists of a full band, Cote usually records the material by himself with the guidance of Brian James, a friend and trusted confidant who occasionally plays parts, and who always masters the finished music. While the subject matter has varied from the specific to the universal, the themes of Chris’ work are rooted in a form of secular humanism; centering on the admiration for the natural world and the aversion to egotism.

The newest album, Cryptoseismology, which literally means the study of hidden or secret quakes, was recorded during the worst winter in recent New England memory where the walkways and roads were surrounded by trenches of snow for months. “The cold never let up” Cote reflects. “It had such an impact on me I felt like I was escaping into the worlds I was creating in the songs.” The storms’ effect contributed to the often creeped out sense of isolation and paranoia found on the kaleidoscopic album. A discomforting vibe that was tempered by Cote’s sarcastic optimism. “I ultimately feel we have a kind of power within us...” Cote notes. “To walk past all the weirdness and insanity and find grace.”

The eleventh and final track on the 'Cryptoseismology' album, the song  'Harborside' is just a hint of what's in store on this fabulous album. It's sometimes pop, other times more prog, and then of course there are folk influences and the odd pretty experimental piece. The best description I can come up with overall is, think of a modern day Kevin Ayres, but more focused - wonderful stuff! 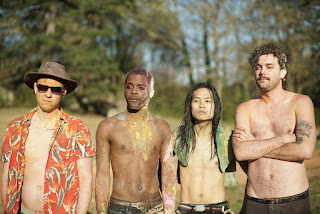 Baby Baby - Hang In There.

The band has graced the stages of  Made In America, Riotfest and Afropunk, as well as losing all their money on condoms and beer during The Warped Tour. Searching to define their music, the only description is “Fun Rock” – a mélange of Indie, English and Swedish Punk, Bayou Rock, Vaudeville and Carnival. If Tony Robbins put on a Hawaiian shirt and a pair of swimshorts, downed a bottle of bourbon, listened to nothing but Blink 182 and GG Allin for 24 hours and then decided to deliver a musical motivational speech, pick up your girlfriend and steal your cab this is what it would sound like. On fire.

It is not meant to be taken seriously. It is supposed to put a large grin on your face and if you do decide a mosh pit is in order, they request that you act with decorum and class. It’s preferable that they heckle you rather than the other way round.

We feature 'Hang In There' as the band get ready to release their third album titled 'Semifamous' (September 16th). The final song on the album is called 'Exhausted' and might be autobiographical, as this band don't slow down, they just deliver great rambunctious rock'n'roll and are seemingly loving every minute of it. Fun Rock is the genre, Baby Baby are the band. 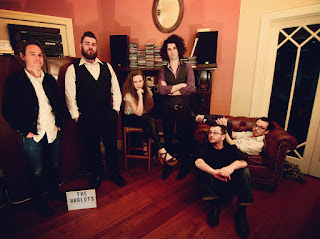 Background - The Harlots are a six-piece rock, pop and soul outfit from Melbourne that have spent the last half a decade filling dance floors across Australia. Blending overdriven guitars, dreamy keyboards and a tight-as-fuck rhythm section that grabs you by the lapels and un-tucks your shirt, the band is known for honest, story-telling lyrics that always hit close to home.

The band’s EPs, The Harlots (2011) and Course Tunes; Parts 1 and 2 (2013) have been met with much critical acclaim, leading to a string of sellout Melbourne shows, international supports (The Charlatans, Surfer Blood, The Commitments) and festival appearances (Kennedy’s Creek, Queenscliff, Gum Ball, Hills Are Alive, Cherry Rock and Festival of the Sun). ‘Umma Gumma’ was recorded by Richard Bowers (drummer/engineer for Magic Bones) at Soundpark studios in Northcote, Melbourne. The track was recorded live and onto to reel to reel tape, giving song a more raw and honest sound.

The band says on the creation of the track, “In the weeks before we wrote it, we’d been working on a few quieter, more complicated tracks that were taking ages to come together. We decided to put them aside for a bit and work on something else and when Umma Gumma was brought to the table, I think we must have channelled our frustration somehow because we ended up smashing out a far more aggressive, fun, upbeat version than what was intended. Only took a rehearsal or two as well. It was originally called ‘Heartbreaker' but because of the complete lack of diction in the chorus line, “I’m gonna leave ya,” we decided ‘Umma Gumma' was appropriate. “

‘Umma Gumma' is about when you know a relationship isn’t working and you’ve got to get out of it but you haven’t done it yet, like you’re preparing for it. The fast, frenetic nature of the song, when put with the lyrics gives it a kind of desperate feel. The band has a national tour in October/November to coincide with the release of their debut album. “Umma Gumma” by The Harlots will be released 1st of September 2016.

'Umma Gumma' slams into gear and with dynamic anxious vocals, we are away. The hooks and melody are in the chorus, manic rock precedes all of this, and half way through it all comes together, in a masterful and powerful manner, a superb piece of rock'n'roll. 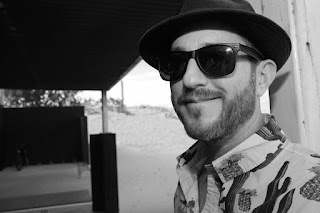 Background - Pete Allan to launch new EP 'Ripples' and single 'Lost and Found'. Sometimes you can just tell the artists that grew up on the coast. Their music and their lyrics all seem to reflect the smoothness of the sea breeze, or the relaxed pace of coastal life, transporting the listener from wherever they are to wherever they would rather be. This capability is the heart and soul of Pete Allan's latest EP 'Ripples'. A native of the Sunshine Coast hub of Noosa, Pete's blend of effortlessly cool vocals and hypnotic, swaying rhythms are the musical epitome of the paradise he grew up in.

Following on from this year's early taster and widespread radio gem 'Treading Water', new single 'Lost and Found' highlights Pete's gifted trademark storytelling while set to a tune fit for every upcoming Spring and Summer playlist. Produced/engineered by Elliot Heinrich at Heliport Studios and mastered by Brian Lucey at 301 Studios, the Ripples EP is a leap forward in full band sonics without adding any unnecessary weight to Pete's feather-light musical agility.

Perfectly described by Sea FM for his “smooth Sunday arvo feel”, Pete Allan's music matches his lifestyle – a blend of coastal warmth and down-to-earth honesty. This meeting of music and ocean is not a new thing for Pete (who has seen several of his songs end up on surf films) but it has in recent years taken a very literal twist. As seen in Pete's Summertime clip, he has taken to riding guitars like they are bodyboards, gaining the attention of GoPro and Inertia surf magazine as well as delighting the internet. Pete Allan, it would seem, is the embodiment of an entirely new definition of surf music.

But it is his work on-shore, as an artist, that defines him. Capturing one of the most beloved aspects of Australian life, Pete creates music that represents the vastness of coastal culture on a continent girt by sea. 'Ripples' will see Pete Allan continue to win over new fans all around the country. 'Ripples' featuring the single 'Lost and Found' is out Friday September 9 on CD and via all good digital retailers

'Lost & Found' is the first of six on the new EP and also the single. It's a predominately upbeat collection of songs, the attention to detail in the music and production ensure Pete Allan's appealing vocals are given the right level of accompaniment. Engaging lyrics and melodic vibes, makes for a good collection of songs. 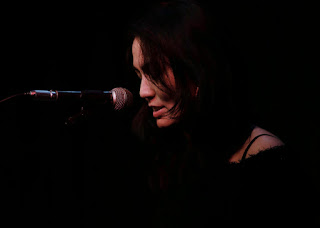 Background - ‘Follow You’ is about retelling the age old tragedy of separation, Jasmine says farewell but not goodbye to an erstwhile lover whose divergent path in life she feels she can no longer follow. It’s an intensely bittersweet dramatisation of the end of a relationship.

Jasmine Rodgers’ debut solo album Blood Red Sun channels her gift of narrative storytelling into eleven concise songs that explore the emotional hinterland behind all of our thoughts and deeds. It’s a folk album where, like Joanna Newsom, Rodgers’ assumes a variety of different masks. Whether it’s the bawdy lover amusing herself with lascivious fantasies as she watches her lover sleep, or the mystic bard piping songs about the transformative power of music itself, Rodgers’ natural gift for poesy and her depth of feeling stand front and centre in a beautifully rendered debut LP.

'Follow You' is the second song we have featured by Jasmine Rodgers, and having now listened to the album it sits well amongst many fine tracks. There is so much quality both in the lyrics, the music and the production. It's folk music by definition, however the variety between the songs is notable. I really hope this album gets noticed, it deserves to.