Background promo - Indie-Folk Singer/Songwriter Katie Buxton releases heartfelt new single 'You Flew'. Katie Buxton is an indie folk singer/songwriter originally from Philadelphia, Pennsylvania and based out of Nashville, Tennessee. At age twelve, Katie picked up the guitar and wrote her first song, and since then has had experience with bands and songwriting in multiple genres. In 2012, she was chosen as a finalist in the Sing for the Trees Songwriting Contest with her song “The World Moves By”. In the summer of 2013, Katie attended the Berklee Five Week Performance Program where she was a finalist in the Songwriting Showcase and received mentorship from Melissa Ferrick and Sally Taylor, daughter of James Taylor.

After moving to Nashville to attend Belmont University as a songwriting major, Katie was invited to join Bear House Writers Management and was one of eight to play in the ASCAP Writers Showcase in the fall of 2015. Adding to her songwriting accomplishments, she was later chosen as a finalist in the 2016 American Songwriting Awards with her song "Painted Hearts".

Katie’s debut EP “From Songbirds” was released in March of 2016. Her new single "You Flew" was recorded and mixed by Sal Oliveri and mastered by Luke Gilfeather. As for the meaning of the song, Katie explains "The song is about caring deeply for someone who is not ready to love or be loved and runs out of fear, and focuses especially on the process of learning to let go". "You Flew" is now available on Soundcloud, Itunes and all streaming services.

'You Flew' is a tender indie folk song from singer songwriter Katie Buxton. The vocals and harmonies are sweet, and accompanied by atmospheric and intricately layered music, that blends so well with Katie's voice. 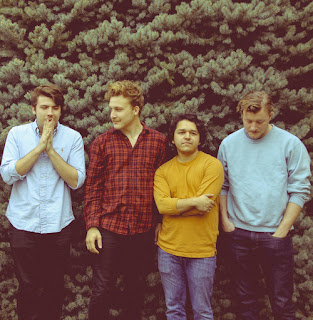 Of their song "Time to Leave" they say, It’s kind of my love-hate letter to my home state," James Lockhart explains of "Time to Leave." "Sometimes I get really frustrated with the current dividing issues in Arkansas, things that I feel like we should’ve gotten over a long time ago. But it felt good to just kind of vent about it, and this song had to be the most fun to make in the studio. Our buddy Cody Carpenter laid down some top-notch bongos in the instrumental, and John-Lewis and Moses really get to show off on guitar on this one."

Brother Moses began in 2014 when James Lockhart and Moses Gomez came together while studying at The University of Arkansas. Their debut EP was praised by Independent Clauses, w​ho said, “the lyrics are memorable, the melodies are tight, and the instrumental work is solid, but the overall mood of the piece is its greatest takeaway.” In the spring of 2015, the band teamed up with now full-time members Matthew Heckmann (bass) and John-Lewis Anderson (guitar,keys) to record their sophomore EP.

First you have the vocal impact (and with style) before the band kick in and take the song up a notch. 'Time To Leave' has an original indie rock sound. At first I thought it was a little quirky, however as the song develops you realise what a talented bunch Brother Moses are. Great song. 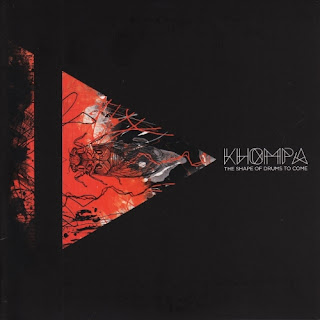 Background - With a Release date of Friday, September 2nd 2016, we have the new record from Stearica frontman Davide Compagnoni going by the name of Khompa.

The whole album is played live on drums through an adventurous mix of drumming, electronics and cutting edge drum triggering technology.

Pretty special record this, not only has Davide shared the stage with bands such as Girls Against Boys, Acid Mothers Temple, NoMeansNo, Dälek, Damo Suzuki and Coliseum, but the album also features guest appearances from the likes of Taigen Kawabe of Bo Ningen and Davide Tomat from the experimental electronic pop band Niagara.

Khompa is a unique audiovisual live act whose main elements are: a drummer, a conventional drum kit, 4 drum triggers, a laptop and a stepsequencer. Each drum controls a virtual musical instrument (synthesizers, samplers, etc.) within Ableton Live music software that, in combination with a custom stepsequencer (developed with MaxforLive app), allows Davide to perform real melodies/electronic orchestration without the use of any backing track, loops or click track. 100% live. Khompa's live show will also be enhanced by an innovative custom lightning set that will be controlled by the same triggers used for the music.

'Nettle Empire' is one of eight impressive tracks on the September 2nd album release. It's a powerful collection of music and the live video below, gives a real flavour of whats in store. Highly creative music from a really talented individual, and well worth checking out. 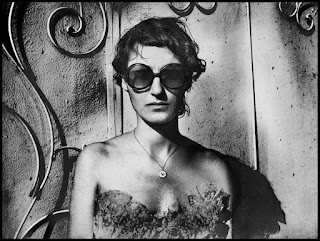 Lizzy Rose - Walk The Walk (You're A Whore).

Background - Lizzy Rose announced her upcoming album Crocodile Tears a few days back. "Seeing Lizzy Rose play a show is always a magical delight.  Her catalogue is worth digging into.  Miss Rose fronted Denver weirdo indie-pop outfit Vitamins before touring with the Flaming Lips, singing on their Dark Side of the Moon tour.  Now settled into her captivating solo project, the songwriter sings in her hauntingly beautiful falsetto lilt over melancholy piano and guitar soundscapes, creating startlingly tender and gorgeously crafted dreamlike songs."  - The Stranger, Seattle

Her new album, "Crocodile Tears" takes you on a journey through many different musical realms, from driving rock and roll anthems, to carnivalesque, operatic Shakespearean waltzes...to intimate love songs and everything in between.  The one thing that remains constant throughout is a peaceful feeling, like you've been here before.  A feeling of home.  There is a honesty and clarity in Lizzy Rose's voice and composition that is truly healing.

Lizzy Rose is a captivating performer and should not be missed.  She has an aura that welcomes and includes audiences in her journey.  Her voice grabs at the soul and conveys a message of love and acceptance to the listener.  Her songs and lyrics are both catchy and deeply spiritual.  There is hope for humanity pouring out of every lyric and from the darkness of some of her more personal songs that address the struggles of this world, there is the hidden light of redemption exploding out!

The song 'Walk The Walk (You're A Whore)' is more indie rock, than pop, it's also a pretty powerful piece. Lizzy's vocals sore above the guitar lead soundtrack, adding to the already present melody. There is a level of commitment and passion that suggests the forthcoming album 'Crocodile Tears' might well be quite something. 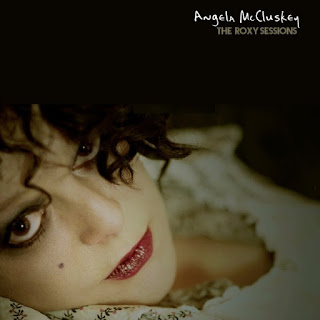 Background - "Lets Get Lost" is the second official single from 'The Roxy Sessions'. The Roxy Sessions by chart topping vocalist Angela McCluskey will be released on September 9th via Bernadette Records.

The second single to be released from the collection, "Lets Get Lost," just premiered. Recently, Angela was heard on the Big Gigantic smash hit "The Little Things," with Telepopmusik on several cuts including the worldwide #1 hit "Breathe," and now the featured vocalist behind those massive hits and more is stepping into the light with her new album The Roxy Sessions.

On this project Angela shares songwriting duties with her producer and collaborator Kiran Shahani (Bitter:sweet, Supreme Beings of Leisure). Leading up to the September 9th album release Angela will be ‘Artist in Residence’ at The Roxy Hotel in NYC.

Having listened to both singles now I reckon that 'The Roxy Sessions' may well prove to be a pretty special treat. If the song 'Lets Get Lost' doesn't get you in the mood for dancing, I'm not sure what will, and that's from someone with an appalling sense of rhythm and two left feet! Seriously this is a fabulous tune, enjoy! 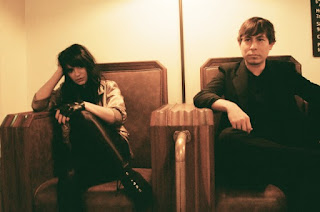 Background - The Second Howl blends pop melodies with dark and moody textures, delivered through frenetic live performances that have earned them critical acclaim across the country. Currently, The LA-based punk rock band have their debut release “You Fit In” available worldwide on all major streaming platforms and digital retailers. Additionally, The Second Howl will release the uproarious single “Hundred Dollar Bills” this summer, the track infused with the fire of screaming guitars and Jeanne’s flawless ferocity. Following the release of the single, the band will tour later this year, where the the band’s live punk energy will radiate most strongly.

The Second Howl is an alternative rock band based in Los Angeles. Founded in 2013 by singer Natasha Jeanne (formerly JD Natasha, three time Latin Grammy nominee) and guitarist/ multi-instrumentalist Alex Darren, The Second Howl blends pop melodies with dark and moody textures. Their frenetic live performances have earned them critical acclaim across the country. The Second Howl will release their blistering new single “Hundred Dollar Bills” this Summer, with an accompanying video. A tour in support of the release is in the works for later this year. The Second Howl’s debut release, You Fit In, is now available worldwide on all major streaming platforms and digital retailers.

With a blast of edgy rock'n'roll mixed with melody, pace and passion, 'Hundred Dollar Bills' is one thumping piece of no nonsense music. Why say more...