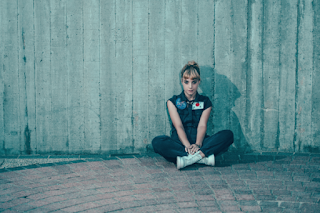 Computer Magic - Gone For The Weekend.

Background bio - Computer Magic consists of Danielle “Danz” Johnson. She is based out of Brooklyn, NY and was born and raised in the Catskills in upstate New York (in Woodridge, NY and Rock Hill, NY). She moved to Chinatown in New York City to attend Hunter College. In 2010 she moved to Tampa, FL to get away from city life. There, she taught herself how to make music and put up several EP’s for free online under the moniker of Computer Magic.

Since then, Danz has released 8 EP’s worldwide and 4 LP’s in Japan. She has written numerous songs for commercials in Japan and tours there frequently. Her full length debut Davos came out on her own record label Channel 9 Records in late 2015. She is currently self-producing her next EP which will be out by the end of the year. Ignacio Rivas Bixio accompanies her for live shows on percussion and on some recordings.

Computer Magic's "Gone For The Weekend" is a unique synth-dance-dream taken from the forthcoming EP, Obscure But Visible due Oct 7th 2016.

'Gone For The Weekend' is an original sounding synth pop song, with a powerful soundtrack and Danielle's vocals immersed within, and occasionally rising above, the melodic wall of swirling sounds. 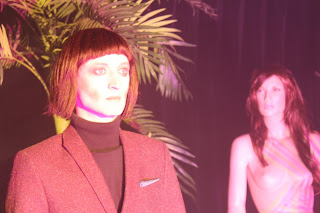 Background - Art d'Ecco released his debut album Day Fevers just a couple of days ago. To celebrate the release, Art d'Ecco premiered his new music video for "I'll Never Give You Up". The single is a synth heavy, '80s inspired dance track that's as haunting as it is electrifying. It's a distinct departure from d'Ecco's glam rock inspired single "She So Hot," showcasing his adaptability across genres.

Art d'Ecco's story is anything but usual. After a period of personal turmoil, d'Ecco escaped the city life and relocated to the Gulf Islands of British Columbia to embark on a journey of much needed soul searching and personal rediscovery. He spent the last three years in relative seclusion on the island retooling, writing, and overcoming the obstacles of isolation and regret.

With Day Fevers, d'Ecco peers through a lens of nostalgia with nods to glam rock, classic rock n roll, krautrock, spaghetti westerns, and new wave psychedelia. He sought to deliver an album across different genres with himself as the sonic rug that ties it all together, or rather a playlist. Starting with "Sunrise" and closing with "Sunset," Day Fevers travels through themes of desire, isolation, nostalgia, and personal discovery, taking listeners through all the lows and the highs.

"Formed during the three year period I spent in isolation, tucked away in a cabin on one of the Gulf Islands in British Columbia. I'd fled a bad scene in Vancouver – my life was spinning out of control and I needed a refresh. I was burnt out and over playing music. The scene. The Debauchery. I was emotionally hollowed out. Eventually, I discovered that feelings of alienation and desire were something I could channel into music. I've always been a man of extremes, so it was in this escape that I rediscovered myself as an artist. These songs came from months of writing and from being alone." - Art d'Ecco.

There is most definitely something of a retro 1980's synth vibe running through the hooky and melodic 'I'll Never Give You Up'. The video accentuate's this even further, it's a delight, as are all nine songs on the debut album. 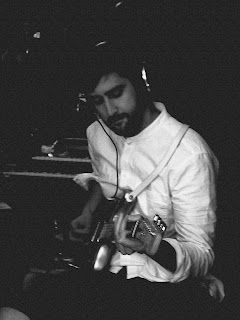 Background - On the 14th of October Albert of Ekenstam’s debut album ‘Ashes’ will meet its expectant audience. Singer/guitarist Sumie Nagano (whose self-titled album on Bella Union is a must for all who love unique voices), drummer/ keyboardist/producer Filip Leyman (who, together with Albert, make up the post-rock constellation Tempel) and trumpeter Max Lindahl (known from a number of jazz bands) have all helped Albert bring it to fruition.

Like Elliot Smith (rest in peace) and Damien Jurado before him, Albert is a brave and straightforward singer-songwriter. His melodies and lyrics are like uncensored and infinitely beautiful letters – without euphemisms and false chords they let you know what’s on his mind. At the same time, they’re universal – if you’ve loved and lost you can relate to them completely.

Albert’s mother died when he was 12 years old and him and his sister had to bring themselves up alone for the most part. Much of the album touches on loneliness and how he had to take responsibility early in his life in order to manage his own future –including his relationships and how he learnt to build a ‘safe point’ from within before relying on others. Songs like ‘The Devil Bird’ tell the tale of fighting to choose the right way you want to live and not living to the standards built up by outsiders.

They also stir the internal movie projector. With “Ashes” on the stereo and eyes closed, memory fragments, glowing emotions and pure dreams fly and stir through your soul. Filip’s production (which you’ve heard on Anna von Hausswolff’s two latest albums) is both intimate and grand at the same time, making this personal cinematic experience even more sensational.

First of all there are the vocals of Albert af Ekenstam. Genuine, intense, powerful and so good for the ears. Follow this with a song as pleasing as 'The Devil Bird' and you know your listening to something very special. Fabulous voice and song! 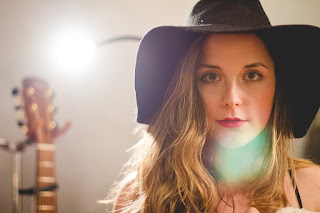 Background - Brooklyn Doran is an indie folk songstress, originally from Kenora, Ontario who is now based in Toronto. The singer-songwriter’s music presents a unique and harmonious blend of traditional folk and contemporary pop. Her live show weaves song and storytelling, from humorous anecdotes to emotional ballads, to delightfully folk-infused love songs.

Brooklyn Doran’s music has been featured extensively on CBC and radio throughout Canada, featured in music publications worldwide and Her debut 5 song EP “There’s A Light On” (2014) received a nomination at the Toronto Independent Music Awards for Best Adult Contemporary.

Brooklyn’s debut full-length album “These Paper Wings” was recorded at Catherine North Studios and is due for worldwide release September, 2016.

Brooklyn Doran's new album “These Paper Wings” was released last Friday, which seem's a good enough excuse to feature another track, from what is a finely crafted and produced collection of indie folk songs.   'Say The Words' is the final song in the collection, you can find out more on her Website here.