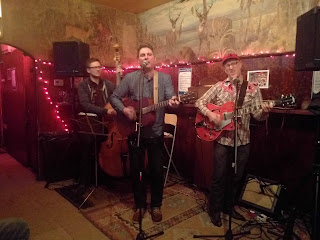 Peter Joly - Till They Go.

Background - Singer-songwriter Peter Joly was born in Buffalo, moved on to New York and began writing and performing whilst keeping his head above water working as a cab driver. Since the early 90's he has performed in and around Chicago and gaining attention for his work with the bands Big Breakfast and For Pilots.

All the songs were written by Peter in the summer of 2016 before recording them at various locations including MINBAL and Strobe Recording in Chicago, and Elecric Lady in New York (All the songs were mixed and mastered by Phil Joly in Brooklyn, NYC). Peter celebrated the release with a packed house at Chicago’s famous Hideout Inn, back in November 2016. Facebook here.

There are some really special and genuine Americana songs on the recently released self titled album from Peter Joly. 'Till They Go' is but a glimpse of the quality to be found across all eleven tracks. Listen to some more here. 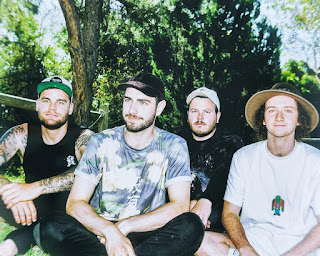 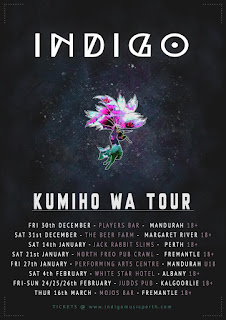 Background - Right from the very first listen of opening track and single 'Deluge', you can tell how much love and painstaking detail Perth's Indigo have put into creating their second EP, 'Kumiho'. From its sonic sculpturing of rich, mellow tones, to the band's effortlessly breezy songwriting; 'Kumiho' captures something special.

In their first couple of years Indigo released their first EP, earned their first support slots, entered (and won) the Ampfest and Stagebound competitions, were invited to the Southbound and State Of The Art festivals, played their first live radio set, and found the start of their fanbase beyond their own friends.

Now as they've become more accomplished as a band (recently supporting Tired Lion and The Jungle Giants) and as players, their music is becoming more sophisticated and subtle. A thoughtful approach to writing and recording resulted in Indigo teaming up with fastidious engineer Matt Gio (San Cisco, Abbe May) - putting one of Perth's most promising bands in the hands of one of its most successful producers.

Guitarist Dylan Keirnan explains “We were extremely picky with this one, having quite a few of our past tracks almost fall into different genres, it took us a whole year to find the sound we were searching for, we even completely scrapped two songs on it, and right on the very last track, we sat back in the studio after recording the first few parts and thought, this is the sound we want, so we went back over all the other tracks and changed them to suit.”

'Kumiho' is simply a pleasure to listen to. The sound is layered and detailed, but still easy on the ears. The music is fun, but still carries a bitter-sweet emotion. Due for release at the very start of 2017, Kumiho is perfectly timed for summer, and will kick off a year of touring for Indigo as they steadily work towards the next milestone of releasing their debut album. 'Kumiho' featuring the single 'Deluge' is out January 1, 2017 on CD and via all good digital retailers. Facebook here.

'Deluge' is the single and the first of four very fine songs on the forthcoming EP release. It's refined alt rock that mixes melodies alongside a subtle and developed sound, that said, if the band feel the need to turn things up, they can pack a punch to.