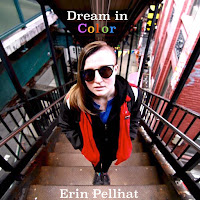 Background - Erin Pellnat is currently an unsigned singer-songwriter based in Brooklyn, NY. Her new EP Dream In Color includes songs that range from colorful acoustic, to accordion waltz, to Bossa Nova.

Erin is also a member of Brooklyn band Caretaker, however her solo material takes her in a number of  very different directions.

If you want to play detective then Beehive Candy featured a relative of Erin Pellnat earlier this year, no prizes for guessing, it's a small world. The EP was recorded in the fall of 2016. Bandcamp here.

'Dream in Color' is the title track and the first of four really fine songs in this EP collection. Although the songs take differing directions, Erin's vocals consistently stand out. Musically melodic, there is considerable attention to detail within the soundtrack which adds that little extra and makes this EP pretty special. 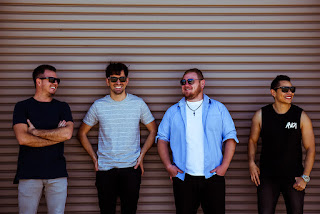 The Plastic Attraction - No Foresight.

Background - The Plastic Attraction is the lovechild of four childhood friends from the southern suburbs of Perth, Western Australia - Liam (vocals), Matt (guitar/vocals), Horna (bass/ vocals) and Chris (drums/vocals). They grew up together on a diet of gratuitous guitar solos, pop anthems and late nights singing harmonies at house parties.

The band released their debut single, ‘Holding You’, in August 2016. The single was met with critical acclaim by radio stations, blogs and the band members’ parents. Sounds of Oz reported that the band had “hit a home run with its debut single” and Eat Sleep Breathe Music similarly praised the band’s release, saying “with its first melodies you are instantly attracted to their 90s vibe”.

‘No Foresight’ is the band's follow-up single to its August debut. And, like the debut, the band was supported in its production by industry heavyweights: recorded by Tristan Sturmer at Sumo Sound Studios (Sparrow, Verge Collection, Make Way For Man); mixing by Andy Lawson at Debaser Studios (Tired Lion, Eskimo Joe); and mastering by the master himself, Leon Zervos at Studios 301 (Boy & Bear, Art vs Science, Last Dinosaurs).

‘No Foresight’ is a mix of frenetic beats and a fuzzy-buzzy meld of guitar and bass. Set against this backdrop, the lyrics spin a story of angsty pain – it’s a melodic push back to the persecutor, the bully, the tormentor – it’s catharsis on the dance floor! In anticipation of the release of No Foresight, The Plastic Attraction will be playing at Four5Nine (North Perth) on Sunday 18 December 2016 (doors at 8:30pm). Facebook here.

'No Foresight' mixes some feisty alt rock sounds with fine vocals and harmonies. Add in the energy and melody and you have one very catchy piece! 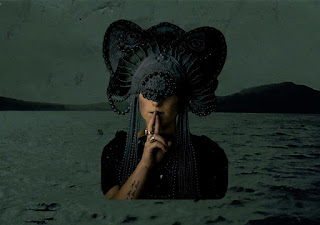 Background - Parisian producer and electronic artist, Tallisker is pleased to share the video for new instrumental track 'Astraea'. This new video follows the story of an androgynous heroine, Astraea, who is stuck in an endless Matrix-esque loop of life and death… Tallisker is the DIY solo project of French artist Eléonore Melisande, 28. A former cellist and guitarist with a classical and folk background, she is now a full-time DJ, producer and performer with electronic, post-folk & rave aesthetics. Winning the Inrocks Lab Award (2014), the Booster Award (2015) and performing every weekend helped her take oﬀ pretty quickly and now she's pleased to celebrate the release of her debut EP 'Heliotrop'.

Baroque aesthetics are a major driver to her work: movement, expansion, tumult, ostentation, super-emotion, drama and tension. Her introspective universe often draws comparisons to artists like Björk or Fever Ray while her epic, soaring string sections are reminiscent of post-rock and neo-folk bands like Sigur Ros or Woodkid. The arrangements also feature rough drumkits and nasty sub-bass unveiling a full allegiance to trap & rave culture.

On 'Heliotrop': "Most of the tracks were written in Glasgow, Summer 2015, while listening to a lot of classical Music, mainly Baroque & Romantic-era masterpieces, plus techno and trap music! It was my purpose to explore these extreme genres, from the most traditional to the most recent forms of music to accelerate the genesis of something hybrid and awkward. Heliotrop is also a manifest."

"The artwork reveals this hybridity too. I’m wearing a costume that stands for tradition -religious, aristocratic, sacred. But this costume has been distorted and alienated thanks to contemporary, forward-thinking devices and tricks - Photoshop or other software. So in the end it looks like a ghostly, electronic silhouette full of mystery. You couldn’t say whether the portrait comes from the Tsardom of Russia or from a spaceship. It pictures how you can turn heritage into innovation, and vice versa."

The video storyline for 'Astraea' may be intriguing enough, however for me, it's the sublimely original music that I am fascinated by. With and without the imagery a story unfolds, don't get me wrong the video really is something quite artistic and original, however so is the music. I guess it's a case of having your cake, and eating it (hopefully that old saying crosses borders).