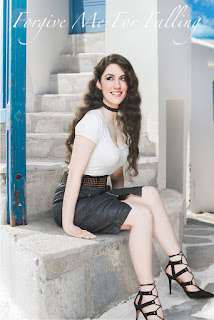 Ferlein - Forgive Me For Falling.

Background - Forgive Me for Falling is Ferlein’s debut single from her upcoming debut album Poetic Mind.  Ferlein is a singer/songwriter with a gift for poetic storytelling.  Her unique contralto voice with lush velvet tones combined with a mix of delicate and powerful delivery enables her to tell her stories with genuine passion and emotion.

Marcel Yammouni is Ferlein’s music producer and guitarist.  Marcel describes Ferlein's music as fearless and inventive. "Ferlein has a unique sound which I struggle to put in any category all I know is I love it and am thrilled to be working with her".

'Forgive Me For Falling' is something of a classic sounding pop song, with a genuinely timeless feel to it. Musically as you would expect with the calibre of the band, it's one professional piece, which it really needs to be, as Ferlain has such a powerful and melodic voice. With an album to come, if you like your pop in the classical style, this could be something rather special. 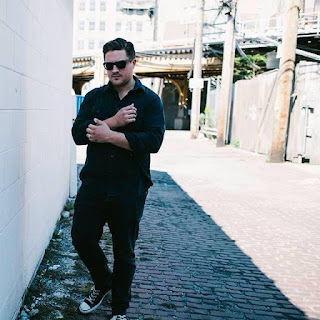 Profiles, which will be available on limited edition vinyl and for digital download, features contributions from Ryan Joseph Anderson, Dan Ingenthron and Jamie Gallagher. All song were written by Biggins, who also handled vocals, guitar and piano. The album was produced by Ryan Joseph Anderson, recorded and mixed by Matt DeWine at Pieholden Suite Sound and mastered by Carl Saff at Saff Masterting.

Donnie Biggins celebrated the release of Profiles with back to back shows at Tonic Room in Chicago, earlier this month. Website here and Facebook here.

The first of eleven tracks on the album is 'Lula'. Oozing laid back charm and original rock'n'roll vibes, it's a good taste of whats to follow on the album. Mixing tempo's, melodies, and rhythm, every piece carries it's weight on this very assessable collection. I'm guessing this must be well worth seeing performed live. 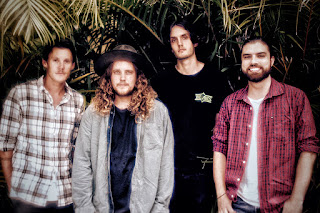 The Desert Sea - All Mine.

Background - With a reputation for high-energy live performances, The Desert Sea’s unique blend of raw vocal melodies, earthy riffs and chest pounding rhythm’s, serve up a tasty cocktail that’s sure to leave you with a sore head and a vague recollection of what could’ve been the night of your life.

Having built some solid momentum with the release of the EP’s first single ‘Elevator’ earlier in the year, the boys are now ready to drop their follow up single ‘All Mine’; A blues rock thumper with hook laden vocal melodies and a signature guitar riff that’s sure to stick firmly in your brain.

Drawing influences from bands like The White Stripes, Arctic Monkeys, Royal Blood and Led Zeppelin, The Desert Sea have tailored their sound on a fusion of heavy blues and rock. ‘All Mine’ tells a story of personal discovery through observation as the subject struggles to quantify his own worth by society’s measures.

A massive 2015 saw The Desert Sea release their debut Oceanic EP (receiving radio play Australia wide and in the US), score supports with great Aussie acts like Sticky Fingers, The Fumes, Ash Grunwald and Jebediah and leave a trail of sweaty stages and ringing ears in the wake of their biggest tour to date. Finishing off the year at ‘Szyslak Studios’ with Sydney producer Mo Mayhem (Hell City Glamours, The Lockhearts), The Desert Sea knuckled down to record their second EP Steal The Light From The Sun. Look for the whole EP to be released in early 2017. Website here, Facebook here.

'All Mine' has a delightfully wacky storyline video (story might be pushing it a bit), however once the music starts your in for one feisty and potent rock song.