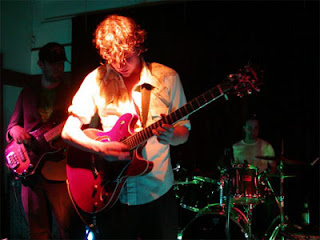 It's been a while since we have featured a live concert and so to end the year, here is a very good recording of a band  some will know, and hopefully many more will get to hear, know and enjoy...

Tea Leaf Green began in the fall of 1996, when Scott Rager met Ben Chambers on the campus of San Francisco State University (SFSU). Chambers was the group's original bass player but left in 2007; he is featured on the band's first four albums. Rager and Chambers began playing together, practicing in Chambers's bedroom in a back house off Church Street in San Francisco's Castro District. In early 1997, Clark, a childhood friend of Rager, moved from the Los Angeles area to San Francisco and became the third member of the band. Garrod, also a SFSU student, joined soon after. 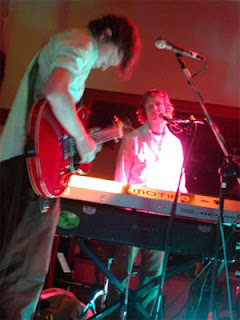 In the late 1990s, Tea Leaf Green began gigging throughout San Francisco, becoming the de facto house band at the Elbo Room for a period in 1999. The band's first album, eponymously titled, was released that same year and featured twelve original compositions, included songs such as "Professor's Blues," "Asphalt Funk," and "California," all of which remained part of the band's live repertoire for years. Over time, the band pared down the all-inclusive sound featured on the first release and formed a more focused style of songwriting inspired by Garrod's Dylanesque musings and Clark's unabashed, frenetic soloing.

Tea Leaf Green continues to maintain a steady, if often arduous, schedule, playing clubs and other assorted venues across the country. Known for extended psychedelic, rowdy, and exploratory live shows. Other unofficial, but sanctioned, performances are available through archive.org. The group, independent and often on the periphery of the mainstream music industry, continues to rely on grassroots expansion of its music through the diligence of its fanbase, community forums, and web-based music avenues such as jambase.com.

Genre: Rock (in many forms).

Hot Dog >
Kali-Yuga
Bootlegger
Vote on Tuesday
Reservoir
Papa's in the Backroom
Precious Stone
Freedom
Been So Long
Who Am I (What's My Name)?1,2
My Bastard Brother
The Invasion
The Garden (Part II)
Professor's Blues
Earth and Sky
Warmup
Loony Bin
Snoop
Tequila
Killing in the Name3
Baseball Jam

Comments: You can stream the concert below. For download files in either FLAC, MP3 or OGG VORBIS format, visit the Internet Archive (here).