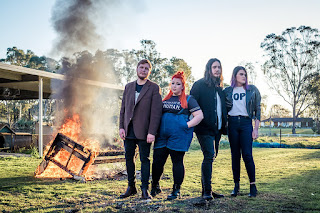 The Last Exposure - Human. Background - The Last Exposure releases their brand new single ’Human’, following the success of their debut ‘Echo’, ’Human’ is an uplifting song about not feeling as though one belongs in their body and does not in fact feel human. The Last Exposure offer an early 90’s alternative rock punch fronted by sassy and powerful vocals. They take pride in their performance - its rock, it’s loud and it’s fierce. The Sydney band has been playing gigs in the city, non-stop since it’s inception in 2015, in that short life span supporting the likes of Hands like Houses, L-Fresh the Lion, Columbus, Camp Cope and Philadelphia’s Cayetana. The band met while studying their music degrees at university, travelling up to two hours each way just to rehearse and write together. With finishing their courses, they decided to take their original material and continue as The Last Exposure. Chelsea Barnes, singer, says, “It’s a song about getting to the bottom, feeling that low and
Post a Comment
Read more 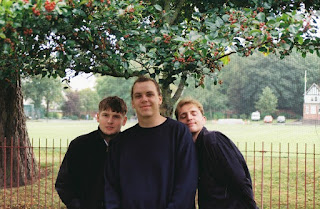 Trudy and the Romance - My Baby's Gone Away. Background promo - With a Big Moon support slot this autumn and SXSW in the bag, Trudy and the Romance’s scurvy ascent has been as pestilent as the plague, infecting hearts and minds everywhere. Labelled ‘50s mutant pop’ by assorted members of the press, their previous single ‘He Sings’ sallied lecherously up to number 7 on the UK Spotify viral charts. Their freakbeat flavoured skiffle clearly strikes a chord with legions of mutant fans everywhere and is a broken bottle to the face of blind conformity. 6Music’s Steve Lamacq is a bona fide fan. After seeing them live at their packed-out debut London headline show at The Victoria this July he promptly made them artist of the week. Further feverish support on the wireless has come from Radio 1’s Huw Stephens who included ‘He Sings’ in his Best of BBC Introducing, John Kennedy at Radio X and further afield in LA's KCRW. With more material in the works and more gigging before the year
Post a Comment
Read more 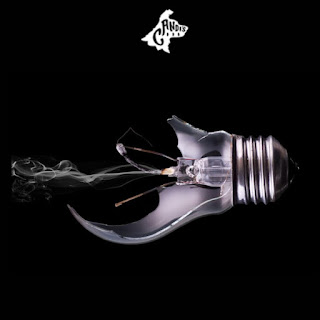 Candi's Dog - A Light Has Gone Out. Background promo - Tyneside trio Candi's Dog specialise in acoustic Folk-Pop, combining inventive structures with ludicrously catchy melodies in the essential “A Light Has Gone Out”, released Friday 25th November 2016. “A Light Has Gone Out” demonstrates Candi’s Dog at the very top of their unique Folk-Pop game with crisp, upbeat melodies and warming harmonies generously supplying a comforting air of familiarity whilst simultaneously providing a fresh take on the Folk-Pop genre. With crystal-clear tones combined with bucket loads of untouchable sincerity, the resulting mash-up is akin to the likes of Bright Eyes and Fleetwood Mac along with the lyrical qualities of Ed Sheeran and Bob Dylan. It’s just too damn hard not to like these fellows as audiences have been finding out. After supporting The Sons Of Pitches, winners of BBC TV’s ‘The Naked Choir’ on their sold out shows earlier this year, Candi’s Dog are back by popular demand, well and
Post a Comment
Read more 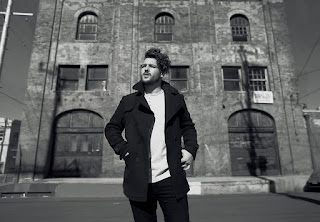 Otis English - Trigger. Background promo - This past August, Otis English made his debut with “Young Kids, Old Love,” a breakout hit that quickly climbed to #1 on Hype Machine, was added to Spotify’s New Music Friday among other coveted playlists moving the song into both the Global and Top 20 US viral charts, and was part of Apple Music’s “Best Of The Week,” giving the song a cumulative 1M streams to date. With his upcoming single, “Trigger,” scheduled for release on October 24th, Otis continues to speak to the darkness within while simultaneously dragging you into the light. With a big voice, beautifully twisted lyrics and a natural storyteller approach to performing, Otis has arrived in time to replenish the current well of truly meaningful artists. If his voice doesn’t break your heart, his lyrics, a window into his strange and nomadic history, definitely will. Otis’ upbringing was far from ordinary. His history reads more like a chain of mishaps and tragedies than it does the u
Post a Comment
Read more

BeeVids: The Montreals - The Soonest - Arrow 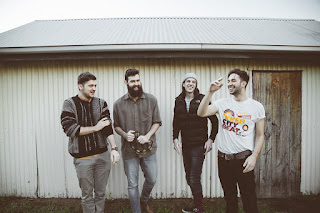 The Montreals - Indigo Club. Background promo - Founded in late-2015, The Montreals humbly went about forging an eclectic sound, splicing subtle jazz and Brit-rock influences over catchy guitar work and melodic vocals. They’re excited to share their new single ‘Indigo Club’ released through Marshmallow Pavement Records, and premiered last Friday through aaabackstage.com. It’s the first taste from the soon to be released eponymous Indigo Club EP. Just this year the band has caught support slots for the likes of Alpine, Andy Bull, Hey Geronimo, John Steel Singers, and Last Dinosaurs. The collective was also recently named one of triple j Unearthed’s Spotlight Artists. The EP was mixed by Magoo (The Jungle Giants, Art vs. Science) and mastered by Steve Smart of Studio 301 (British India, Vance Joy). “Lyrically, ‘Indigo Club’, was triggered by a professedly drunken night in a swanky bar; I was swiftly kicked out and hit the sidewalk for some quality me time. The Indigo Club EP looks upon
Post a Comment
Read more

Quality Not Quantity: The Culture In Memoriam - Jackson Dyer 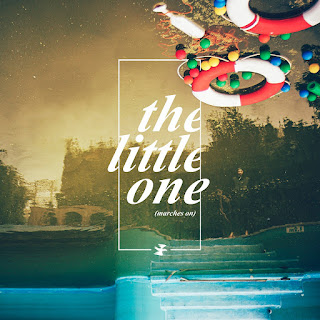 The Culture In Memoriam - The Little One (Marches On). Background promo - The Little One (Marches On) is a song about the dreams you left behind. The dreams that gave you comfort and tucked you in at night when life showed itself from its ugly adult side. The dream of a better world and the dream of a worthy future. The dreams carried you and stood by your side during all those years growing up. But somewhere, in the middle of it all, you ran away from yourself. And you ran too fast. Never gave the dream, or the child in you, the chance they deserve. Years later, that little child pounds at you from the inside of your chest and bites your guts all these mornings when you’re going to that same workplace and to that same asshole that calls himself your boss. Listen up. Come back. The little one is still here. The little one misses you. The little one will continue to harass you from inside until you’re back. The little one marches on and shouts: be realistic and demand the impossible.
Post a Comment
Read more

Alternative Take: I Wish I Was a Fish - Hundreds - Of Gentlemen & Cowards - Ex Reyes - Daphne Willis 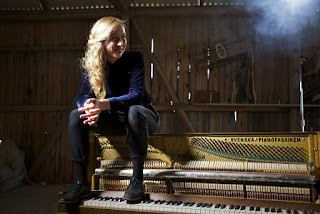 I Wish I Was a Fish - Follow. Background promo - Four intense and crazy days in San Fransisco - that was all it took for Stockholm based artist I Wish I Was A Fish, or songwriter/multiinstrumentalist Frida Teresia Svensson, to finish what is going to be released as her debut EP. The solo project, which started out from an everlasting curiousity towards learning new instruments and finding out what they can do with the songs, finally transformed into shape when Frida met producer Elliott Peltzman during a trip to San Fransisco. Pretty soon after their first creative meeting Frida found herself working in Elliot's studio with a vision to create something where an acoustic live vibe meets an electronic landscape. The material to be heard on the EP; and that is exemplified by new single "Follow", was written while Frida spent an autumn in Berlin. Some of the songs stems from reflections on society, while others are more personal recollections, a way to work through things
Post a Comment
Read more
More posts