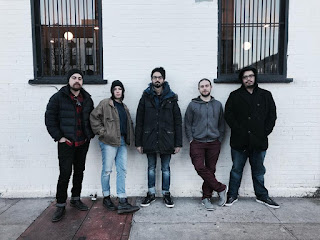 Originally from England, Callum was inspired to create Analog Candle after collaborating with an array of musicians while living in the magic and bustle of New Orleans. The project began over six years ago, after Callum realised he was more comfortable with the concept of others performing and interpreting his creations than he was embodying them completely himself. Bringing together performers from the realms of avant-garde, folk and emo, the initial group began recording at Callum’s bedroom studio, and self-released a number of songs online under the moniker, Analog Candle (a reference to the Arcade Fire album ’Neon Bible’).

Influenced by the early albums of Animal Collective and Broken Social Scene, experimental-pop outfit Xiu Xiu (Callum has worked with Angela Seo in the past), acts like Arcade Fire, Beach House and the surrealist and absurdist creations of literary heavyweights like Haruki Muramaki, Franz Kafka and Sylvia Plath - the ‘art-rock’ collective is also largely dedicated to the hybridization of pop music and production technique. In this way, after settling in NYC, the Winter ’15 EP became the culmination of a variety of cultural and musical viewpoints. Facebook here.

'Trier' is a gentle and very atmospheric song where the vocals and harmonies are a delight. Melodic and soothing, this really is a dreamy and warm song. 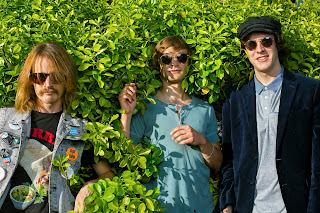 The Captain's Son - Walking Around Purposely.

The Captain’s Son is Paige Byrd, Jarred Hayden and William Hopkins. Together they have the ability to blend catchy warm guitar melodies, laid-back harmonizing vocals and upbeat drum rhythms, reminiscent of early California surf pop. Hailing from Springfield, Missouri, the band formed after Byrd and Hayden started playing together as teens. Hopkins later joined the band and after realizing they shared the same passion for music, it encouraged them to continue their journey together as The Captain’s Son.

The Captain’s Son’s latest self-titled release found inspiration from self-discovery, growth and the realization of having freedom to create your own path even in a time of chaos. Lead vocalist Byrd describes how the music was influenced by time, place and everyday experiences. He confesses, "anything from the culture, the weather, the scenery, or the people you're with will influence what we write”. The laid-back and care free approach to the EP was designed to encourage their fans to feel free, "free to do what you want and be who you want, realizing your mistakes and accomplishments, and embracing all of the ups and downs and uncertainties life brings you”. The group explain how the whole process of recording was a fun and loose-hinged pursuit, during a period where they would listen to underground and analog recordings, which ultimately resulted in the desire to capture that exact sound. Byrd explains, "If there wasn't vinyl on the record player, the radio was on or there was a tape in the tape deck. The warmth of that old analog sound constantly filled the room”.

The leading 'Walking Around Purposely' captures the three-piece’s signature sound with jangling guitars, catchy melodies and upbeat, driving drums. In ‘For Free’ the elements of fuzzed out psych rock are paired perfectly with soul pop harmonies. The Captain's Son self titled EP is set for release March 10th. Website here and Facebook here.

'Walking Around Purposely' is a delightfully uncomplicated track with the band coming across as laid back and comfortable. Well that's the case until around the halfway mark, when the energy levels are stepped up and the bands garage rock capabilities are put squarely in the listeners ears! 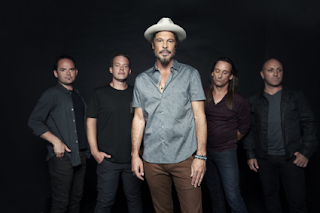 Big Wreck - One Good Piece Of Me.

Background - Multi-platinum selling Canadian rockers Big Wreck are set to return with “Grace Street”, an album that continues to build on the creative momentum of their two previous JUNO-nominated releases, “Ghosts” and “Albatross”. The first single to be taken from the new album is “One Good Piece Of Me”.

Co-produced by Garth Richardson (Rage Against The Machine, Red Hot Chili Peppers), the sonic diversity on “Grace Street” is indeed stunning. Heavy grooving tracks such as the lead-off single “One Good Piece Of Me” and “Digging In” rub shoulders with the atmospheric “A Speedy Recovery” and the epic seven-minute instrumental “Skybunk Marché,” while other tracks feature added touches such as Miles Davis-style muted trumpet, wine glasses, a sample of a child’s heartbeat, and a Leslie speaker guitar solo recorded on a mountainside adjacent to Richardson’s B.C. studio. Facebook here.

Taken from the forthcoming 'Grace Street' album 'One Good Piece Of Me' sees the band demonstrating their rock'n'roll credentials with a mixture of power and melody. The album explores differing ideas with the band testing new boundaries and seemingly stepping up a gear or two on the creative front, and in fairness carrying this off with real style and passion. 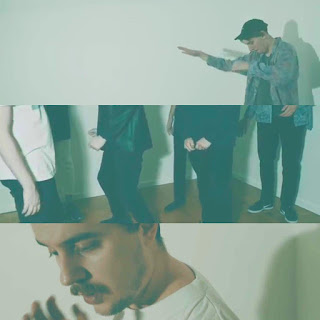 Background - The Stockholm-based band Alexandria muddling through the post-ironic middle class obstinate age. Their semi-electronic pop weaves together playful groove with muffled rhythms. Out of their combination of intoxicated palm tree sensualism, heard in their previous hit ”Secret Beach”, and melancholy influences from job anxiety arises an exciting harmony.

In short: umbrella drinks meets ”back to the grind”.

The band has found an unconventional and dim world of sound of catchy melancholy, where shimmering synths engulfs the listener in a dream-like state. Alexandria has created their own sound where realism and escapism is in a state of equilibrium.

- "Most good videos we've seen involve dancing in some way, so we figured we should also give it a shot. We told Adam Tonér about the idea and he transformed it into this super nice video."

The single will be followed up by the album ”Bossa” which is their first full-length. ”Bossa” will be released January 26th 2017 on Lab259. After that, the band will embark on a tour of Sweden. Facebook here.

We featured Aexandria last November describing their music as melodic and expansive. 'Home' continues that trend, with some cleverly layered sounds that surround the vocals and drive the melody.

Background - In the space of just three tracks, Oxford quartet Low Island have inspired glowing comparisons with the likes of Caribou and Radiohead, as well as earning Radio 1 airplay courtesy of Huw Stephens and Phil Taggart, and they’ve been added to Spotify UK’s Fresh Finds and New Indie Mix playlists.

Although still in their early twenties, Low Island share a rich and varied musical background which informs their current synthesis of styles. Carlos (vocals/guitar/keys), Jamie (vocals/guitars/keys/electronics) and Jacob (bass/keys) first played in an alt-rock band together in their teens before Carlos and Jamie instead embraced dance music with some success: they held a residency at The Warehouse in Leeds; DJed at festivals such as Glade and Gottwood; and their original productions received Radio 1 airplay.

Drummer and percussionist Felix adds another dimension to his bandmates’ background in live bands and electro. In addition to touring with the Grammy-winning jazz/rock/soul fusion collective Snarky Puppy, Felix has also performed with the band’s found member and pianist Bill Laurance.

Such reference points operate as a waypoint en route to a richer palette of sounds which encompass electronic and live elements while also balancing raw performances with carefully nuanced productions. Their influences include Arthur Russell, Caribou and Grizzy Bear. Facebook here.

Deep rich vocals are accompanied by a stripped back and potent rhythmic rock soundtrack. 'Recent' has the sound and calibre I would expect from a more seasoned band, it would seem fair to state that Low Island are ahead of the game in that respect!