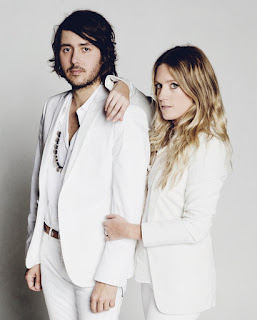 Background - Freedom Fry is about to release a ton of great new music to follow up last year’s “Shaky Ground” single which is approaching 6M plays on Spotify, leading up to their debut album, and here’s the first single of the year. Prior to the release, “Awake” has been synced already in a handful of places including the Netflix show “Love” and the film “Baby Baby Baby.”

The name “Freedom Fry” – a satire on French/US relations during the Iraq war. The French & American duo have racked up over 40 appearances on the music blog aggregator, including SEVEN Top 10s and TWO #1s. While independent, they’ve amassed over 20-million combined streams on Spotify & SoundCloud and received support across airwaves from radio tastemakers KCRW, KEXP, BBC Radio 2, Radio 6, SIRIUS XM, WXPN, RTL2, and beyond.

Freedom Fry’s music, which heavily bleeds the warmth and sunshine of their home state of California, skirts the lines between pop, folk and indie rock – always blended with danceable rhythms and a sing-a-long chorus. Website here, Facebook here.

There is nothing like a well produced bright and breezy indie pop song to lift the spirit and 'Awake' does that in style. Delicious harmonies and vocals and a hook laden melody makes this song really stand out. 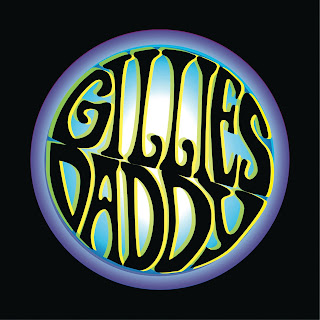 Background -  Straight from the frozen tundra of Winnipeg, Manitoba, to the sunlit shores of Los Angeles, California, came the two Canadians. They met in the confines of a summer session at United College, due to an aversion to math. They soon discovered an equally shared love of music.

Over the years the two have worked as songwriters, musicians and producers in both the film and music business. Through it all they have maintained their passion for melodic pop music. Culminating in this latest endeavour "Delusions of Grandeur", reflections of both writers weave in and out of the CD. John the optimistic, methodical one and Graham the moody, contemplative one- blended in more or less equal parts.

Hope is a necessary ingredient for any artist, and speaking as an emissary for the team, we hope that some part of this latest project touches you in some small way.

Delusions of Grandeur  is our 21st century evocation of the golden age of pop music , mainly the 60’s with an emphasis on the wonderful productions of the Beatles and George Martin though the influence of the Who , the Beach Boys , the Zombies and others can be heard throughout. It is designed to be listened in it’s entirety , complete with segues and transition pieces, That is perhaps a bit of an archaic concept in and of itself in this age of single downloads but we had a great time doing them nonetheless. Website here.

Although 'Delusions of Grandeur' has been around for a little while now, Nub Music have picked up on the duo and hopefully their wonderful music will reach a wider audience.  'Mr. Robertson' is typical of the wonderfully creative re imagining of all that was good about sixties pop music. Love it! 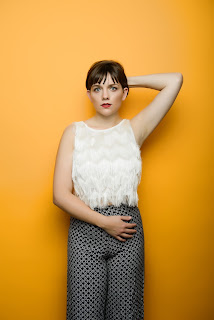 Background - New York-based singer-songwriter Lesley Barth is a master of fusion.  The daughter of an opera singer and an actress, she grew up in a very musical and creative household, studying classical piano, devouring Romantic poetry, and swimming in 60s/70s pop, rock, and soul. Following a few years of teaching music in Philadelphia, Barth moved to New York City 5 years ago and has been consistently building a name for herself.

After performing around top NYC singer/songwriter venues for a few years and capturing audiences with her strong voice and compelling lyrics, she released her debut EP, “Good Like This,” as a surprise to her supporters on her 28th birthday in summer of 2015, quickly building a loyal and devoted fanbase off of its warm reception.  Only several months later, in partnership with OvationTV and Rockethub as part of their first “Creative Studio” of artists, she was able to crowdfund her first full-length album from the growing number of supporters who were hungry for more from Barth.

The album “Green Hearts,” out January 27th, 2017, was made at Brooklyn’s Mission Sound, where Barth recorded her debut EP in 2014.  Elements from disco, folk, country, blues, and retro pop have been woven together by themes of longing, soul-searching, and young love in her first full-length album. Website here and Facebook here.

The new album 'Green Hearts' is packed with melodic and creatively varied songs that are produced to a very high standard. 'Just Like Summer' showcases Lesley Barth's superb vocals with one of the more uptempo tracks in this high quality collection.