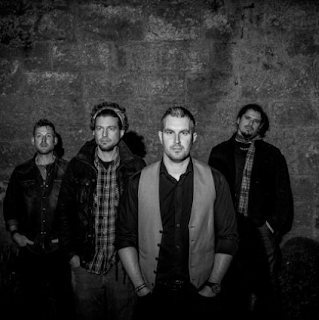 Traveller - All This Time.

Background - The summer of 2012 saw Gerry Sheridan and Simon Usher begin their songwriting partnership, which progressed to become Traveller in January 2016 when they were joined by Martin Yves on guitar and Brian Socha on bass.

By spring 2016 the band had written and recorded their debut EP at Chamber Studios in Edinburgh. Taking just four days to complete, 'All This Time' enabled Traveller to connect to an ever growing fanbase who are drawn to their Anthemic Rock wall of sound.

"There’s a sonic harmony that is often created by the band during rehearsals and it’s often from this that sparks the imagination to write" explains Simon. "We write about life’s journey, from the people we meet along the way to all the various experiences that we have, both good or bad..." Website here, Facebook here.

Not exactly brand new, however having received a piece on the band, I wanted to give them a feature because the EP that 'All This Time' is taken from, is such a fine collection of alt rock music. Mixing high quality musicianship, natural rock vocals and well written tracks seems more than enough to play a little catch up with the band. 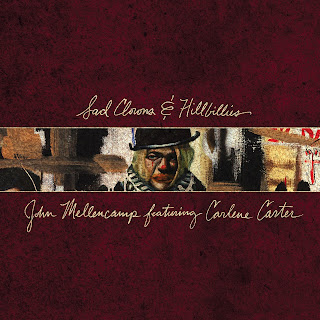 Mellencamp’s new single is “Grandview” featuring Country music star Martina McBride. He released the track, Easy Target in January as a continuation of Mellencamp’s journey to convey the truth through this passionate and plain-spoken song. The video's release occurred on the eve of the inauguration. The song focuses on the Black Lives Matter movement as well as gun violence in America. Fans who pre-order Sad Clowns & Hillbillies will get an instant download of Grandview and Easy Target.

This summer, Mellencamp will tour for 22 stops across North America for his all-new Sad Clowns & Hillbillies tour kicking off on June 5th in Denver, Colorado with special guests, Emmylou Harris, tour-mate Carlene Carter and Lily & Madeleine. Website (including tour and pre-order details)  here.

If John Mellencamp needs any introduction, then you really do have a massive back catalogue of music to work your way through. New song 'Grandview' signals that a new album is on it's way, and the featured track suggests there are still plenty of ideas and thoughts to be shared from one of rock'n'rolls finest. 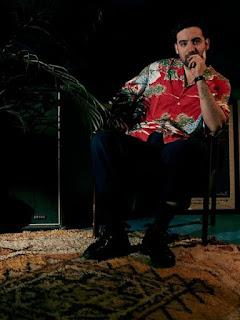 Beginning as Erskine's solo project, the current, psychedelic incarnation of Club Kuru developed through the process of him searching for his sound; one which truly incorporated his influences and character. Joining forces with Graham Godfrey (co-producer and drummer) and close friends Fergus Ireland (bass), Laurence Hammerton (guitar) and Jess Berry (vocals), in 2016 the group built their own studio in north east London and began their journey as a songwriting and production tour de force. "We really wanted to do everything ourselves. It was a case of laying it all out on the table and seeing what worked."

Collectively, the band cite influences from modern day artists such as Mac DeMarco, Tame Impala and Connan Mockasin, to classic greats including Shuggie Otis, Vangelis, Herbie Hancock and Quincy Jones. There's a summery west coast vibe to their sonic output, mixed with some sleazy Americana, but ultimately the band are spearheading something unique; they're putting their British take on a US heritage sound - and it works. Website here, Facebook here.

We featured Club Kuru last June and new song 'Giving In' is another beautiful and melodic track. Dreamy psych sounds flow and twist around, as the vocals sooth. 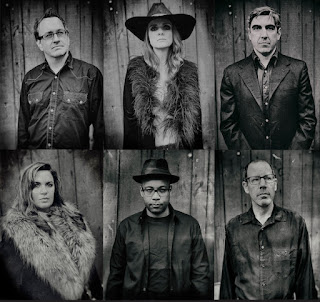 Background - An original booze-sodden cry from America’s trailer park soul. Elouise Walker tells us the story of the song.

Saturn Bar is a sonic homage to my favorite dive in the Ninth Ward. I hung out there whenever I found myself in NOLA. It was long before the big flood. I heard about it from a lawyer after our cars collided outside New Orleans. I asked the nice southern gentleman for a good dive bar recommendation. The Saturn Bar came up.

He did not think I should go there alone and said I may not be able to get a cab out. He warned that most cabs didn't go out there late at night because the neighborhood was dangerous after dark. So of course...I went.

My journey began with a cab driver hopped up on speed. He was sweating, jittery and had a loaded gun on the front seat when he picked me up. He told me he was itching to shoot a car jacker that night because it just became legal.

He kept looking back at me and playing with his gun. In a moment that seemed like it would never end, I stared past the windshield at the southern stars and the black night sky on the other side of the tracks as the train rushed in front of us. In an agitated state, he went on and on about his murderous plans. I thought that was it for me, but sure enough, a few minutes later we pulled up to the dingy corner neighborhood establishment. The street was all dark except for a little old flickering sign with the planet Saturn on it.

In a strangely protective tone, the driver asked me if I wanted him to wait outside. I declined and took my chances with the unknown. I was not sure I was gonna make it out on that one, but I did... and I definitely had earned a few drinks. It was never too crowded when I went there. Just a smattering of local bar flies here and there. O'Neil, the proprietor, was quite the host and would try to get the ladies to try on a pair of pink satin panties he kept behind the bar. He had pictures of past models (I am using that word liberally) that he was more than happy to show to anyone with interest.

A cat sauntered across the bar rubbing it's fur against the container of straws. A chicken wandered about. A cockroach lay belly up right in front of the women's toilet. The beer was cold and the liquor was cheap but the bar was like nothing I had seen. It was dark, mysterious and a hoarders delight. It was scary. It was friendly. It was a whole other level of reality. It was Heaven. It was Hell.

The place was filled with murals and art and curiosities lit up only by colored neon lights. One of the patrons, Mike Frolich, had painted the murals as a make shift art gallery for the local children since it was a poor neighborhood and there were no museums in that area. Demons being ridden by whores, red skies and ships sailing to the New World.

I had long intoxicating discussions that I don't remember with O'Neil, other patrons and the local city trash collector who gave me a ride home in his '67 Ford. With old 12 inch wooden framed speakers mounted to the backs of the vinyl seats, he drove like a drunk bat out of Hell, blaring distorted music and making great efforts to try and run people down. It was a game he played after closing time. Making people literally jump out of the way of his swerving maniacal Galaxy. The journey was other worldly from start to finish. I looked up the bar after penning the song a few years ago and was sad to see that O'Neil, the owner, had died right after the flood. I am sure it was the ruin of his beloved alternate Universe that killed him.

The bands website is here, plus you can also download the track through Soundcloud. I have spoken highly of Elouise before and the chance to feature another track from their incredible album is an absolute pleasure. Put simply the band are unique, exceptional and should be heard! 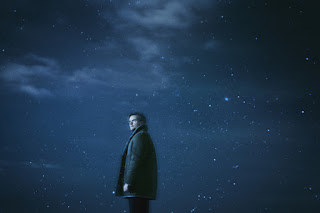 Background -  Growing up on the Nordic coastline, producer Carl Louis has spent much of his career broadening his musical horizons with a number of notable credits to his name. Originally a member of electronic duo CLMD, Louis co-produced a number of notable releases including ‘Stockholm Syndrome’, which went multi-platinum in Norway and was also premiered on Pete Tong’s Radio 1 show. Afterward, Louis left the group in 2014 to pursue his own personal ambitions.

Having spent the last few years producing singles for other artists, including ARY’s debut single ‘Higher’, as well as releasing his own mini-album in 2015, Lewis has now returned to deliver his latest full-length ‘Memory Lane’.

While its title may suggest a more nostalgic sound, his latest material is a smorgasbord of contemporary influences and inspirations. With a largely classical direction, the mix of ideas and directions on his latest release are clear throughout.

Its opener and lead single ‘Come With Me’ sees the producer create an uplifting and powerful introduction, which sees him collaborate once again with Spotify Spotlight artist and ‘Stockholm Syndrome’ vocalist Frøder, and was released on the 24th February 2017 via Toothfairy. Facebook here.

A feast of sounds, beautiful vocals and a rhythmic and melodic vibe throughout ensures 'Come With Me' digs it's hooks in deep. Fabulous song.