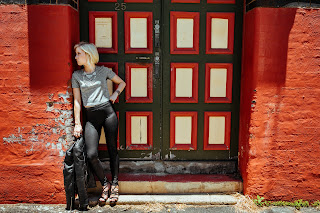 Background - Sera, an alternative pop/rock band from Brisbane, are proud to announce the release of their upcoming EP Call Me Up. The band debuted in February 2016 with their first single “Doubt Around Me”, a swing-pop track that got people singing and earned rotation on 4ZZZ and attention with 96.5FM.

Since their launch, they have released 3 singles and in late 2016 returned to the studio to record their debut EP, Call Me Up. The EP was recorded at Airlock Studios with producer Yanto Browning of The Medics, Kate Miller-Heidke and Art of Sleeping fame and was named for the EP’s focus on confidence and encouraging people to step up and make it happen.

The songs chosen for the EP were their favourites from the newest material, and ‘Doctor’ is the lead single and first taste of the EP. As close friends, they have been playing together for a decade, initially playing a sound resembling Regina Spektor crossed with Paramore. Their songwriting has developed since the band’s inception, and they’ve been able to create a defined pop/rock sound, far removed from where they started. Having played various festivals including the Teneriffe and Caxton Street Food & Wine Festival’s music and performance has become a staple for Sera reaching new audiences. ‘Doctor’ will be in Digital Stores on the 3rd of March Call Me Up EP by Sera will be released 17th of March 2017. Website here, Facebook here.

Fresh and upbeat pop and rock combine to make 'Doctor' stand out in a crowd. The overall production adds depth and detail to the song. It might be a tried and tested musical style, but the band ensure their own personal mark is definitely there, and pretty certain to be noticed. 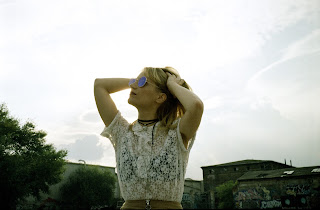 Emma Elisabeth - Dying Inside You.

Background - Emma Elisabeth writes effortlessly flowing popmelodies covering them in a jangly, organic sound. Her sound is distinctive and playful with a very classic approach to songwriting. Her heart is beating for fuzzy rock and country, while pop music is pouring out of her soul. Elegantly intoxicated and somewhat channeling elements of 90's melancholia and 70's vocal arrangements.

Her crush on women like Stevie, Debbie, Dolly, Patti and Marianne is a source of inspiration. As is her fascination with dirty old New York, West Coast Rock and heroes like Lou, Bob and Neil. In a world where everything seems to be so polished and perfect, she's got a thing for imperfections. Because that is what makes someone or something interesting. And why should it be any different in music?

Dying inside you - "To me this song is bittersweet. It's got a smile on it's face but sad eyes, which I guess I had at the time it was written. And it's about not fully being able to understand someone, and getting lost in their beauty, which can quickly turn into a maze which you can't find your way out of. Like a haunted house in an amusement park" Facebook here.

Immediately catchy and with a warm melodic feel throughout 'Dying Inside You' is a pop song with enough rock vibes to give it some additional edge. 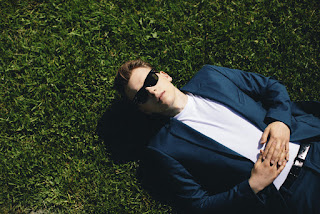 Background - The inspiration for “Shoes” came from a girl that I worked with. I had a massive crush on her and we connected really well, but she was getting married. I wrote this song to get the jealousy and pain off of my chest.

The silver lining to going through pain is what you learn through the situation and of course, the honest songs that come from it. Based on my past experiences, the songs that speak the most to me are the ones that are saying the words I felt but couldn’t find. My hope is that this song will relate to many people’s situations. If they are going through something similar, that they’d find comfort in knowing they are not alone. Facebook here.

It's the vocals that struck me first on 'Shoes'. There is considerable quality within the musicianship, and the melodic feel is quite catchy, however VACAY makes the song, with striking and extremely pleasing vocals. 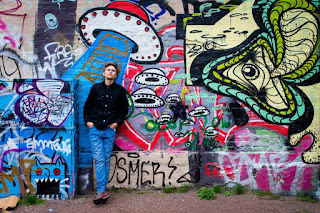 Background - Jacob Johansson (Det Stora Monstret/The Big Monster) is pleased to share the first single from his new project 'Mount Song' today. Intimate, heavy and explosive, 'Halo' is a dark yet optimistic track that explore the sadness that accompanies dealing with life’s demons. Back in 2014, Sweden's biggest music magazine named the self-titled album of Jacob's previous project Det Stora Monstret, their ”Swedish debut album of the year”. The single ”Kolibrins Vingar” (The Hummingbird's Wings) then went straight into rotation on SR P3 and Det Stora Monstret was nominated for both the Swedish GAFFA-award and the Manifest-prize.

Together with his band, consisting of co-producer Filip Leyman (Anna Von Hausswolff, Albert af Ekenstam, Det Stora Monstret), Karl Vento, Knut Källgren and Lovisa Samuelsson, Jacob's songs describe and question the world we live in with an intensity, sincerity and an urgency so strong, it forces you to stop and listen. Both poetic and political, Jacob's songs have been described as "personal and relevant on a global and common existential scale."

Brought up on grunge, his influences range from Nirvana and Pearl Jam to the psychadelic leanings of bands like Flaming Lips and MGMT and he's  equally inspired by the more sombre likes of Jose Gonzalez, Bonnie 'Prince' Billy' and Jeff Buckley. The forthcoming album offers more than a glimpse of these rich influences and with this first track, comes the promise of great things. 'Mount Song' is due out on May 5th via Suncave Recordings. Facebook here.

'Halo' begins in an understated manner, just vocals and acoustic guitar. In fairness the passion within the vocals and a sprinkling of additional backing music is more than enough to ensure another listen (or several) on my part.