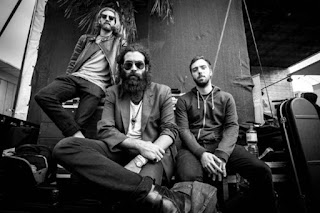 Background - London rock trio Bella Figura announce the release of their new single ‘Didn’t Love You’ on 31st March and the launch of new label Tourino Records coinciding with a week of shows in London in benefit of The Youth Music Charity. Bella Figura have built a strong London following with a sound that has cut deeply into the London scene with cerebral poetic lyricism but also has blown away audiences with its sheer raw power.

Recently packing out major London venues and performing at Larmer Tree, 2000 Trees, The Great Escape, Reeperbahn, the Dr. Martens: Stand For Something Tour and the Music Week Radar Showcase, as well as being selected to perform (solo) for the highly respected Coffee House Tour, the band are on an emotionally charged rollercoaster which looks set to continue to bring them critical acclaim and legions of new followers.

New single ‘Didn’t Love You’ taken from the band’s latest EP ‘Forever Lost’ continues to push the American west coast sounds of the 60’s and 70’s forward in a psychedelic blues driven swirl of intoxicating regret and anguish that nourishes as much as it does engage. Powerfully cathartic yet immediately impacting, the track deals with the labyrinth of emotions and the guarding of the self involved in becoming close to someone which is plainly laid bare in the main track hook lyric: “When I said I didn’t love you, I lied”.

The band’s frontman Justin Gartry, who is in one moment a musical monster and in the next has the sentiment of a gentle giant, is set to become the centre of his own musical scene with the launch of this single coinciding with a week of gigs being setup for some very exciting new artists and alter egos and new musical incarnations of Gartry’s as part of the Give-A-Gig week in aid of the Youth Music Charity and coalescing together Gartry’s own new independent record label Tourino Records. Facebook (live info and more) here.

'Didn't Love You' explains the love Bella Figura have been receiving around London and beyond. The band pack energy and emotion into the song, a timeless rock'n'roll piece where the music and vocals take it in turn to dominate, definitely on our radar. 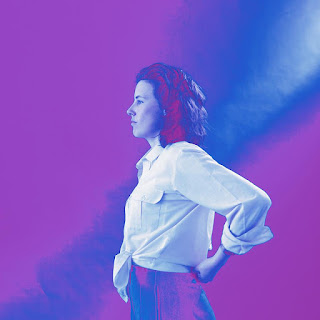 Background - Last year was a fantastic year for Ainslie Wills, she travelled to the UK for her first international tour with shows supporting Grouplove , toured with Bernard Fanning, had a successful Bigsound showcase and charted in the European ITunes Charts.

This year she is heading back to the Europe for a 16 date tour supporting Tom Chaplin (Keane) and will be performing at 2,000 cap venues across the UK. She also has upcoming shows in Melbourne on the 18th April and Sydney on the 19th & 20th April supporting UK soul singer Michael Kiwanuka

Ainslie Wills has just released a live video of her song 'Constellations' at Willow Grove, in regional Victoria, Australia the video was filmed and edited by Wilk.

“All the ingredients of mature pop bliss lie in the work of Ainslie Wills,” said The Guardian of an artist who is as diverse and capable as she is true to her own distinctive, progressive pop sound that captures the listener instantly. A hit outside her home country as well, the EP was picked up in the UK, becoming Lauren Laverne’s Track Of The Day on her BBC Radio 6 programme and played twice on Guy Garvey’s Finest Hour, also on BBC6.

Ainslie Wills and Lawrence Folvig set out to create music that is both musically distinct and earnestly delivered; a feat she achieves through unfalteringly strong vocals and quietly profound lyricism matched with complex, thought-provoking melodies. 2016 promises international forays and the release of more material she has tucked up her sleeve – keep your eyes firmly peeled. Live dates on the Beehive Candy tour page, Facebook here, website here.

Exquisite vocals and harmonies, tease the listener into a relaxed state before the band demand your attention. 'Constellations (Live at Willow Grove)' comes into it's own performed live. One of six songs from the 'Oh The Gold' EP, it's a taste of something very good. 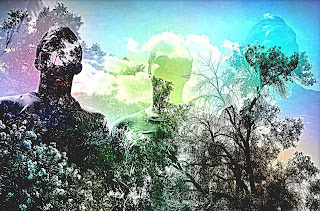 Strange Lot - Have It Your Way.

Background - Strange Lot have shared "Have It Your Way," the title track from their forthcoming LP, out this Friday March 3rd. The track is part of their sophomore record 'Gods & Clods,' coming out this Friday.

Strange Lot's psychedelic sound channels the desert backdrop of their native Arizona. What began in the summer of 2014 as a bedroom solo project for Dominic Mena (guitar/vocals), evolved into a full band, fleshed out by Tim Lormor on drums and David Dennis on bass guitar. Last year, the band supported international acts The Brian Jonestown Massacre, Tijuana Panthers, Night Beats, and Kikagaku Moyo.

Their first full-length 'Another Mind' (2015) reached #73 in the CMJ TOP 200, while The Phoenix New Times named it one of the 20 Best Records of the year. "Hints of early Tame Impala and Mac DeMarco’s nonchalance, the record encapsulates a young band discovering their sound in a pressure-free environment," praised Consequence of Sound.

Drawing upon influences from the bands affinity for Ennio Morricone soundtracks, their upcoming LP, 'Gods & Clods,' touches on the disappearance of middle class in this society. Recorded on an Otari 8-track tape machine, the tracks were mastered by Joe Lambert (Deerhunter, Animal Collective, Washed Out). Facebook here, live dates on the Beehive Candy tour page.

From a simple bass intro 'Have It Your Way' grows into a fabulous psychedelic song, with vocals and music seemingly merging with each other. It took me a couple of listens, however I have to say, this one really has grown on me.