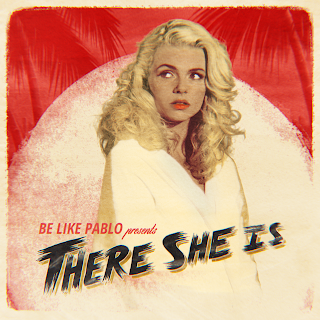 Background - There She Is is the best Be Like Pablo song to date.” says lead songwriter, Ewen Watson, of the mischievous Scottish band. A bold statement to make for a band with a consistent record of quality music behind them, but not an exaggerated one in this case. With influences like The Rentals, and The Cars, the band’s interest in retro imagery and sounds are prominent in the track, yet their trademark Moog synths, and fuzzy power chords help to underline the narrative that runs throughout ‘There She Is’.

The sleek sweet video, produced by the award-winning company, Freakworks, and starring Jerry-Jane Pears (The Royals, Survivor), depicts a Notting Hill-like tale of celebrity vs ‘normality’ and how images in the media blitz society. Watson explains this further,“There She Is tells the story of a high-school crush who left home and grew up to be the most famous person on earth. When writing the song, I could see a music video in my head from the outset: billboards and magazines spectacularly coming to life with their star – a glamourous model - breaking from her still-image form and reaching out to the real world.” Website here, Facebook here.

There is an upbeat indie rock vibe coursing through 'There She Is'. The melody, music and vocals combine to create one catchy song where the hooks come fast and furious. 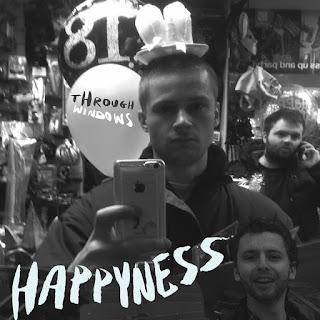 Background - When Happyness first burst into the public conscience with debut single “It’s On You”, their spirited take on US college rock was as big a surprise as it was an instant hit. The resulting full length, “Weird Little Birthday”, went on to feature in many End of Year album lists. Worldwide tours, an NME Award, a re-issue on the much-loved labels Moshi Moshi Recordings (Bar/None in US), and millions of Spotify plays later, it is with some anticipation that the band release new single “Through Windows” from 2nd album “Write In”.

Part-recorded at the band’s own Jelly Boy Studios, then finished with Adam Lasus in LA, Happyness shared some thoughts on the new single: "This started as an instrumental thing on guitar and piano. It was about double the speed. We had to name it immediately to save the Logic file and the name just kind of stuck. The song was written later standing around the piano and the recording was pretty much finished the same day. But the chorus started out as kind of a purposeful mishearing of "Ride Into The Sun" by The Velvet Underground - I used to think it could just as easily be heard as "Right Into...", or "Write In To..." - so maybe it's a song sung to a newspaper, we haven't quite decided yet. About a week after the album was mastered it struck me that the fade out sounds like a car driving into the distance which goes nicely with the words.” Facebook here. Live dates on our tour page.

Our third feature for Happyness and I feel that 'Through Windows' is the best song I have heard from the band so far. Vocals and harmonies are superb, the understated soundtrack is still full of detail, in all, this is a fabulous song. 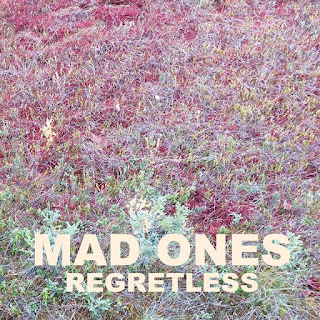 Background from the band - “End Of You” is our new track, the first off our upcoming  full length Regretless, out on March 3.

“End Of You” is an existential meltdown played out over the course of a 3 minute rock song. Initially it was set during the industrial revolution and written from the viewpoint of someone contemplating the value of human life and likely speculating on the existence of an afterlife.

The song is also appropriately suited to the recent rise of right wing populism in the US, the strength of the opposition to it and the sinking feeling we are, as a species, doomed to repeat our mistakes.

In the beginning, the band started out as a duo and we put out our first three records that way. We toured our last album as a trio and it worked out so well that we decided to go into the studio together, Regretless being the result. Website here, Facebook here, tour dates on our tour page.

The band are ultra tight and smooth, the vocals blend in beautifully making 'End Of You' one addictive rock song. Music with a message, delivered in three minutes, and not a moment wasted! 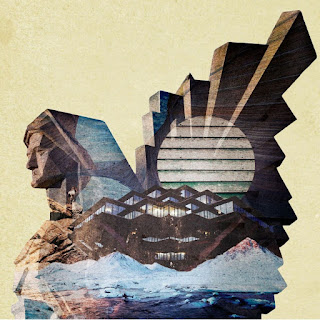 Background - Calcedon means "a faulted vein which runs through a gemstone" -- a truth at the heart of humanity, perhaps. Precious as a gemstone, with a fatal flaw running through.

'Sparrow' is the first single from the upcoming album, which you can hear in full on  March 25, 2017. The tracks on this album straddle the line between experimental and mainstream, progressive and popular. Avant-garde and pop sensibilities collide in this first track.

Moments of simple poignancy and beauty exist alongside those meant to push the listener out of their comfort zone to elicit the question, "Why?"

Ultimately, Calcedon's music is not meant to be easy listening. Instead, it asks the listener to sit with it, trust it, and engage the dissonance. Facebook here.

The vocals are bright and melodic, the soundtrack is a feast of musical sounds that at times seemingly spar with each other, making 'Sparrow' both original and creative whilst remaining highly assessable and most definitely enjoyable. 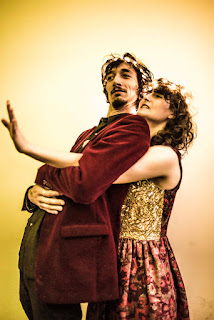 Mischief Night - With Me, Now!

Background - Marcus Kitchen formed the psych rock group "Mischief Night" with his partner Mallory after several years of performing in Philadelphia and a relocation to Brooklyn, NY.

Together, they craft a unique blend of rock, blues, motown, classical, and psychedelia into strong compositions rich with instrumental and vocal layers.

Their first EP, "Baby Toes" was released in May of 2016 while forming the structure for an upcoming full length political album titled "The Great American Worm," due out in early April 2017.  Mischief Night is also embarking on a week long tour of the northeast and Canada at the end of March.

Often compared with rock bands Neutral Milk Hotel or Elliot Smith, Mischief Night has been working and grinding in the NYC music scene for the past couple years with a growing fan base. They are set to release a full length album in the coming months. Bandcamp here.

If I was to describe 'With Me, Now!' as a wine, I would definitely have to say it's full bodied. Actually the song goes way beyond that, with a superb musical arrangement and wonderful vocals and that extra something that has made it an instant favourite. The video is equal to the task of matching the song, what a treat! 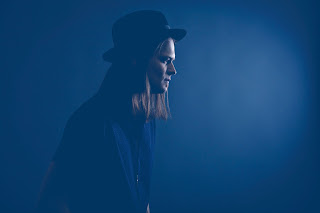 Shane Henry - Save Me.

Background - Save Me is the new single from acclaimed rock blues infused artist Shane Henry. Henry has racked up an impressive list of accomplishments opening for such artists as BB King, Etta James, Buddy Guy, Edwin McCain and the Destroyers.  His new album is produced in part by in part by David Ryan Harris (John Mayer, Dave Matthews, Santana) and Justin Glasco (The Lone Bellow).  Henry's music has been heard on NBC, CBS, Discovery Channel, Hallmark Channel, and the E! Television network.

Passion and purpose tend to go hand in hand, so it’s little wonder that in the case of Shane Henry there’s an indelible bond that fuses his music to his message. One is intrinsically linked to the other. As a singer, songwriter and guitarist, he’s made it his mission to impart the emotion and inspiration he’s accumulated through the sum total of his life experiences.

Henry’s stunning new album, Light in the Dark (due for release April 28), conveys that intent without hesitation. Over the course of its eleven songs, it seals the divide between blues and pop, resulting in a sound that boasts elements of both, while also retaining a freshness, spontaneity, and yes, an instantly infectious and accessible sound that expands his boundaries as both a songwriter and a musician. It brings his career to new heights, the accrued accomplishment derived from a fifteen year journey that spans six previous independent releases -- You’re Comin’ Home (2000), Deliverance (2004), The Love EP (2007), Beauty in the Struggle (2011), and a pair of holiday EPs with Maggie McClure, First Thing on My Christmas List (2012) and Happiest of Holidays (2015) -- a steady diet of touring and solo performances, and continuing praise from his peers. Website here, Facebook here.

Shane Henry creates and performs music that has a pedigree you would expect from an artist with a roll call like the one above. 'Save Me' is powerful, passionate and natural. Rock and blues fans should be more than satisfied with this potent new track.