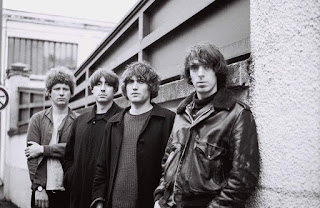 This week the band shares a non-album track; a cover of The Jesus & Mary Chain's "Deep One Perfect Morning,".  Here's a quote from the band about how the track came together: "We've been obsessed with Darklands for a long time now, we just love that record.

It's difficult to differentiate the songs, it feels like a big long pessimistic one, like existentialist Beach Boys music, where the ocean is polluted and the nice cars have been burned or stolen." Facebook here.

This cover version of 'Deep One Perfect Morning' is well worth a share and mention. We have featured The Proper Ornaments four times now, so clearly something they do appeals, on this occasion it's to put their own style and feelings on a distinct original. 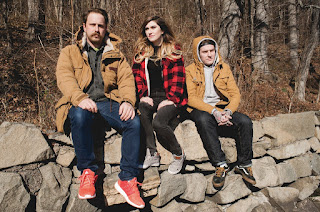 Background - New Jersey-based Outsider Alt-Pop band, Hermano Stereo release their brand new video for "Pretty Brave". The single is from their debut album, Charmed, I'm Sure, which was self-released on January 4th 2017.

The band says, '"Pretty Brave" Is about an invertebrate who takes things too far, too often, and gets lost. Wandering through a dense landscape of shuffling rhythms, washed out guitars, and guttural synths, the invertebrate becomes impaled by sharp bass hooks and is reeled into the sky, where he floats away endlessly, never to return home again." The content is inspired by a true story.

Keeping up with the theme of DIY bedroom recordings, Hermano Stereo are currently working on their second album in yet another bedroom.

It's not often that three enemies come together, but if buffalos can have wings, anything is possible. Singer/guitarist Scott Thomas and bassist Eric Schiwe met in school. Schiwe pulled Thomas' chain wallet, and it broke. The two have hated each other ever since. Singer/keyboardist Montana Loran and Thomas worked together and hated their job, so in turn, they hated each other. The three often played in the same circles, but never together, until 2010. Wanting to test the limits of patience and sanity, the three decided to form a band in the small town of Montclair, New Jersey. Website here, Facebook here.

Alt pop meets art rock with 'Pretty Brave' a delightfully quirky song accompanied by a video that just adds to the whole. 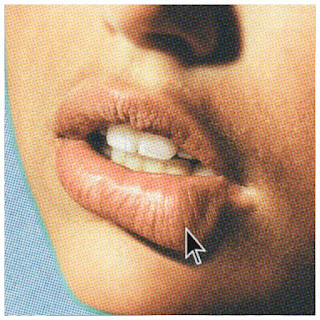 Background - Following her acclaimed debut releases ‘Don’t Tell’ and ‘Intro (Creatures of Habit)’ last  year and early this year, emerging artist Greta Isaac beams into 2017 with her most innovative track yet in ‘You’.

The young welsh artist continues her beguiling mix of inventive, electronic production and acoustic instruments – mandolin, acoustic guitar and double bass are all present here. It’s Greta’s defiant, siren-like vocal however that cuts through, pronouncing her obsession, darkly and sweetly over the track.

Greta’s off-beat, avant-garde visuals for her previous releases immediately placed her in a category above her contemporaries, and whilst musical references point to Regina Spector or an early Julia Byrne, her imagination when it comes to visual output is excitingly unique.

Speaking on the track, Greta states: “’You' is an exploration into obsession and infatuation… The character is infatuated with another person to such an extreme that she abandons her own identity to embody the other person. She quite literally wants to Become them. It’s about how a simple little obsession can develop into something destructively extreme.” Facebook here, website here.

'You' mixes Greta's attractive vocals with a semi acoustic musical backdrop. Sometimes she rises powerfully above the music and sometimes melts deep into the beat, always she remains engaging. 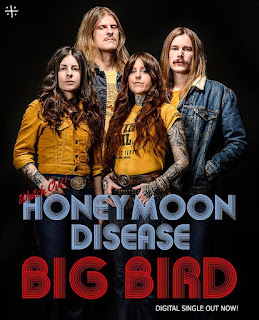 Background - Honeymoon Disease just released their cover of American soul legend Eddie Floyd’s track 'Big Bird’. The track is the B-side from the bands upcoming 7" releases 'Electric Eel’ that will be released 2nd of May on The Sign Records. The 5th of may the band will kick off their tour of Spain and will later this summer head into the studio to record the follow up album to their debut ”The Transcendence” (Napalm Records). The 'Electric Eel’ 7" will be released the 2nd of May on physical format.

Honeymoon Disease is a speedy rock’n’roll quartet from Gothenburg, Sweden. With burning guitar riffs and some sweaty 70’s grooves, this band’s high voltage stage performance will give you a colorful punch right in the face – A glowing black eye with a taste of bands like Thin Lizzy, The Hellacopters and Kiss.

Honeymoon Disease was formed 2014 and only one year after the start they released their debut album ‘The Transcendence’ (Napalm Records).  A well acclaimed debut record which put the band on full throttle and they have been rolling and rocking all over Europe – touring and supporting acts like Imperial State Electric, Graveyard, The Shrine, Horisont and The Vintage Caravan. Website here, Facebook here, tour details on Beehive Candy's tour page.

Honeymoon Disease put their powerful mark on the classic song 'Big Bird' with a solid, timeless rock delivery that demands you pay attention. 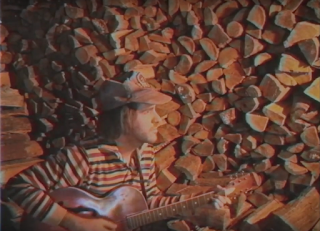 The songs were written slowly & quietly throughout the winter, usually late at night next to the wood stove for warmth. It was recorded in his barn with the doors ajar, welcoming the springtime. The humble recording gear invites the outside noises in. You can hear the crickets chirping with the occasional truck driving by. The songs themselves lend their hand like slow backwoods Beatles demos covered in a thin blanket of tape hiss. John’s voice lulls us in an earthy calmness as he sits hunched like a scarecrow over the piano.

Andrews’ band, The Yawns, has been crystallized with staples from the New England freak scene; Rachel Neveu & Lukas Goudreault (MMOSS/Soft Eyes) & Joey Schneider. All of who have been playing up in the free country for many years themselves and all of who call the same farmhouse home. Facebook here.

Our second feature for John Andrews & The Yawns this time with the brand new video for 'Windmill'. It's a hazy, dreamy track with the vocals and music gently taking the listener along, the melodic vibes create a laid back groove, beautiful. 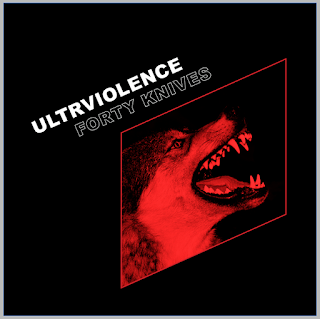 Background - Canadian post-punk band Ultrviolence (based out of Calgary) has announced their new Forty Knives EP, which will be coming out on May 12th via Northern Light Records. They also just shared the moody first single “Guillotine”.

Produced by Jason Corbett (Actors) at Jacknife Sound, Forty Knives is the follow-up to Ultrviolence’s 2016 Black Sea EP, which builds on the bands’ signature dark wave, shoegazey sound. Jespersen's lyrics resonate as cold and eerie as the landscape of the desolate Alberta prairie on which he was raised, where he spent years teaching himself how to play a multitude of instruments while honing his craft. Forty Knives echoes the dark solitude that arises when one allows themselves to be completely isolated from the world.

Since we last heard Ultrviolence, they experienced a lineup change saw members of the Vancouver band ACTORS join forces, with Jespersen remaining the sole original member. With the new lineup, the bands' songs take on a life of their own, staying true to his craft and the sound he’s been cultivating for years, regardless of countless roadblocks and misfortunes that threatened the vitality of the band… if anything, they've only been strengthened. Facebook here.

Post punk with some melodic and quite refined music 'Guillotine' has the vocals spot on, both elegant and natural, as a personal introduction to the band this is a very fine track.