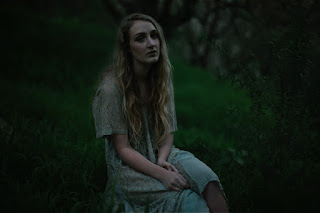 Background - Pascoe is an artist from the isolated streets of Sydney’s day-dreamy suburbia, where small town gossip meets city seclusion. Pascoe is excited to announce the release of her debut single ‘Lorelei’, an introspective narrative of a ruined woman.

After finishing up her music degree, she decided to focus on developing her songwriting. The 22-year-old songstress has been collecting dark tales and crafting them into melodies, capturing an honesty for the mechanics of the human mind.

Seductive synth and thundering drums come together in this brooding marriage of folk and pop to support Pascoe’s sweet vocal as she tells the story of the forlorn siren Lorelei. During a storm driven blackout, she was moved to write about the seductress and the tragedies that befell her lovers.

Produced by Cameron Robertson and Joey Wenceslao of Glades, the dark single tells the tale of a young woman torn apart by the collision of her public and private selves, how she is perceived by herself and others around her. Inspired by the portrayal of women in history and literature, Pascoe observed the intricacies of the relationships around her to construct her own modern take on the fable.

Let this stunning track transport you to the murky depths of the ocean and drown you in a salty reminiscence for poor lonely Lorelei. Facebook here. 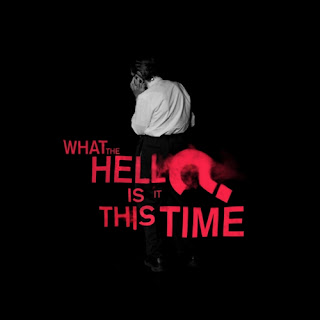 Sparks - What The Hell Is It This Time?

Background - Sparks (featuring Californian brothers Ron and Russell Mael) have just released "What The Hell Is It This Time?", the new single from the highly-anticipated album Hippopotamus (due September 8, 2017). Sparks are famed for writing songs about unlikely subjects and do not disappoint with "What The Hell Is It This Time?" – “an often uttered phrase when people listen to a new Sparks song,” according to Ron Mael.

Recorded in Los Angeles, Hippopotamus sees Sparks take the pop form, shake it up, and create an album that is adventurous, fresh, and idiosyncratically ‘Sparks.' Described as “the smartest, most consistently evolving band in the history of rock”, and internationally-acclaimed as pop pioneers, Sparks’ music has always been innovative and instantly identifiable.

The title track "Hippopotamus" was first played on BBC Radio 6 Music after Sparks' set at the 6 Music Festival in Glasgow. The song was received with delight on its March 24 release. Together, the two songs "Hippopotamus" and "What The Hell Is It This Time?" are now available for instant download with the full album pre-order here, website here, Facebook here.

I've been a fan of Sparks music for rather a long time. Their distinct and arguably totally unique sound never ceases to please my ears. 'What The Hell Is It This Time?' continues their musical journey where seemingly nothing is ruled out (or in). They just continue to create music, it's what they do, and they never disappoint. 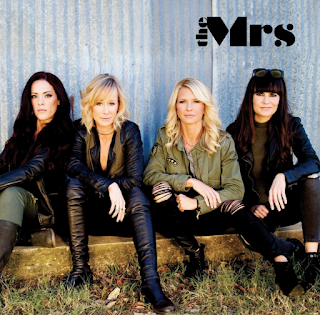 Background - The Mrs combines modern pop sensibilities with soulful, vocal harmonies to create songs as meaningful as they are infectious.

In 2014, The Mrs released their "Magic Mirror" video, which featured their first single, "Enough." It became a viral success, gaining over 5 million views on YouTube, and finding its way onto Good Morning America and The Queen Latifah Show.

It's now been translated into multiple languages by fans. In 2017, The Mrs was a breakout act at SXSW, and released their first full-length album in March of that year. Website here, Facebook here.

OK so I clearly slept through The Mrs viral success that was 'Magic Mirror' and so 'Blink of an Eye' is my personal introduction to the band. I'm not complaining, this is one feisty rock'n'roll tune with bags of passion and hooks galore, a good enough place to play catch up from I would say.

Background - Flemish Eye is happy to announce a new collaboration between two artists from across our country: a limited-edition split 7” featuring Halifax-based Mauno and Saskatoon’s The Avulsions.  The 7” will be strictly limited to only 300 copies and primarily available on the merch table as both bands go on tour over the spring, including dates next week at The Great Escape in Brighton, UK.

The 7” record features a song from each artist,  each one complemented by an illustration by Chad VanGaalen. Some limited copies will be available in the Flemish Eye shop and in select retailers — but mostly you will have to grab one of these from the bands when you see them on tour over the next month!

The Avulsions - Saskatoon, Canada-based band The Avulsions quickly started to make noise after their formation in 2015 — despite only playing 20-30 shows in Western Canada and with only a handful of songs available online. Centred around the songwriting of vocalist, guitarist, and synth player Samantha Renner — who draws inspiration from an extensive background in classical music and a deep reverence for classic noir-pop groups like The Cure and Martin Hannett-era Factory Records acts — The Avulsions envelop her tunes in darkly lush, intricately ornamented arrangements, betraying a superb collective attention to detail and subtlety. 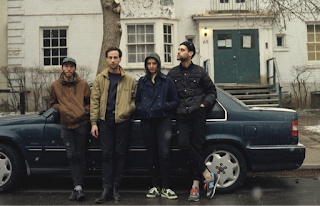 Mauno - Formed in 2014, Nova Scotia’s Mauno has been working relentlessly at bringing their unique pop rock to as many ears as possible. Driven by the collective boredom, excitement and curiosity of its 4 members (Eliza Niemi, Nick Everett, Adam White, Scott Boudreau), they take their various backgrounds in classical, folk, and math-rock and turn it into something unpredictable and new. Mauno plan a  full length album on Idée Fixe in fall 2017.

Two bands and one shared 7" single. The Avulsions provide a powerful wall of sound with vocals a little Nico like (not a complaint!) on the rather haunting 'Mars' song. Mauno are gentler in their delivery with melodic vocals singing above a tight rhythmic musical arrangement. It's an intriguing combination and it works.