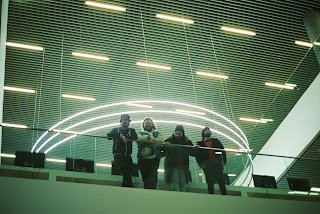 Currently available for pre-order, it features a soulful, fuzzed-out mix of swirling vocals, wailing guitar riffs, and Spacemen 3-style drone, all with a laid-back, '60s-infused vibe.

"...just because Walrus doesn’t seem to take itself terribly seriously doesn’t mean Walrus shouldn’t be taken seriously. These lads can do pretty much anything." - Toronto Star.

Today, the band has detailed their tour in support of the album. The Halifax-based band offered a first taste of the album with lead single "Regular Face" and followed it up with the psych-tinged "In Timely Fashion". Live dates are over on Beehive Candy's tour page, website here, Facebook here.

'In Timely Fashion' is a whirlpool of psychedelic vibes where melodic vocals and rich sounding guitars, create four minutes of aural delight. 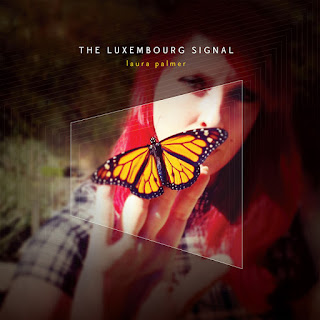 Background - With the release of their first single and debut album on Shelflife in 2014, The Luxembourg Signal quickly found a loyal following among fans of dream pop/indie pop music, and received enthusiastic reviews for their pop sensibilities, angelic vocals and lush soundscapes.

The seven-piece played a handful of shows in the UK and Europe in the summer of 2015 to promote their debut album, including a Sunday evening performance at Indietracks that many cited as one of the highlights of the weekend. 2015 also saw the release of a split 7” single with Soft Science (Test Pattern Records), which featured a remix of Dying Star by Robert Hampson (Loop/Main).

The band returned to the studio in 2016 to complete their second full length Blue Field coming out this fall on Shelflife and Kleine Untergrund Schallplatten. "Laura Palmer" is the first single from the album and one of our favorite tracks of the year. The b-side is a special cover version of "Let's Make Some Plans" by the Close Lobsters.

The Luxembourg Signal will be playing various dates in Germany (TBA) in September 2017 as well as The Paris Pop Fest on Friday September 22, 2017. Website here, Facebook here.

With a pleasing melody and dreamy vocals 'Laura Palmer' is a gorgeous indie pop song, that just builds and builds to a crescendo of musical power. 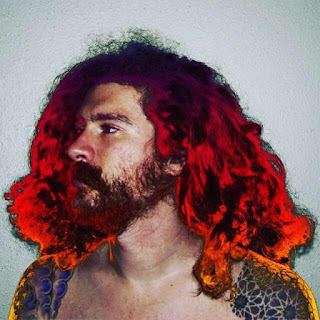 Background - 'La Truth' is the first single released by BUHU that was solely written, produced, recorded and mixed by frontman Jeremy Rogers. The song is a retrospective of Jeremy's guilt in being dishonest with his wife and the strains that keeping secrets can cause on a loving relationship.

La Truth was recorded on a 1990's Korg 8 track multi track recorder. Inspired by the lo-fi recording techniques of Sufjan Steven's Michigan album, Jeremy set out to record a whole new set of "Bedroom Pop" songs that reflect the emotional and complicated relationships he shares with his loved ones and the world around him. 'La Truth' released May 15th on FMF Records

BUHU has also announced the summer 2017 'Love and the Wild' tour in partnership with The National Parks Service. The 'Love and the Wild' tour will take BUHU through Canada, the West Coast and nine national parks. BUHU is doing the tour in advocacy for environmentalism, musicians mental health and the conservation of North America's greatest natural treasures. Live dates are over on Beehive Candy's tour page, Facebook here. 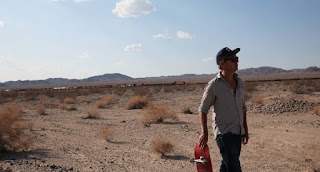 The School Book Depository - A Fork In The Road For Behavioural Science.

Background - The School Book Depository - "A Fork In The Road For Behavioural Science" With this year’s possibly most complicated title The School Book Depository is following up it’s last single ”Salvation” with a both strange and inspiring pop-cocktail. This catchy tune is a psychedelic trip to the outskirts of sanity where groovy, Motown-flavored hip hop meets catchy pop melodies in an awkward universe where absurdity clashes with geniality.

An odd pop gem in a lo-fi outfit that bring both Beck and Eels to mind. When it comes to the lyrics it would probably require a masters degree in both psychoanalysis and behavioural science to figure this one out. The initial line pretty much sets the tone for the lyrical content: “I’m duct taping pork chops under my feet, the comfort it brings, it is stress release for my knees”. If norm criticism is the popular term for this decade, this song sure would be the perfect theme song, bringing the term yet another dimension. Bandcamp here.

'A Fork In The Road For Behavioural Science' deserves to be heard for the song title alone. Our second feature this year for The School Book Depository and it's another superb piece, where the hypnotic rhythm supports a genre defying mixture of vocals and musicianship. 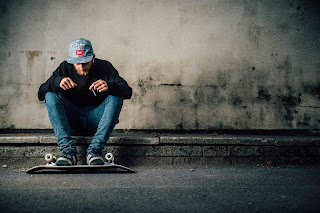 Together they have created a song that musically brings a darker hue to their already distinctive dreamy, surf pop. Emyr is fastly developing to be one of the bravest and singular new creative voices from Wales.

Cymorth is a song "Dealing with the inadequate and destructive advice given to those suffering from mental health". "Mocking the sentences that I (Emyr) have heard time after time during the darkest points of my life" Cymorth is a poetic and emotionally bruising song. There lies the magic of ARGRPH sound, making the universal personal and the personal universal with music that is always emotionally stirring and beautifully uplifting. Facebook here.

Singing from the language of your heart always seems to add an additional layer of feeling as, I would suggest, is clearly the case with 'Cymorth'. The song is somewhere between surf pop and shoegaze, a strange combination on paper and a beautiful one in reality. 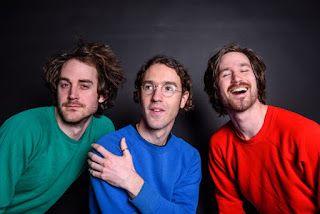 'Limbo's Daughter' is one of the album's more poppy upbeat numbers, and it came together in an unexpected way, cause half the keyboard on the Wurlitzer was out of tune, so I had to play the Wurlitzer and Rhodes set up next to each other -- higher octave on Rhodes. The happy accident moments like this made recording this LP a more exciting experience...One of my favorite things about this song is the little dueling guitar part in the middle that was played by Jake Brady and Jason Quever: Jake's guitar going direct to get that curdled milk tone, and Jason's FDA approved melody line.

"Cremation Songs features just about everyone we've ever worked with and more, which makes me happiest," says Noyes-Watkins. "We have past band members Gregg Belisle-Chi and Lena Simon on it, as well as Jason Quever who recorded The Farewell Party." Andy Meyer engineered and mixed the album at The Unknown in Anacortes, WA, and Carl Saff, based in Chicago, mastered the record. Facebook here.

'Limbo's Daughter' is an engaging and quite timeless sounding song. At the heart of the song are some most agreeable vocals and harmonies, however the musical arrangement and fine musicianship nudge the song up, making the forthcoming album a very interesting prospect.