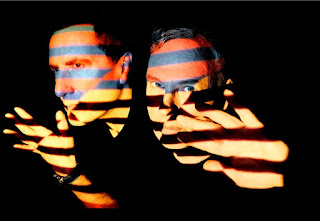 Orchestral Manoeuvres in the Dark - Isotype.

Background - Written, recorded, produced and mixed by OMD – Andy McCluskey and Paul Humphreys – ‘Isotype’ is taken from the duo’s brilliant new album ‘The Punishment Of Luxury’; a daring collection of stylish synth pop and masterful song writing that will rank alongside their very best.

Boasting an infectious synth line and soaring melody ‘Isotype’ sees the band address the issues of communication and technology within the 21st century.  Speaking of the track Andy said ‘"It’s about the modern world where our communication value systems are so reduced that you wonder if we’re actually getting any clear point across’.

Having played a triumphant sold out show at the Royal Albert Hall in May last year, OMD head back out on the road again this autumn for a string of must-see shows, including a show at The Roundhouse November 13th.

The album takes its name from an 1891 painting by the Italian Giovani Segantini and contains everything from the Kraftwerkian ‘Isotype’ and ‘Robot Man’ to the blue eyed soul ballads of ‘One More Time’ and ‘The View From Here’ as well as more traditional OMD songs like ‘Kiss Kiss Kiss Bang Bang Bang’ and the synth heavy title track. Website here, Facebook here.

I am glad I have kept most of my original vinyl albums, of which OMD remain a valued member. It does not seem like thirty seven years ago that I first got so excited by the band. Their new material including the featured song 'Isotype' is just as fresh and pleasing, why say more! 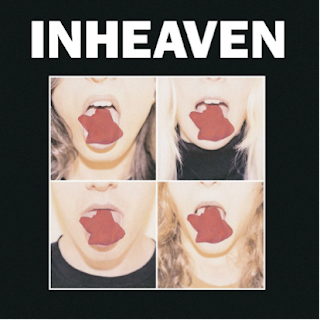 Background - Fresh from a set at The Great Escape that inspired The Guardian to state, “Inheaven leave Brighton's new music shindig shaking”, INHEAVEN’s growing cult of devotees looks set to expand exponentially when they release their self-titled debut album on September 1st. To coincide with the announcement, the band have also shared a new video for their recent track ‘Vultures’ which compiles footage from their adrenaline-fuelled live experience.

Produced by Tom Dalgety (Royal Blood, Pixies, The Maccabees) and recorded at Rockfield Studios, INHEAVEN’s debut is the sound of a band who are set to change the lives of teenagers the length and breadth of the nation, and beyond. The life-affirming energy of their music combined with their individualistic ethos combine to make a band worth investing in beyond simply adding a few tracks to your Spotify playlist.

The album kicks off with ‘Baby’s Alright’, in which a prominent bassline that evokes the arresting openings of bands like The Ramones and The Damned merges into a rabble-rousing melody to make for a rallying call to arms. Although INHEAVEN are best known for evoking Slowdive and My Blood Valentine by layering dreamy vocals on vast waves of distorted guitars on tracks such as ‘Regeneration’, ‘Vultures’ is a very different beast. Its doomy, metallic opening riff erupts into life before Chloe Little’s urgently enunciated vocals provoke a radical change of pace. Not to be outdone, James Taylor’s stream-of-consciousness hook is delivered in a feral rush of punk ‘n’ roll.

Having already confirmed a variety of summer festivals which include the NME / BBC Radio 1 Stage at the Reading and Leeds Festivals, INHEAVEN can now also announce details of an autumn headline tour in support of the album. Live dates can be found on Beehive Candy's tour page. Facebook here.

'Vultures' is a forceful and vigorous, no nonsense rocker that pretty much explains the love this band are currently receiving. Another band where rock'n'rolls legacy is in safe hands. 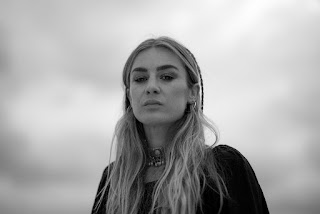 Background - The powerful alt-pop debut ‘Vivienne’ hones in on lo-fi grittiness from The White Stripes while unifying her classic British influences including Massive Attack and Bat For Lashes. Fronted with a distorted, driving bassline that strikes like a marching parade.

The melodies and lyrics are delicate yet powerful & the songs tell tales of escapism. First single 'Vivienne' is a track with a distinctly British edge.

Vivienne Chi comments “I wrote 'Vivienne' about getting through the aftermath of a break-up and that little voice in your head that persuades you to do something stupid. It's about losing control and letting your other, less dignified self take over for a moment.”

Sculpting lyrics and melodies into a catalogue of songs touching on belonging, heartache & the darker sides of London’s excessive lifestyle. This exciting debut is the first of many works from Vivienne Chi. Website here.

There is a beautiful divide between the vocals and the powerful, yet understated musical arrangement on 'Vivienne'. Refrains rather than choruses, seem to break the song up, as debut's go this is one ear catching piece.