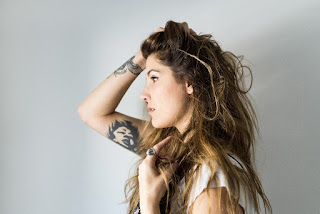 Background - Stranger Body (released Friday June 16th) is a song about resilience and adaptation. Recognising internal change is at once beautiful and terrifying; and although peace of mind may take time to obtain, acceptance of one’s own condition is the first step.

Amelie No has been a part of Quebec City’s music scene for many years now. It all started when she was teenager, playing bass and singing in several punk rock bands in the provincial capital. She eventually turned to a more soulful sound and her voice started making waves across Canada, the U.S. and Europe with folk-rock band I.No back in 2008.

She became a household name last year after she sang her way into the semi-finals on the Quebec version of the hit TV show, The Voice. Her jazzy vocals are now set on new indie-pop music with R&B and soul accents. Facebook here, website here.

'Stranger Body' has a luscious musical arrangement that provides Amelie No, with a perfect backdrop for some soulful and bluesy vocals. Combined they produce a smooth and increasingly powerful genre crossing song. 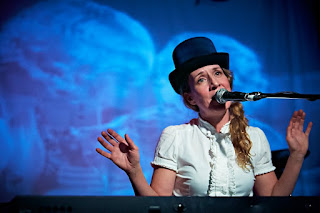 Self-taught composer and eclectic multi-instrumentalist, Katey plays dulcimer, autoharp, piano and percussion, but it is her voice that captivates listeners and has earned her a loyal following.

Soft and vulnerable for a moment, and then suddenly unleashed, it is a powerfully dynamic instrument, drawing comparisons to the likes of Linda Ronstadt, Sia, and K.D. Lang.

It's the engaging, melodic vocals that stand out first on 'Good Little Girls'. As the song unfolds, the musical arrangement develops, both in instrumentation and presence, creating an eloquent and very catchy song. 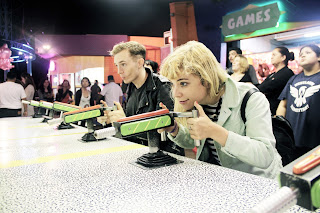 Background - Cody & Danz are teaming up to release their debut EP, Only The Hits, on July 14th via Channel 9 Records in the USA and Tugboat Records in Japan. The two artists both have burgeoning solo projects: Cody Crump and Computer Magic. Cody lives in LA and Danz lives in NYC.

After playing many of LA’s staple venues - from Soho House to The Roxy to The Standard, Cody Crump has plans to tour in the very near future. His music will be featured in the upcoming film “The List.” He has had music featured on HBO's "Leftovers," Showtime's "Penny Dreadful, and most recently his song "Burn" was in ABC's "How To Get Away With Murder."

Danz has toured North America multiple times with acts such as Neon Indian, Ladyhawke and Chad Valley. She’s played the Primavera Festival in Spain, Martini Art Love Festival in Moscow,  and has toured Japan multiple times. She has many shows locally in LA and New York City, so stay tuned for upcoming dates for Computer Magic, Cody Crump and Cody & Danz.

Danz lives in New York. Cody lives in LA. They met one day to write a song. They both liked writing that song so much - that they decided to write more. They became great friends and wrote many more songs. These songs are what you hear on Only The Hits. Facebook here.

'If I Only Had $ome Money' is chock-full of hooks. The synths and rhythm are vigorous, and are accompanied by in sync vocals that add atmosphere and double up on the catchy nature of this song. 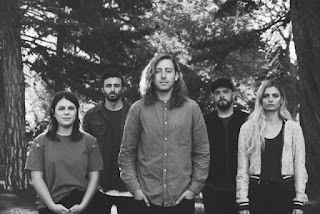 Background - Utah-based alt-folk band, The National Parks, have just released "Places,” the title track off of their much anticipated new studio album. “This a song I’ve been trying to write for a long time,” shares Brady Parks, the band’s multi-talented front man. “In the last four years we’ve toured a lot and, early on, that mostly meant crashing in people’s homes. And a lot of times these were people we didn’t even know - they were friends of friends or people we’d connected with online somehow - but we’d be sleeping on their couches and floors and using their bathrooms and all that. It’s a strangely intimate way to experience the country and it sort of got the wheels turning on this notion of certain relationships that are tied to distinct places.”

“Places” will be released via Rock Love Magic Records, a Los Angeles-based boutique record label that was founded by music veteran, Tyler Barth in 2017. The label’s focus is to release single tracks primarily through digital distribution from an array of artists across the indie, alternative, rock, pop and folk genres. The label is excited to celebrate its first release with The National Parks latest track.

Barth has become intimate with the band’s spectacular growth over the past couple years, and has featured them in several successful Los Angeles-based showcases. “The National Parks is the winning combination of frontman Brady Park’s songwriting and a band that consistently delivers unforgettable live performances,” shares Barth. “I’m overjoyed to be releasing ‘Places’ as the label’s first single. It may just signify that both The National Parks and Rock Love Magic Records are going ‘Places.’” Website here, Facebook here.

Upbeat and with that sing along anthem feel to it, 'Places' is a fabulous and mightily catchy song. Alt folk meets alt rock with this spectacular song, ensuring the forthcoming album really is keenly anticipated!