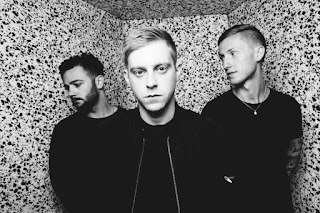 Background - London via Yorkshire band Flawes return with their first new recorded material since 2016’s ‘CTRL’ and ‘UNSPKN’ EPs created a feverish buzz around the trio. ‘Forever’, released last Friday (16th June) via Red Bull Records, is the first track from their upcoming EP, due for official release this Autumn.

“The song is about when you rush into a relationship and everything is ‘perfect’, the other person seemingly has no flaws whatsoever and you find yourself love blind” comments frontman JC. “It goes through the different stages of a battle in your head when realising that they aren't as perfect as you perhaps once thought. In the end, you finally pluck up the courage to set things straight. As a producer Lostboy definitely got our vision for this track and it's been great to work with him”.

With only 2 EPs under their belt, the trio’s gift for dark, alt-electronica and huge soulful, pop choruses didn’t go unnoticed and Flawes were picked up by Red Bull Records who signed them to a worldwide deal at the back of last year’s achievements. The band have since spent the last six months writing and recording between LA and London, with ‘Forever’ being the first track from the studio sessions to showcase material from the next EP. Website here, Facebook here.

Alt rock with a soulful twist ensures 'Forever' soon stands out from the crowd. A top class musical arrangement and equally fine productions adds technical quality, however the passion and feeling makes the song! 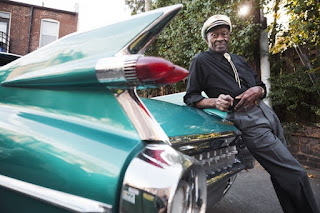 Background - Chuck Berry’s new and final record, CHUCK, has entered the Official Albums Chart at No. 9 – his first UK Top 10 album in 40 years. Released last week on Dualtone/Decca Records, it fought off competition from the likes of Dua Lipa, Hank Marvin and Harry Styles. It is his first UK Top 10 since 1977’s Motorvatin’. A moving new music video to Darlin’ – a duet with his daughter Ingrid – which features family stills and footage, was also unveiled.

Comprised of 10 new recordings, eight of which were written by Berry, CHUCK is his first new album since 1979’s Rock It’. It was recorded and produced by Berry in various studios around St. Louis and features his longtime hometown backing group - including his children Charles Berry Jr. (guitar) and Ingrid Berry (harmonica, vocals), plus Jimmy Marsala (Berry’s bassist for 40 years), Robert Lohr (piano), and Keith Robinson (drums) – which supported him for nearly two decades on over 200 residency shows at the famed Blueberry Hill club. The album also includes guest performances from Gary Clark Jr., Tom Morello, Nathaniel Rateliff and Chuck’s grandson Charles Berry III.  Acclaimed author and historian Douglas Brinkley contributes liner notes.

They were originally conceived as far back as the 1980s, with Berry developing them in his home studio in St. Louis over many years. Some of the songs on down time between tours.  He worked on the album through 2014.  When health concerns forced him to stop touring and recording in 2015, Berry continued to oversee production and planning for CHUCK, enlisting his family and close friend Joe Edwards, the owner of Blueberry Hill, to fulfill his wishes that the album be completed and released. And from album highlight ‘Lady B. Goode,’ a spiritual sequel to the iconic ‘Johnny B. Goode’ featuring ripping solos from three generations of Berry guitarists, to the poignant country balladry of ‘Darlin’, CHUCK truly is a family affair.

“Working on my Dad's record has been one of the best experiences of my life,” said Charles Berry Jr. “I will forever treasure the musical conversations we had, and the time we spent together completing it.” Website here, Facebook here.

I could not let the opportunity to mention Chuck Berry's final album release pass us by, especially as one of the new songs 'Darlin' is available to feature. A sentimental country ballad seems a fitting song to share, and the reflective video is beautiful. 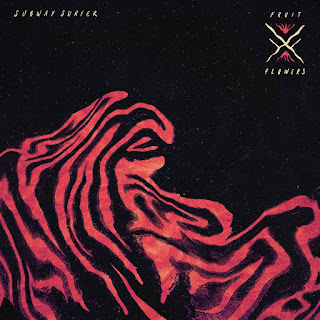 Background - Brooklyn-based "surf noir" garage psych band Fruit & Flowers share their second single, "Subway Surfer," from their forthcoming, debut EP, Drug Tax, due out June 30th via Little Dickman Records. The single comes along with a video, debuted today on She Shreds, who say, "The video gives us a peek into their stellar live shows, which are a lot more than a good-time punk rock party. FxF’s dead perfect vocal harmonies and guitar interplay clearly displays a band operating with a fully formed idea and a love for their respective instruments."

Fruit & Flowers are one of the most active bands in the NYC area, and have been deemed one of "NYC's Hardest Working Bands" by Oh My Rockness. The band embarks on its third tour of 2017 in July to Canada and the Midwest in support of Drug Tax. Fruit & Flowers' exuberant, electric performances draw a local following. Ana Becker's angular, expressive guitar style and Lyzi Wakefield's gritty rhythmic backbone merge a post-punk heaviness with psychedelic warmth. Committed and charismatic front woman Caroline Yoder summons a fervent energy, surrounded by distinct, warm and refreshing three part harmonies, the bedrock of Fruit and Flowers' sound.

Conceived in a Bushwick loft with broken AC during the summer of 2015 by Caroline on bass and Shaw Walters on drums, the band was soon joined by Lyzi Wakefield and Ana Becker on guitars and vocals. The band agreed to play its first show at Northside festival just weeks after formation and wrote the record in a furious fit of hot nights and inspired mornings. The band became fully realized when Shaw handed the role of drummer to Jose Berrio (drummer-cum-art director), whose inimitable style elevates the strong rhythmic character of the band.

Drug Tax was born out of necessity, capturing the grit and rush of New York City summer and the newfound chemistry between the bandmates. Weaving together the perspectives and expressions of the band's multiple songwriters, Drug Tax unfolds to present the unique and varied voice of Fruit & Flowers. Lead single "Out Of Touch" is about the ennui of a missed love opportunity, with soaring, sultry vocals, beachy surf rock riffs and fuzzy bass. Album tracks range from the sultry moody and beautiful "Dark Surf" to the post-gothic title track "Drug Tax."

When we featured 'Out Of Touch last month we described the song as having "sultry vocals, beach surf rock riffs and fuzzy bass". The new single release 'Subway Surfer' is a little more feisty, however the bands surf rock instincts are there, alongside a raft of hooks throughout.