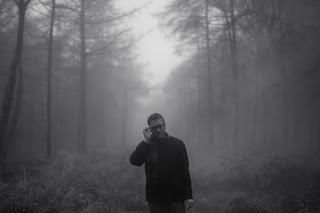 Background - Poignant, dreamlike, beautiful: The Last Dinosaur’s The Nothing is a record to swim in. The brainchild of Londoner Jamie Cameron, it’s an album that addresses a tragic event from his teenage years, and transmutes that experience into a cathartic work of art.

At 16, Jamie had met kindred spirit James Macdonald at music college and recorded the 2004 album Good Morning Sunshine… and Goodnight with him under the name When I Was a Little Girl, a well-received debut through the independent label Where It’s At Is Where You Are. But a year later, Jamie was in a car crash that tragically claimed the life of his best friend. Out for the day with one of Jamie’s sisters and another friend, the car aquaplaned and hit another car at a junction. James’ injuries were the worst among the passengers, and when he passed away, Jamie was in a state of shock.

“I’d had a pretty idyllic life until then, nothing particularly bad had happened,” Jamie says. “That was a difficult experience to comprehend. Despite how harrowing it was, I thought came out of it relatively mentally unscathed, although in hindsight that’s a trick you tell yourself.”

Instead, he began recording with another music college friend, Luke Hayden, as The Last Dinosaur. Jamie’s parents split up, he broke up with his girlfriend, and The Last Dinosaur’s debut album Hooray! For Happiness, covered glowingly by the likes of Uncut, The Line Of Best Fit and more, attempted to come to terms with these experiences, while avoiding the real elephant in the room. “I was doing everything to avoid confronting this really big thing that happened at an age when you don’t generally experience death and loss,” Jamie says.

Afterwards, depression took hold of him, but over the course of years, he began writing, recording and amassing songs that addressed his grief and own fear of dying. The powerful The Nothing began to take shape. “It wasn’t an intention of mine to write an album about dying or anything like that, but I realised after I’d written a few songs that they all were about it in some way. It got to a point where I couldn’t really avoid it. I’d done the divorce album and it was all I was left with, trying to make sense of this thing that happened. Halfway through I realised it was profoundly cathartic, it made me felt less scared of dying.”

The Nothing is uplifting, life-affirming. Its lyrics may tackle the subject of mortality, but the gorgeous, overlapping, interlacing melodies are like drifting in a blissful reverie. ‘We’ll Greet Death’, with its strings, piano, saxophone and acoustic guitar is defiant, possessed of an emotional complexity. On ‘Grow’, Jamie’s lovely acoustic plucking forms the basis for a song about the fragility of life, while ‘The Sea’ is a meditative post-rock movement that begins in a hushed place and concludes over five minutes later in a gorgeous string-laden denouement. Although Jamie professes to a childhood love for R.E.M, Tortoise and most of all, Talk Talk, the music here is very much his own, self-penned and performed with close friend Rachel Lanskey providing viola on most of the songs. “I’ve had a very strong sense of never wanting to copy anyone else’s music, I just want to sound like me,” Jamie says.

Created between 2009 and 2016, The Nothing is a stunning, affecting album that is also a touching tribute to Jamie’s late friend. “Someone called it elegiac,” Jamie says. “I quite liked that notion.” Facebook here.

An album that's taken around seven years to create sets expectations high and the song 'Grow' suggests those expectations are going to be rewarded. It's a beautiful track, tender and touching without being self indulgent, and the arrangement and production is superb. 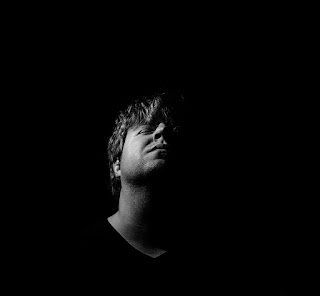 Background - First Blush  is the brainchild of Charles Sekel, a former Julliard pre-college program kid-turned-indie musician. Sekel's music is a reflection of his battle to defeat a continuous cycle of self-destructive behavior stemming back nearly a decade.

From his college days as a classical/jazz musician at the Peabody Institute, Sekel struggled with alcohol abuse and panic attacks, and turned to original music to help with his mental health. Now completely sober thanks to the help of music, a good therapist and assistance from his girlfriend (now wife,) he was able to pull himself out of addiction and confidently release his solo venture.

As dark and heavy as it turned out, the music video for Gold started in a pretty silly place: GIFs. I love a good GIF meme, especially if it's well-placed to maximize its comedic effect. But I began wondering if the concept of GIFs could be used in a more serious, dramatic context to invoke feelings of monotony and dread.

The director, Adio Ash, created a variety of different scenes to explore different aspects of that underlying concept and wove them together in a TV-channel-based narrative arc, to powerful and dizzying effect." Facebook here.

Charles Sekel's vocals are both passionate and powerful when required. 'Gold' is an exquisite song, with a layered lo-fi soundtrack making the perfect backdrop for some wonderful singing. The video is equally artistic and makes for a fine accompaniment. 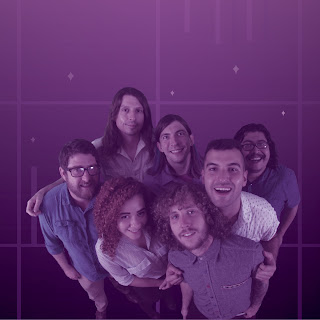 Background - Juxtaposition, the second single from The Human Circuit upcoming album, Electric City, straddles the line musically and lyrically. Lyrically about being stuck between two paths or choices, the music itself reflects this dichotomy by its forward propulsion meeting a certain lighter bounce and its jazz-inflected Indie Rock mixed with a darker melody.

Mat, The Human Circuit, on Juxtaposition: Juxtaposition illustrates a very natural state of humanity; uncertainty. The discomfort of feeling caught in the middle, forever being torn between clear choices with elusive outcomes. It so often seems we are teetering on the brinks of our lifes greatest ambitions and utter insanity.

The Human Circuit is a touring Alternative Indie-Rock band from Austin Texas. Their catchy psychedelic grooves range from the mystic vibes of David Bowie to the intricate arrangements of Arcade Fire. Their most recent album, Frequent Seas (2015) independently charted top ten on public and college radio stations nationwide.

The Human Circuit has performed with bands such as The Zombies, The Octopus Project, Boogarins, The Peach Kings, Smoke Season, Calliope Musicals, Ringo Deathstarr, and has been booked by Transmission Events, C3 Presents, among others. The Human Circuit has performed events and festivals including SXSW, 35 Denton, Pecan Street Festival, and more. Website here, Facebook here.

Our second feature for The Human Circuit and this time we have 'Juxtaposition' the bands second single from the forthcoming 'Electric City' album. It's a vibrant indie rocker, with captivating dual vocals and a sprightly musical arrangement. 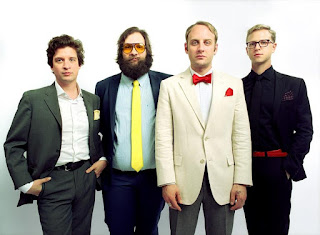 Background - For the first time in four years the acclaimed and beloved band Deer Tick announce the September 15 release of a long-awaited new album...actually, two. Never a group to stand by conventional protocol, the celebrated Providence, RI quartet will release two separate albums of original material, Deer Tick Vol. 1 and Deer Tick Vol. 2 (Partisan Records), recorded at Ardent Studios in Memphis, TN. The two albums complement each other yet reflect completely contrasting styles, both of which accurately represent the two distinctive musical personalities of Deer Tick — quiet and thoughtful / loud and raucous.

Deer Tick Vol. 1 showcases the folk-driven, roots/rock style with right amount of grit, that Deer Tick is known for. Lead singer/songwriter John McCauley is a masterful introspective and observational songwriter, who documents inner struggles and external conflicts with a perfect balance of heartfelt sincerity and wry wit. The opening track "Sea of Clouds" encompasses all of what brought so many fans to Deer Tick in the first place, and also what kept them there. Guitarist Ian O’Neil’s “Hope is Big” and drummer Dennis Ryan’s “Me & My Man” expand on the group’s already dynamic range.

On Deer Tick Vol. 2, the band turns it up and lets it fly with an injection of punk-inspired garage rock at it’s finest. Clever lyrics, infectious hooks and captivating melodies pack Vol. 2 with bassist Christopher Ryan skillfully laying it down with authority and attitude. The propulsion of opener “Don’t Hurt”, edgy pop of “Jumpstarting” and rowdy punk of “It’s a Whale” reveal that there was an obvious Jekyll & Hyde approach to recording Vol. 1 & Vol. 2. Vol. 2 closes with boisterous “Mr. Nothing Gets Worse”, with all three singers taking a verse on a song that would have made The Replacements proud.

Deer Tick defines the term outlier. Their ever-evolving style has never been claimed by any one scene or genre. They encompass key elements of indie-rock, country, punk, pop, Americana, folk and so much more, which is what makes it difficult to nail them down. With Deer Tick Vol. 1 and Deer Tick Vol. 2, the question really is, why would anyone want to? Website here, Facebook here.

Two tracks are shared 'Sea of Clouds' and 'It's A Whale', one from each album. Both have an element of raw and natural enthusiasm, notable vocals and fine musicianship, after that they part ways and genres, and do so with class! 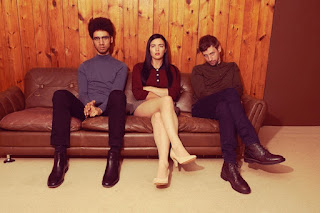 Background - Fassine are pleased to share the animated video for 'Gold', taken from their forthcoming second album, 'Gourami' - released 28th July. "The video for the track is just as dramatic. Animated by James Gilleard, it shows the group, or at least a version of them, retreat to a mountain-top mansion where they’re joined by friends for some time off the grid, or so it seems.

Things soon take a sinister turn, and the real reason for the group’s getaway becomes apparent. The video is just as cinematic as the track itself, so we won't give away any spoilers."

The London trio made a name for themselves last year with their icy, cinematic take on electronic music for ‘Dialectik’, a debut album that saw them gain praise & support from the likes of Spin, Q Magazine, The 405, The Guardian, Giles Peterson, BBC 6 Music and more.

The band have a keen ear for the cinematic with their songs featuring on the backdrop of high-profile American TV drama’s including Sky Atlantic’s The Following, Fox’s Lucifer, Sony’s The Art Of More and more...

'Gold' is atmospheric pretty much from the first few chords. The video add's a level of intrigue, whilst the song mixes beautiful vocals alongside an expansive music arrangement.