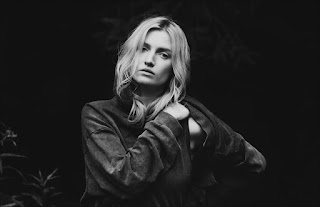 Background - British-born, French-raised and London-based, Hero Fisher (yes, that’s her real name) is returning to release her sophomore LP Glue Moon. Hero’s career has so far seen her collaborate with Alison Mosshart and Boy George in the Mark Ronson-scored ballet Carbon Life, open for The Rolling Stones and Neil Young at Hyde Park, and got shortlisted for the 2014 Glastonbury Emerging Talent Prize. In 2015 she released her debut album, the critically-appraised Delivery which won her fans in The Horrors and Blur.

By turns a blistering rock and roller in the vein of Patti Smith and PJ Harvey, and an experimental folk storyteller à la Jeff Buckley, Hero Fisher resists easy generic categorisation with her protean and filmic musical storytelling. Able to expertly strike a variety of different narrative poses, she is at once the spurned lover and the fired-up rabble rouser, the predator and the prey. With Glue Moon lead single ‘Sylvie’ straddling the line between being a modern love song or a gothic ghost tale, it’s evident Hero has plenty of yarns left in her yet, and from the apparent ease with which she spins them, she’ll reach many more milestones on her creative journey.

Shot in the style of found footage movie making like The Blair Witch Project, the video for Hero Fisher’s new single ‘Sylvie’ is a beautifully eerie accompaniment to her tender and emotive songwriting. Together, the audio and visuals tell a spectral love story. Delicate plucked acoustic guitars morph into orchestral soundscapes rich and cinematic in tone, as staggering as the sublime landscapes encountered in the video by Hero and her unseen partner as they roam deeper into the unknown. On ‘Sylvie’ Hero showcases her prodigious talent, led by a canny ear for compelling instrumentation and sophisticated lyricism. It’s a natural progression from the alt-rock/folk hybridisation found on her accomplished debut album Delivery and an exciting new step in her artistic development. Twitter here, Facebook here.

Delicate and melodic vocals that occasionally surge with power give 'Sylvie' a mixture of intimate moments and impassioned ones. They are accompanied by a multi-layered soundtrack that likewise occasionally dominates the piece, or slips away to the background. A fabulous song. 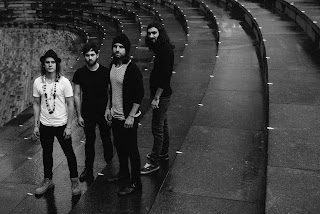 Background - Reckless Jacks is a young indie-pop rock band with an old soul. Before they met, Matt (vocals & guitar), Scotty (lead guitar), Cece (bass) and Dan (drums) sessioned with the best and rocked out on some big stages.

Their strong, introspective music, harks back to an era when songs made you feel and dance. Matt's coarse and powerful vocals will capture your heart. With emotive lyrics that whisk you away on a journey steeped in melody. Songs that sit so comfortably inside you, you’ll think you’ve heard them somewhere before, along with anthemic guitar riffs you’ll be humming for days.

Their first live gig was in front of a packed house at Paris’ Bus Palladium. Taking to the stage where the likes of Hozier, Kasabian and Mick Jagger had gone before them. They went down a storm.

As the house lights flickered back on, several large booking agents approached the band, with talk of potential supports and big festival stages further down the line.  Our boys had work to do.

Pulling the plug on live performances, they locked themselves away for nearly two years. Honing their songs to perfection, living and breathing artist development and becoming producer-ready.
As blood, sweat, tears and fortune would have it, their hard work paid off.

Brit and Grammy award-winning Stereophonics producer, Jim Lowe was hired and an EP recorded at the brand-spanking-new Stereophonics’ studios in London.

From the word go, Lowe could see something exciting unfold before him and dubbed them a future success story in the making. Loving their unquestionable work ethic and breathless ability to learn on their feet, Lowe was soon busy writing new material with them.

Maybe it’s the lads’ multi-Euro background or numerous musical influences, but Jim Lowe is adamant that Reckless Jacks have an appeal that stretches way beyond UK waters. With the right guidance and just a little bit of luck, he believes these boys have the potential to go all the way. Website here, Facebook here.

'Alone' is an ardent, earnest rock'n'roll song, where the band are tight and gritty, the rhythm intense, and the vocals standout with heartfelt determination. 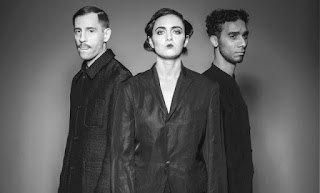 Background - Fassine are pleased to share their latest single 'Ursa Minor' taken from their forthcoming second album, 'Gourami' - released 28th July. Fassine say: "'Ursa Minor' is our ode to Bowie's passing. He is one of our great obsessions and we wait for the ache to pass."

The London trio made a name for themselves last year with their icy, cinematic take on electronic music for ‘Dialectik -  a debut album that saw them gain praise & support from the likes of Spin, Q Magazine, The 405, The Guardian, Giles Peterson, BBC 6 Music and more.

Lyrically dark and musically complex, Fassine’s sound has a hint of Trent Reznor’s influence and sits alongside the cinematic, lyrical qualities of Unkle and the minimalistic bend of Berlin-era Bowie. Their aesthetic encompasses the oppressive, cold and austere atmosphere of 1970’s and 80’s British TV drama and dares the listener to enter the group’s stark, cold world.

The band have a keen ear for the cinematic with their songs featuring on the backdrop of high-profile American TV drama’s including Sky Atlantic’s The Following, Fox’s Lucifer, Sony’s The Art Of More and more...
Fassine recently featured on artist Robot Koch’s haunting track, Spine and also re-worked his latest single ‘Heart Is A River’ released on Monkeytown Records. Website here, Facebook here.

'Ursa Minor' has an expansive soundtrack that includes powerful synths and intricate beats. Vocals are emotionally engaging, as they dreamily glide above the superbly lush music.