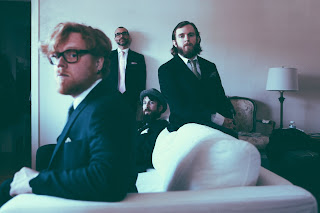 Hoots & Hellmouth - The Down Part of Town.

Uneasy Pieces was recorded at Mt. Slippery studios and mastered by Fred Kevorkian at Kevorkian Mastering. The album is released in limited-edition, hand-numbered black vinyl; MP3 and WAV downloads are available.

Following The Giving Groove’s “artist-friendly, socially conscious” model, Hoots & Hellmouth will donate half of all album proceeds to Pass the Beat, which brings instruments, lessons, and other music education resources to disadvantaged children around the world. Website here, Facebook here.


'The Down Part of Town' is gently melodic, with the vocals almost immediately adding a sense of passion and determination that need to be heard. The band are tight and build the groove slowly into a powerful matching piece. This is top notch roots rock, leaving me in anticipation of whats to follow. 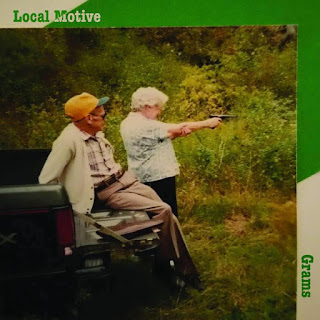 Background - As a followup to their debut 4-song EP, “Superconductors,” this new album captures the electric energy of a Local Motive performance, bursting with lyrical messages, irresistible soulful melodies, and the spirit of old-school rhythm & blues.

The “Grams” LP is bookended by “Twig” & "Symbiosis" to begin & end on a hopeful note, lyrically & musically, but the album also delves into darker tones, commenting on universal struggles of identity on tracks like “Killer” & “High Life.”

Influences of soul legends are apparent in both the singing of Chilean vocalist, Daniella Rojas & Chicago-native, Mike Vinopal, along with their contemporaries like Alabama Shakes, The Black Keys, & Gary Clark Jr.

This powerful new record from Local Motive is a fully-realized statement of new songs from the band that flows from start to finish, with loads of hooks that you’ll be whistling to yourself the next morning. Bandcamp here, Facebook here.

The first song on 'Grams' is the vibrant and sprightly 'Twigs'. Duel vocals and harmonies are matched by some zesty musicianship, in what is a soulful, bluesy, rock song. The band just build from the opening number, with a mixture of lyrical themes, sometimes quite deep, always surrounded by top quality musical arrangements and naturally passionate vocals. Overall I am very impressed with the bands ability to bring a fresh & dynamic sound that mixes old school styles with modern techniques and does so to such a high and consistent standard. 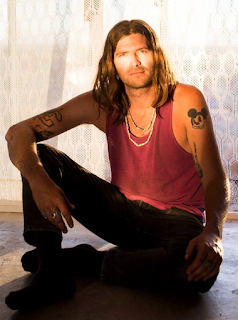 Background - Grant Earl Lavalley is an American singer-songwriter.  Ohio’s misfit son exposed to harsher California desert landscapes delivers on the long lost love letters you waited for at the mailbox all of those years. Hoping for a promise of return, you receive word of yet another lonely voyage.  Are you remembered?

Isolation waters the fertile land stretching out in all directions.  LaValley’s unapologetic crooning calls the banshees back from the frozen wilderness and welcomes them into his modest desert cabin.

A small crew of creative visitors contribute to LaValley’s debut full length, From LaValley Below.  Harmonica, lap-steel, and female vocals move around acoustic guitar, all the while the crestfallen and introspective lyrics roll downstream like gravel under water, catching the light and sweeping the riverbank grasses along with it.  A kindred spirit with contemporary songwriters like Ryley Walker, LaValley also conjures images of a gothic Gene Clark collaborating with a desert-dwelling Bonnie “Prince” Billy---with the blessing of Townes Van Zandt.

LaValley’s songs are infused with communalism and camaraderie.  However, the album’s creation was not without incident.  One day while recording, an unknown neighbor of LaValley’s in the Joshua Tree desert---apparently unnerved by the recording session going on up the hill from their fortified desert home---fired multiple rifle shots into the cabin where LaValley and company were working.  Thankfully no one was injured by the potent incursion, but perhaps the incident cast a shadow on the album’s recording.  Ultimately, From LaValley Below proves that beauty is bulletproof.  We believe that Grant Earl LaValley’s debut full-length illustrates this maxim both literally and figuratively. Soundcloud here.

'Grant Earl Lavalley has put out an enticing lead song with 'The In-Betweens' a refined track where his vocals are deep, rich and delivered with passion. It's the first of nine tracks on the album, which builds in depth and creativity as it progresses. 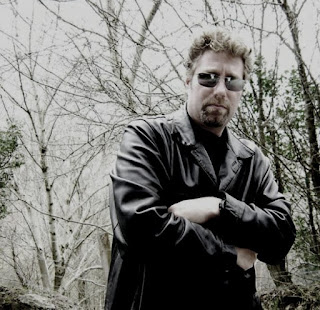 Background - Arctic Dub (Sursumcorda) has announced it will release a new single from Dave Wesley, a veteran experimental dub techno and ambient producer and DJ from Minneapolis, who is now based in Porto, Portugal.

Called “Laranja Swadhisthana 67_5 - EPv1”, this new single is comprised of two tracks, transmitted to us from a beautiful but “lonely ceremony place”. The spectacular single is, in his words, “constructed with the principles of sacred geometry and tuning… using parts of the north and the south… and with the fury.”

Dave Wesley’s music style integrates chill, dub techno, experimental, and ambient genres. His music revolves in the same realm as Michael Brook, Brian Eno, Passion-era Peter Gabriel, Deepchord (a.k.a. Rod Modell), output from Echospace Recordings and Basic Channel. It is also shares similar vibes as the work of Philip Glass, for whom Wesley even remixed 'Why Are We Here?' for the Philip Glass album 'Glass: Glasscuts', released on his own label Orange Mountain Music, in addition to DJing at the NYC release party for this album.

Those of you who have visited Beehive Candy over a longer period of time might have noticed that high quality ambient music, alongside the occasional dub track have appeared on here when received. 'Laranja Swadhisthana 67_5 - EPv1' combines these genres in a creative and imaginative manner, in fact this is beautifully addictive music. I would even reference Krautrock pioneers Can, from their 'Soon Over Babaluma' era. Fabulous!